Tony Bennett is celebrating his 90th birthday in a huge way, with a star-studded concert event. The special Tony Bennett Celebrates 90: The Best Is Yet to Come airs tonight and we’ve got all the information on who’s performing at the show, what time it broadcasts, what channel to watch and everything you can expect to see. Read on below.

LIVE STREAM: Click here to check out how to watch the special online via live stream.

SOUNDTRACK: A CD titled “Tony Bennett Celebrates 90,” features musical performances from the broadcast and there is a deluxe 3-CD package which includes a companion CD plus two additional CDs, which have rare and never before released archival studio, as well as live Tony Bennett recordings. This is available exclusively on Amazon. Click here to check it out.

OFFICIAL NBC DESCRIPTION: NBC will commemorate the 90th birthday of one of America’s most treasured musical icons, Tony Bennett … The program is hosted by Alec Baldwin and includes performances from music’s leading artists and special birthday tributes to Bennett. In addition, there will be “retrospective segments featuring Bennett’s personal reflections on his extraordinary life and career highlighted with archival footage and photos.” 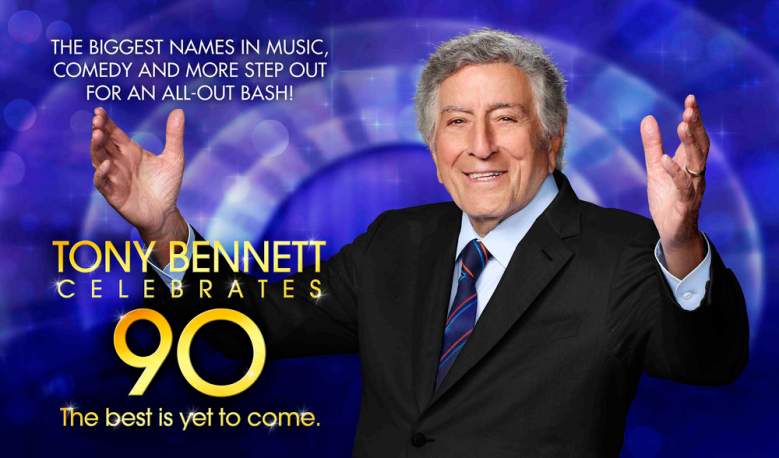