Who’s hosting SNL tonight? Emma Stone! That’s right– Easy A fans will be happy to know that the 28-year-old actress is taking over as host tonight on Saturday Night Live, and she’ll be joined by musical guest Shawn Mendes.

Mendes is just 18, and is perhaps best known for his hit single Stitches which reached the top 10 in the US and Canada, and number one in the UK. Check out the music video for the song below.

Emma’s new film La La Land, is set to be released in theaters next Friday, December 9. The movie stars Stone opposite her regular co-star, Ryan Gosling, and has been described as a romantic musical comedy-drama. This marks the third film in which Stone and Gosling are featured as lovers.

According to Hollywood Life, Mendes had to miss performing at Jingle Ball in San Jose on December 1 because he was sick. NBC hasn’t announced a change to the lineup, though, and on Thursday, they posted some promo clips featuring Shawn and Emma, so it seems Shawn is feeling well enough to perform!

When you remember that Emma Stone is hosting #SNL tomorrow. pic.twitter.com/OJs7lVa4aN

Emma was born in Scottsdale, Arizona, and made her acting debut at age 12 in a theater production of The Wind in the Willows. When she was a teenager, she and her mom moved to LA so she could pursue an acting career. Stone’s television debut came at 16, in VH1’s In Search of the New Partridge Family, which ended up being an unsold pilot. Her film debut came in the fan-favorite film Superbad in 2007, which earned her a Young Hollywood Award. Emma’s 2010 comedy, Easy A, earned her a BAFTA Rising Star and Golden Globe.

Shawn Mendes, meanwhile, was born in Toronto, Ontario. He started posting cover videos on Vine in 2013, and gained a huge following. By August 2014, Mendes was the most followed musician on Vine. Shawn became the youngest artist to debut in the top 25 on the Billboard Hot 100 in 2014, with his song Life of the Party. That same year, he won the Teen Choice Award for Webstar in Music. 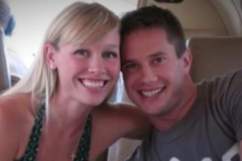 Read More
Celebities, Emma Stone, Shawn Mendes, SNL
Who is hosting SNL tonight? Who is this evening’s musical guest? Find out all the details here.