'A Series of Unfortunate Events' Cast

Tonight, A Series of Unfortunate Events will become available on Netflix at 12am PT/3am ET. The show's plot will follow the books closely, and the eight-episode season will cover the first four novels in the series: The Bad Beginning, The Reptile Room, The Wide Window, and The Miserable Mill. Neil Patrick Harris will be playing Count Olaf, who goes after Violet, Klaus, and Sunny Baudelaire's inheritance. The show has received positive reviews from critics, and as of Thursday, wowed with an impressive 94% on Rotten Tomatoes. According to a review by The Verge, it manages to appeal to people of all ages by taking its audience seriously, "refusing to dumb down its content." Netflix first announced their plans to adapt the novels with Paramount Television in November 2014, and in September 2015, it was announced that Barry Sonnenfeld would come on as director. The casting of Violet and Klaus was announced on December 3, 2015, and Neil Patrick Harris's casting was announced in January 2016. Click through our gallery to learn more about the cast of Netflix's A Series of Unfortunate Events. (Getty) 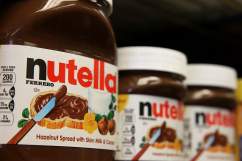 Study Suggests Ingredient in Nutella Could Cause Cancer: 5 Fast Facts You Need to Know 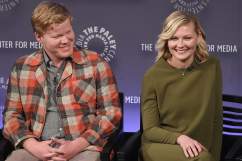