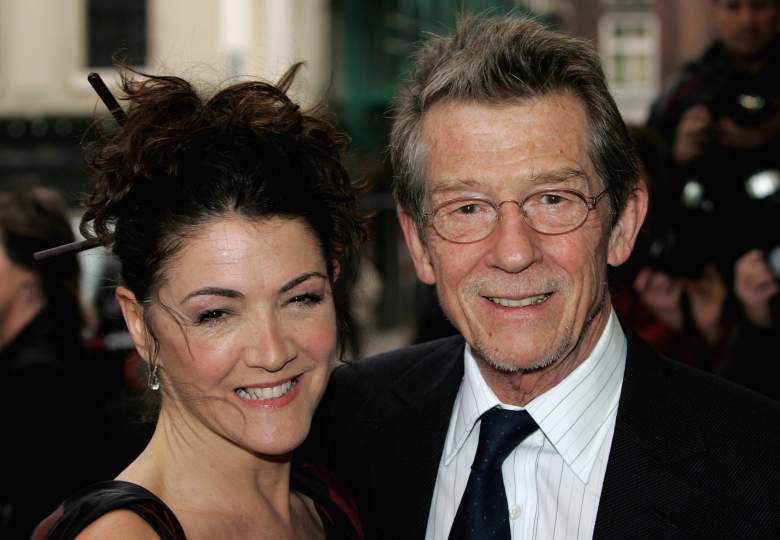 Sir John Hurt, who died on January 27 at age 77, was married to producer Anwen Rees-Myers, his fourth wife. The two married in 2005.

Hurt’s death was first reported by The Mirror. In June 2015, he said he was diagnosed with pancreatic cancer. However, in October 2015, Hurt said his cancer went into remission.

Hurt’s agent confirmed the actor’s death to the BBC. Hurt was best known for his Oscar-nominated performances in The Elephant Man and Midnight Express. He also starred in Alien and the Harry Potter films.

Here’s a look at Rees-Myers’ career and her relationship with Hurt.

1. Rees-Myers Said it Was ‘Love at First Sight’ When She Met Hurt 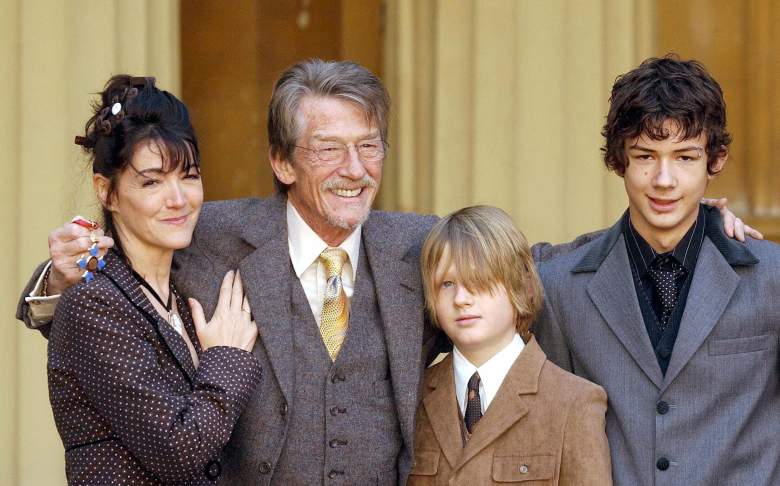 John Hurt with Anwen Rees-Myers and his two sons from his previous marriage, Nicholas and Alexander, in 2004. (Getty)

In an interview with Wales Online before their wedding, the 60-year-old Rees-Myers said it was love at first sight with Hurt. The two met at a London restaurant, where they were dining out in different parties.

“It was very close to being love at first sight,” she said. “Obviously I had known a lot about him for a long time – John the icon. We went out only a couple of times before we realized it was special. We’ve both been married before so we took it slowly and wanted to get it right.” 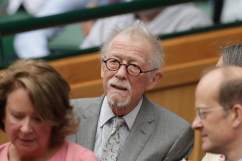 John Hurt Cause of Death: How Did the Actor Die?

2. Rees-Myers Was Married Twice Before Tying the Knot With Hurt 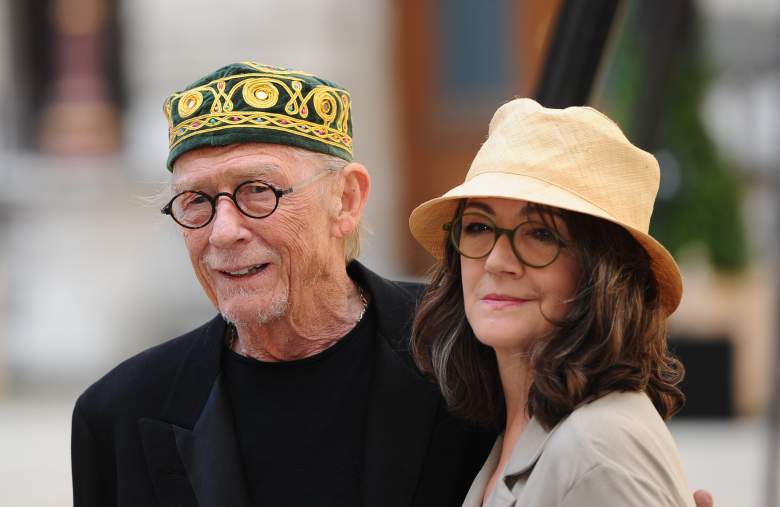 According to WalesOnline, this was Rees-Myers’ third marriage. She was a singer and actress, but decided to become a producer instead. She produced commercials and music videos for Mad Cow Films.

“I will never get used to people saying, ‘Can I shake your hand you mean so much to me,’ and that’s wonderful. It’s the best kind of attention because it’s based on affection and not celebrity for its own sake,” she told Wales Online.

In that interview, she also said she loved Hurt’s “hellraiser” tag.

“It’s a facet of him and he wouldn’t be the person I love without that facet,” she told the site. “He’s very intelligent, sensitive, and caring and not scared to be vulnerable. He’s immensely funny and we spend a lot of our time laughing. And he’s also gorgeous.”

Rees-Myers is the daughter of the late designer Donald Rees.

3. Hurt Credited Her With Helping to Save His Life While He Battled Cancer & Alcoholism 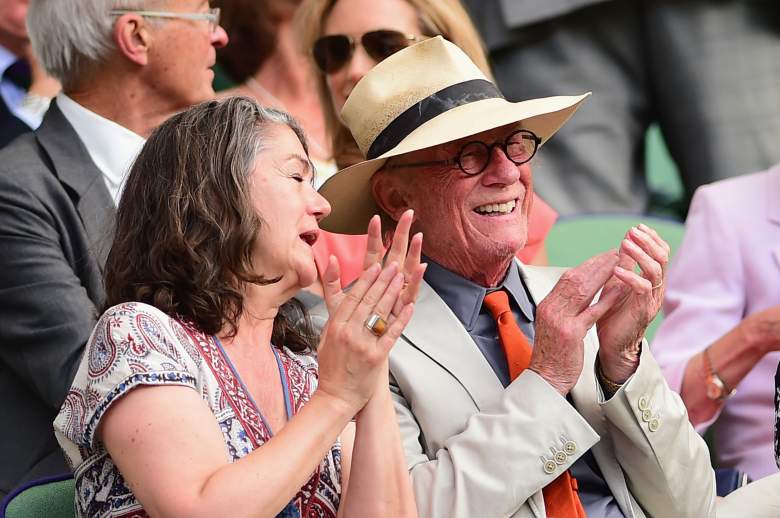 In a 2015 interview with The Express, Hurt credited Rees-Myers with saving his life. “All I want to do now is work, paint and spend as much time as possible with my wife,” he told the paper.

He also told the Express that Rees-Myers helped him with his fight to stay sober. She didn’t force him to stop drinking, “but she has certainly been very helpful in that respect.”

Also in that interview, he described his wife as a “Welsh Brummie” who is “perceptive,” “sexy” and has “a wonderful singing voice.”

4. The Couple Lived in Cromer, on the North Norfolk Coast 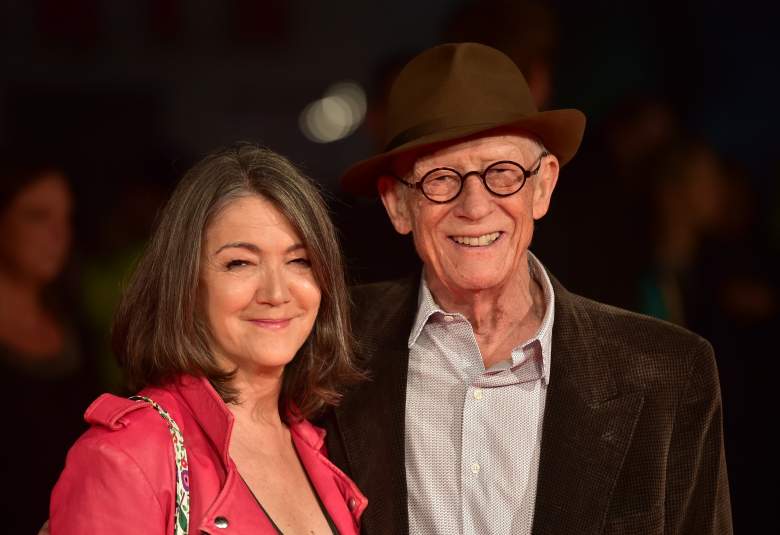 The couple at the 2015 premiere of Suffragette. (Getty)

In 2012, Hurt was interviewed by the Eastern Daily Press. In that interview, he talked his life at his home near Cromer on the North Norfolk Coast in England. There, he liked to garden, paint and train their terrier.

“It’s a wonderfully empty county. I like the space, which is difficult to find in this country,” Hurt told the paper.

The Eastern Daily Press found a Hurt who looked fondly back on his 50-plus years in film and on the stage. In 2012, he received an honorary BAFTA Award for his contribution to cinema.

“I am most grateful and very touched because it is being given to me in the country which allowed me to do what I want to do all my life,” he told the paper about the honor. “I was completely surprised and it is totally unexpected. It is wonderful to be recognized by one’s profession but it is difficult to know what I have done to deserve it.”

5. She’s Produced 3 Movies, Including 1 That Featured Hurt in a Small Role

According to her IMDb page, Rees-Myers has produced three films. In 2011, she produced Regret Not Speaking with Hurt and in 2012, she produced In Love With Alma Cogan, which featured Hurt in a small role. In 2016, she produced ChickLit. Both ChickLit and Alma Cogan were directed by Tony Britten.

Rees-Myers also appeared in an episode of the 2008 TV documentary series A Taste of My Life. 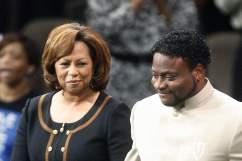