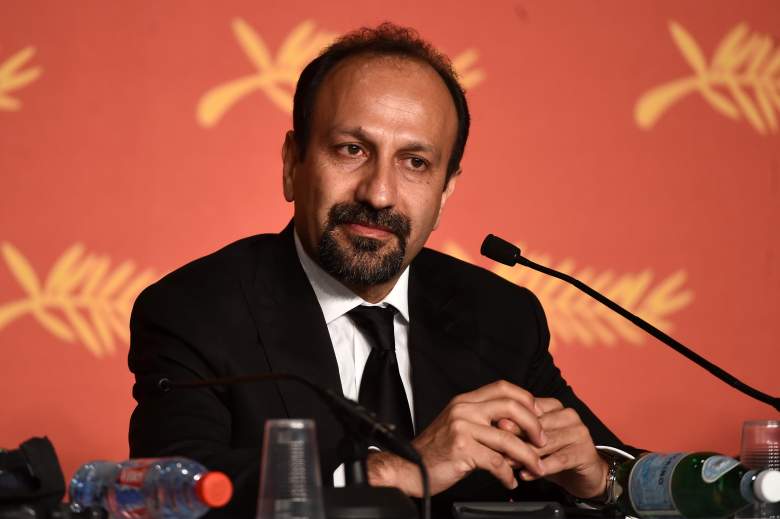 Asghar Farhadi, who won the 2012 Oscar for Best Foreign Language film for A Separation, will not be able to attend the 2017 Oscars because of Donald Trump’s ban on Iranian immigrants. (Photo by Ian Gavan/Getty Images)

Asghar Farhadi, the acclaimed Iranian filmmaker whose latest movie was nominated for the Best Foreign Language Film Oscar at the 2017 Academy Awards, will reportedly not be able to attend the ceremony thanks to President Donald Trump‘s executive order that puts limits on immigration from Iran. Farhadi said in a statement on January 29 that he has decided not to attend the ceremony.

Farhadi already won an Oscar for 2011’s A Separation, and when he accepted that award, he famously acknowledged how politics had kept Iranian culture hidden from the world.

The 45-year-old Farhadi is married to fellow Iranian filmmaker Parisa Bakhtavar and the two are parents to two children. Their daughter, Sarina Farhadi, starred in her father’s A Separation. Farhadi was born in Homayoon Shahr, which was renamed Khomeyni Shahr after the Iranian Revolution.

Here is a look at Farhadi’s career and why he won’t be able to attend the Oscars. 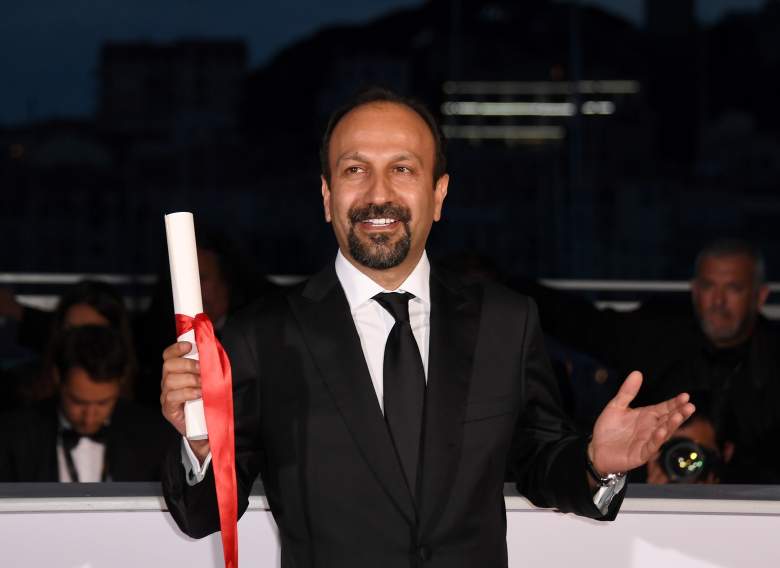 The executive order Trump signed on January 27 bans any immigration of any kind from seven Muslim-majority countries for the 90 days following Trump’s signing of the order. Within those 90 days is the 2017 Academy Awards, which take place on February 26, 2017. Here’s a section of the order that will bar Farhadi from attending the ceremony:

To temporarily reduce investigative burdens on relevant agencies during the review period described in subsection (a) of this section, to ensure the proper review and maximum utilization of available resources for the screening of foreign nationals, and to ensure that adequate standards are established to prevent infiltration by foreign terrorists or criminals, pursuant to section 212(f) of the INA, 8 U.S.C. 1182(f), I hereby proclaim that the immigrant and nonimmigrant entry into the United States of aliens from countries referred to in section 217(a)(12) of the INA, 8 U.S.C. 1187(a)(12), would be detrimental to the interests of the United States, and I hereby suspend entry into the United States, as immigrants and nonimmigrants, of such persons for 90 days from the date of this order (excluding those foreign nationals traveling on diplomatic visas, North Atlantic Treaty Organization visas, C-2 visas for travel to the United Nations, and G-1, G-2, G-3, and G-4 visas).

Travelers from Iran, Iraq, Libya, Somalia, Sudan, Syria and Yemen are barred from entering the U.S. under the order. Although the executive order references the attacks on September 11, 2001, none of the plane hijackers came from any of these countries.

National Iranian American Council President Tira Parsi confirmed on Twitter that Farhadi will not be able to attend the ceremony.

Confirmed: Iran's Asghar Farhadi won't be let into the US to attend Oscar's. He's nominated for best foreign language film…#MuslimBan

The Academy of Motion Picture Arts & Sciences, which picks the winners for the Oscars, released the following statement:

The Academy celebrates achievement in the art of filmmaking, which seeks to transcend borders and speak to audiences around the world, regardless of national, ethnic, or religious differences. As supporters of filmmakers—and the human rights of all people—around the globe, we find it extremely troubling that Asghar Farhadi, the director of the Oscar-winning film from Iran A Separation, along with the cast and crew of this year’s Oscar-nominated film The Salesman, could be barred from entering the country because of their religion or country of origin.

Farhadi has released a statement to The New York Times, confirming that he will not attend. Here is his complete statement:

I regret to announce via this statement that I have decided to not attend the Academy Awards Ceremony alongside my fellow members of the cinematic community.

“The possibility of this presence is being accompanied by ifs and buts which are in no way acceptable to me even if exceptions were to be made for my trip.

“To humiliate one nation with the pretext of guarding the security of another is not a new phenomenon in history and has always laid the groundwork for the creation of future divide and enmity. I hereby express my condemnation of the unjust conditions forced upon some of my compatriots and the citizens of the other six countries trying to legally enter the United States of America and hope that the current situation will not give rise to further divide between nations.” — Asghar Farhadi, Iran

2. The Story of Farhadi’s ‘The Salmesman’ Involves a Production of an American play, ‘Death of a Salesman’ 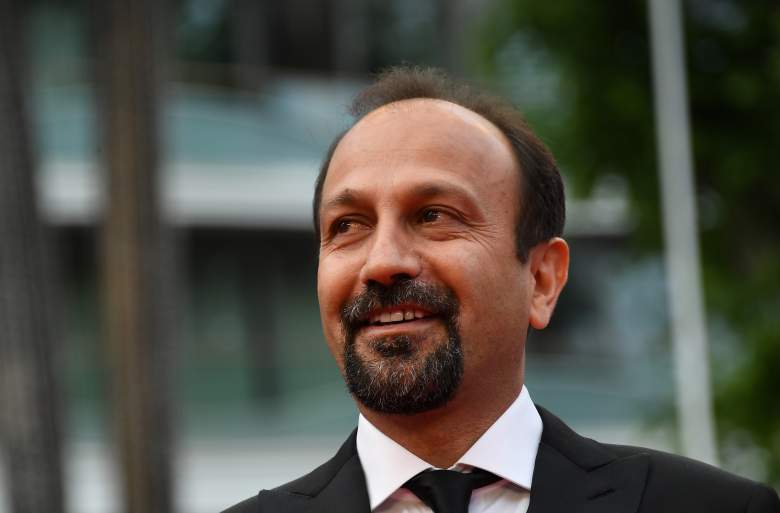 Farhadi’s The Salesman is just now starting its limited theatrical run in the U.S. The film, which is in Persian, English and French, stars Shahab Hosseini and Taraneh Alidoosti as a young couple starring in a local production of an American play: Arthur Miller’s Death of a Salesman. Their lives take a surprising turn when they move into a house that belonged to a prostitute.

The Salesman is Farhadi’s seventh film. It follows 2013’s The Past, which starred French actress Berenice Bejo.

Farhadi is a great admirer of America’s great filmmakers. In an interview with Vulture, Farhadi said that he watched films be Martin Scorsese, Francis Ford Coppola, Elia Kazan and Stanley Kubrick. Raging Bull and The Godfather heavily influenced his work. He likes films that move at a slower pase because audiences “were encouraged or allowed to think.”

3. Taraneh Alidoosti, the Lead Actress of ‘The Salesman,’ Already Vowed to Protest the Oscars Because of Trump’s Visa Ban 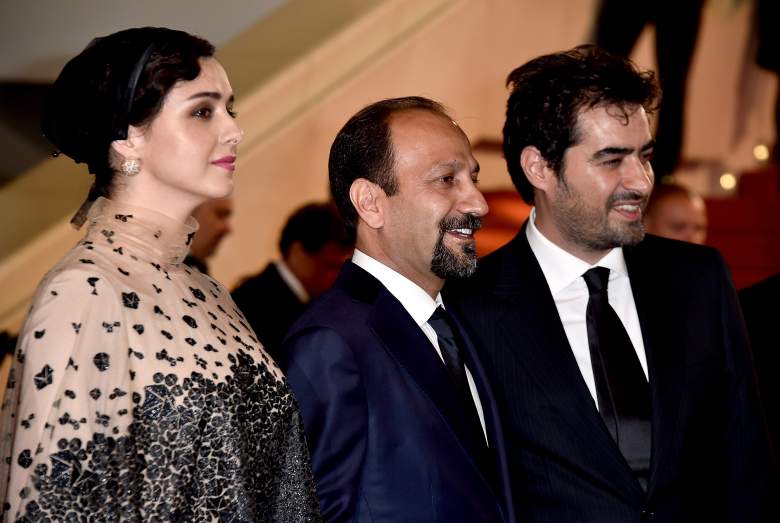 Farhadi with the stars of The Salesman, Taraneh Alidoosti and Shahab Hosseini. (Getty)

Taraneh Alidoosti, one of the leading stars of The Salesman, announced on Twitter before Trump made the Iranian visa ban official that she would boycott the Oscars anyway. “Trump’s visa ban for Iranians is racist. Whether this will include a cultural event or not, I won’t attend the #AcademyAwards 2017 in protest,” she wrote.

As The Guardian notes, Alidoosti is a major star in Iran, having starred in the online 1950s-set series Shahrzad, which was about life under the last Shah of Iran.

“We agree with the goal of making America safe from terror, but a blanket ban based on national origin does nothing to achieve that objective,” the NIAC stated. “Even if this were the right approach, it is notable that the list doesn’t include Saudi Arabia and would have done nothing to prevent 9/11 or the other terrorist attacks committed by radical Wahhabi jihadists in the US. But it does include Iran – from which no national has committed a terrorist act in America.”

4. Farhadi Says He ‘Felt Like I Have No Understanding of the American People’ After Trump’s Victory 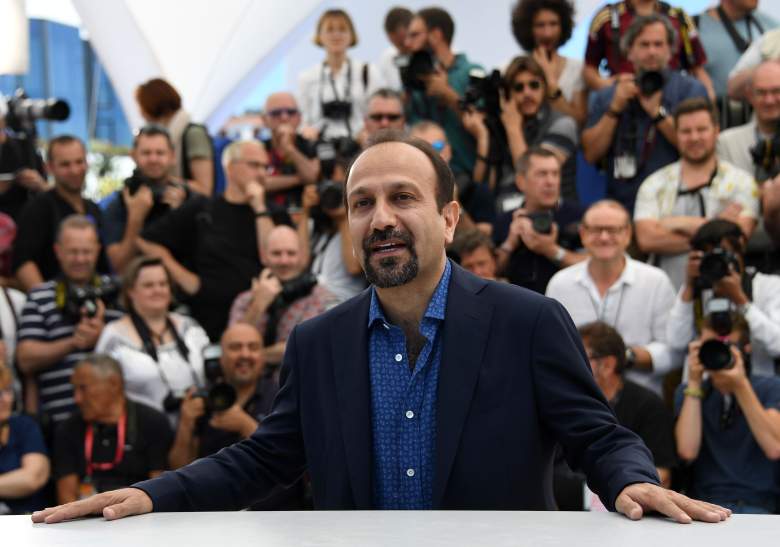 In an interview with Vulture, Farhadi said that he was in the U.S. the day after the election and was stunned to see that Trump won. “I was absolutely certain that the people here would vote for Hillary,” he told the site. “And then I felt like I have no understanding of the American people.”

Also in that interview, Farhadi compared Trump to Mahmoud Ahmadinejad, who was President of Iran from 2005 to 2013 and was replaced by the moderate Hassan Rouhani.

“We had the same experience with a president,” Farhadi told Vulture. “Ahmadinejad and Trump are not the same, but many of us felt a similar shock — this man couldn’t possibly be our president.”

Farhadi called his life under Ahmadinejad “the most bitter period of life that I remember.” As The New York Daily News points out, in 2012, Ahmadinejad didn’t publicly congratulate Farhadi when A Separation won. Still, the Iranian media saw it as a victory of Israel, since A Separation beat the film Israel’s Footnote.

5. After Wining his Oscar, Farhadi Told the Hollywood Media That Iran Follows the Oscars Closely 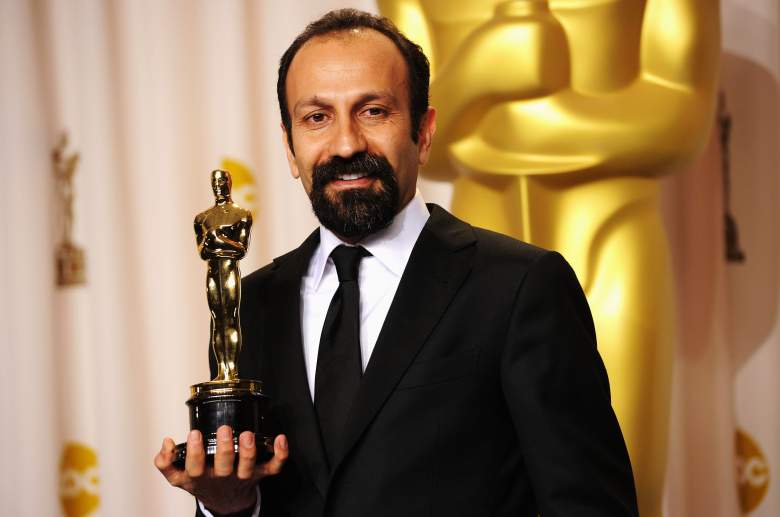 Asghar Farhadi with his Oscar for A Separation. (Getty)

After picking up his Oscar, Farhadi told the media in Hollywood that the Oscars are more important to Iranians than we might think, TheWrap reported in 2012.

“People in Iran follow the Oscars a lot more than you think they do,” the filmmaker told the media. “I know for a fact that right now, as the event is happening, it’s in the middle of the night, in the middle of the morning and people are not sleeping. I know they are following.”

He stressed that A Separation wasn’t made for his government, but for the people.

“I don’t think that government people are really interested,” he said, adding that, “I believe that the Iranian people are also very happy and this is what matters to me.”

Farhadi’s Oscar was the first time Iran won the Best Foreign Language Film Oscar, despite the country’s rich film history. Although the country has submitted 22 films to the Oscars since the creation of the award, Farhadi’s two films are the only ones to receive a nomination.

A Separation is considered one of the best films of the century so far and centers on a married couple forced between deciding to leave Iran to provide their child with a better future or stay at home to help a parent dealing with Alzheimer’s disease. Farhadi was also nominated for the Best Original Screenplay Oscar.

Farhadi is alrweady planning his follow-up, which will be his first with two non-Iranian stars. Javier Bardem and Penelope Cruz will star in the movie, which will be made in Spain.