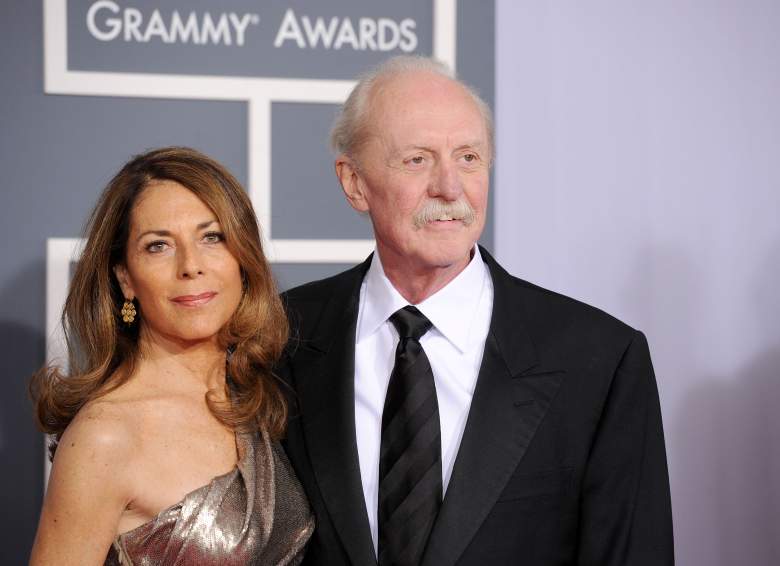 Butch and Melinda Trucks at the Grammy Awards (Getty)

Claude “Butch” Trucks was an original founding member, and drummer, of the Allman Brothers Band and performed on many of the band’s classic albums including Eat A Peach, Brothers and Sisters, and Enlightened Rogues.

The Allman Brothers pretty much invented the term southern rock and were way ahead of their time. Butch played with the band all the way until they disbanded in 2014. His family is also full of musicians and artists and includes a famous baseball player. To celebrate the life of drummer Butch Trucks here are 5 fast facts you need to know about Butch Trucks’ family.

1. His Wife, Melinda Trucks, Is a Critically Acclaimed Artist

Melinda was born in Knoxville, Tennessee and raised in the heart of the Great Smoky Mountains. She received her MFA in Painting from Florida State University and maintains a studio in Sauve, France.

Melinda has served residencies at the Atlantic Center for the Arts in New Smyrna, FL with exhibitions in Palm Beach, FL, Southampton, NY, and Boca Raton, FL.

2. Guitarist Derek Trucks Is His Nephew

Butch Trucks’ nephew is the guitar virtuoso Derek Truck. He is the frontman of The Tedeschi Trucks Band, and played with the Allman Brother Band for a brief period in 1999.

Derek is also the primary songwriter, guitarist, and founder of the Grammy award-winning Derek Trucks Band. He, and his wife, Susan Tedeschi formed the Tedeschi Trucks Band in 2010. He has appeared on Rolling Stones 100 Greatest Guitarists of All Time.

Butch Trucks’ nephew Duane Trucks was a drummer with the bands Pharoah Gummit, and The Quark Alliance. He is also a founding member of the band Flannel Church in collaboration A.J. Ghent and played a number of shows on the festival circuit.

Trucks was a two-time All Star and a two-time league leader in shutouts. In 1952, Trucks was the third pitcher to throw two no-hitters in a season. After his baseball career, Trucks stayed in baseball as a coach until his death in 2013.

5. Butch Trucks’ Son, Vaylor Trucks, Was the Blonde Child on the Front Cover of the Allman Brothers Record ‘Brothers and Sisters’

Vaylor Trucks is a multi-instrumentalist and composer and is known as a member of Bonobos Convergence, and the Yeti Trio with a sound that covers jazz, funk, and rock.

Vaylor is known to bring a very original sound to his guitar playing. Originally the band The Yeti Trio was intended to be all improvised on stage. Trucks is the blonde boy on the cover of the Allman Brothers Band album Brothers and Sisters.