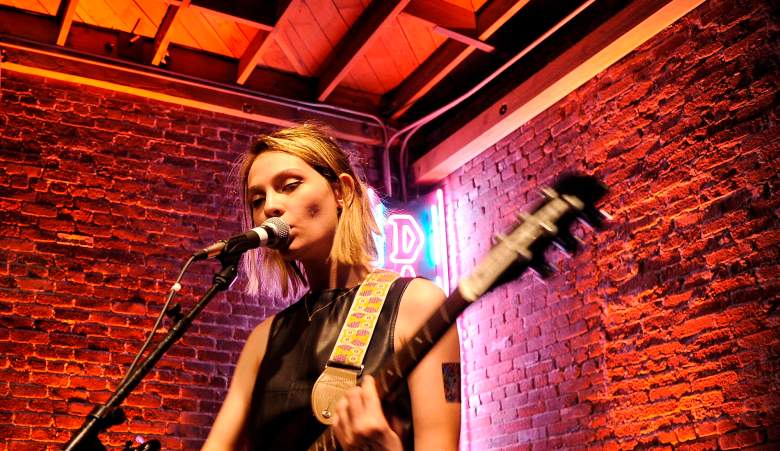 Mixing elements of garage, punk,pop and fuzz rock, Cherry Glazerr‘s new album, Apocalipstick, has already received positive reviews as of its February 20 release date. This is promising news for the LA-based band, whose last release was 2014’s impressive Haxel Princess. They lost and replaced band members before making the album, too. This 2017 followup was definitely one of the most anticipated albums of the new year.

Here, we take a look at five fast facts you need to know about Cherry Glazerr.

“Told You I’d be with the Guys,” the first single and opening track of Apocalipstick, gave listeners the first taste of the new record, and was even named “Best New Music” by Pitchfork. The music video for this single proved to be a stylized visual that matched the song’s attitude. Watch it right here.

The next single, “Nurse Ratchett,” had a similar effect sonically, and the music video for the single was just as visually stimulating as the previous. Though arguably darker than the first, it shows us that the band takes their music videos seriously as well.

Then, just ahead of the album’s release date, Cherry Glazerr shared the music video for “Nuclear Bomb” and caused a stir around the Internet. Though it shows simulated sex with a guitar, it’s also quite romantic. Watch this music video above.

2. Creevy has Her Own Documentary Titled ‘Millennial Punk Feminist Icon’

There’s a ton of hype around the band, with VICE predicting 2017 as their “breakout year,” for instance. The publication even filmed a VICE Autobiographies documentary, titled “Clementine Creevy: The Millennial Punk Feminist Icon.” In the video, which you can watch above, we learn a lot about Creevy and the band.

This VICE coverage of the singer isn’t anything too new for Creevy. As one of the more impressive young artists out there, she’s had a lot of other coverage from bigger publications.

Nylon did a Q&A profile on Creevy back in 2015, when she was 18 years old. Teen Vogue also profiled the young musician. As she revealed in the video above, she’s not afraid to be out there sharing her message with this band.

3. Their Live Shows can get NSFW

Brooklyn Vegan shared a photoset of a Cherry Glazerr show, featuring Creevy topless in a number of the photos. It should be mentioned that the performance in question was at Brooklyn’s Baby’s All Right, a notably hot venue.

Meanwhile, their album release show at NYC’s Bowery Ballroom looked a bit chilly, according to the coverage of the concert. But, yes, there is more proof of the live performances that turned NSFW.

Creevy also performed topless in the VICE video, which is what we should draw our attention to concerning this topic. Creevy spoke passionately about punk rock as a movement and is, in her way, participating in it.

Cherry Glazerr just embarked on their tour in support of their new album. It’s called, “Pussy Bites Back” tour, and their good friends Slow Hollow are the tour support. This tour runs through February, and has the band traveling outside of the States, too.

The tour’s name and the album release date remind Cherry Glazerr fans that the band aren’t fans of President Donald Trump. Check out a detailed message that the band shared on their Instagram account one the election results were announced, right here.

Creevy landed a reoccurring role on the groundbreaking Amazon series Transparent‘s first season. Her character, Margaux, was the lead singer of the band Fussypuss. This band performed a few songs for the first season, resulting in some poignant moments that helped the series win so many awards.

Fans seemed to enjoy the fake band enough to provide some of their songs on YouTube. Check out Creevy singing “Hologram (Smoke and Mirrors)” and “New World Coming” for Transparent.

Her character was also a member of the fictional band Glitterish in the series. The “band” got together for a special music video for a cover of Jim Croce‘s “Operator.” You can watch this music video above.