The reality TV show was remembered as a loving father and “kid at heart” who was devoted to his Christian faith.

Here’s what is known thus far about Kay’s mysterious death:

Kay was only 40-years-old, and his death on New Year’s Eve was unexpected, according to his obituary.

You can read his obituary here. It says that he “died unexpectedly on December 31, 2016.”

Kay’s obituary and Facebook page both say he was from Brookline, New Hampshire. The Brookline police told Heavy that they have no report of Kay’s death. So far, Kay’s exact cause of death has not been released (this post will be updated as more details are learned.)

The funeral home declined comment, citing privacy concerns, a phone number for his mother was disconnected, and even some friends aren’t certain how he died. His girlfriend, Jennifer DePietro, told RadarOnline, that Kay’s loved ones were grieving and added, “We’re not releasing how he passed at this time.” RadarOnline reported that the Massachusetts Medical Examiner also had no record of Kay’s death.

People who knew Kay remembered him as a man of faith.

“He certainly seemed to find a peace at Crossway and with the people he interacted with here,” Ron Kastens, lead pastor at Crossway Christian church, which Kay attended, told Heavy. “I think Dan found a peace in his pursuit of faith, and he was extremely kind and had a huge heart for people. When he first walked through our doors, I think he was searching for something instead of the next paycheck or thrill or pursuit of life, but something more, and I think he was finding that in God.”

The pastor, who performed the funeral for Kay’s father, said, “He was a very kind man and he was a kid at heart, and he loved and enjoyed his own kids and his sister’s kids, and enjoyed them dearly. He had a big heart in terms of helping people. He was humble and if you met Dan in the lobby of our church, you’d never know he was on Survivor.”

Kay’s last public post on Facebook was in November, when he changed his cover photo. His profile picture is of Kay with his small daughter.

Probst said that Kay’s loss was “sudden,” and the host sent the love of the “Survivor family” to Kay’s family. Kay leaves behind two young children, Reese Elizabeth Kay and Jackson “Jax” Russell-Reid Kay, as well as his girlfriend, Jennifer DePietro, his mother, and his sister, the obituary reported.

According to Reality Blurred, Kay “was the eighth person voted out of” the Gabon season game, “which aired in the fall of 2008.” High school physics teacher Robert Crowley won the 17th season of the reality TV show.

I just heard the very sad news about the sudden loss of Dan Kay of Survivor: Gabon. The Survivor family sends our love to Dan's family.

Cristina Coria, a Survivor: Cook Islands alum, told Heavy, “I don’t know how he died but I do know he spoke highly of his children and how much he loved them. He was an amazing guy and I got to hang out with him in Boston a few months ago. I have nothing but great things to say about him.”

Kay is the fourth Survivor cast member to die in the show’s history; other cast members died of breast cancer, brain cancer, and in a railway accident, People Magazine reported. On Survivor, Kay developed a following. One fan wrote on his memorial guestbook, “I’ve never met Dan, but I really identified with his outlook on life and his journey while watching him on Survivor. He showed that sensitivity and masculinity go hand in hand. Kindest thoughts to his family and friends.”

According to his obituary, Kay was born in Norwood, MA on June 30th 1976 to Daniel and Jean-Ann (Dziubaniuk). “He grew up in Walpole, MA where he enjoyed playing football for the Walpole Rebels. After graduating from Walpole High School, he earned a bachelor’s degree from UMass-Amherst and a law degree from Syracuse University,” the obituary says.

Kay had a very productive life.

Kay had worked as an attorney. “In that position he was employed as a Supervisory Contracting Officer as a civilian for the U.S. Air Force at Hanscom Air Force Base. He was a member of the National Contract Management Association and the Massachusetts Bar Association. He was known for his hard work, dedication, attention to detail and strong work ethic,” said the obituary.

In his free time, said the obituary, “he enjoyed running, skiing, listening to music, and attending Crossway Christian Church. Dan had a smile that could light up a room. His desire to be challenged and his quest for adventure lead to his participation on the reality show, Survivor. He also successfully skied Tuckerman’s Ravine and completed his first half marathon.” Kay’s LinkedIn site said he was currently Senior Regulatory Advisor & Assistant Lab Ethics Officer at MIT Lincoln Laboratory in Massachusetts; the company declined to immediately comment but said it would run questions through its lawyer.

Those who knew Kay and fans mourned his loss on Twitter.

Sending much love and support to the friends and family of Survivor Gabon contestant Dan Kay. RIP, Dan. pic.twitter.com/Ozg3UoDDpX

I just saw that fellow #survivor alum Dan Kay of Gabon passed away unexpectedly on NYE. My heart goes out to his family, wife and children.

Sad to lose Dan Kay. Seemed as nice a guy as any Survivor has had.

Memorial donations may be made to Crossway Christian Church, 503 Main Dunstable Rd., Nashua, NH 03062, or a charity of your choice, the obituary said.

In the guest book, family friends expressed shock. Wrote one to Kay’s mother, “There’s no word that can express how sorry we are to hear about the death of your son Daniel. We were very stunned to hear this news and still can’t believe that it really happened. During this difficult moment, our thoughts are always with you and the members of your family.”

Wrote a woman named Gillian, from California: “Such sad news. I am deeply saddened by his passing. He was my ‘Survivor buddy’ on season 17 and I remember his tattoo ‘Carpe Diem’ and his zest for life. My love, prayers and condolences to his family and friends. His Survivor family is feeling struck by his passing too. Many are asking and we are all deeply saddened. RIP Dan.”

A friend named Elizabeth Vander Wal wrote, “I went to law school at Syracuse with Dan, and dated him for almost a year. I am devastated to learn of his passing. My love and condolences to all of his family and friends. Dan was so much fun – full of adventure and lust for achievement. This is a sad time for all of our crew from SU.”

Another former girlfriend, Dena Faccio, wrote, “I met Dan through my brother, while he was in law school. We dated for several AMAZING months and even traveled to Aruba. Not a day goes by that I don’t think about the amazing time we spent together. Life took us in different paths and the long-distance would prevent us from dating. (Although I did spend time with him periodically when he was in town (Manhattan). Dan was always up-beat and and a little ditsy and that is why I loved him! During this time it is important to remember the good times. I never stopped loving Dan. I am going to miss him.” 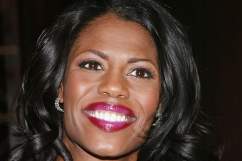