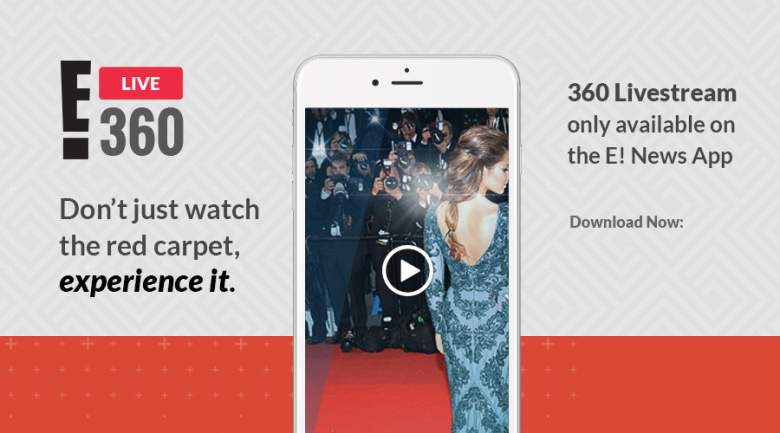 Awards season is in full swing and E! News is at the center of the action. Ryan Seacrest and Giuliana Rancic are hosting the red carpet arrivals for the 2017 Golden Globe Awards and will have help from Kris Jenner, Kristin Cavallari, Ross Mathews, Brad Goreski, Todd Chrisley and Karrueche Tran for some of the pre-show specials. For those of you who are big followers of E! News, we have all the info on how to watch the E! Red Carpet coverage, the schedule rundown of E!’s Golden Globes footage and Fashion Police details for the Golden Globe Awards. Check it all out below.

9:30 a.m. and 12:30 p.m. ET/PT: Live From E!: The 2017 Golden Globe Awards airs with a round-up from the event, hosted by Will Marfuggi, Ken Baker, and Melanie Bromley.
7 p.m. and 11 p.m. ET/PT: On E! News, Jason Kennedy, Catt Sadler and Maria Menounos will go over the most recent celebrity news in addition to footage from the Golden Globes.
8 p.m. ET/PT: Fashion Police airs their take on the fashions of the Golden Globes this year. The cast consists of Melissa Rivers, Giuliana Rancic, Brad Goreski, NeNe Leakes and Margaret Cho.
9 – 10 p.m. ET/PT: An encore presentation of Fashion Police will air.

If you are unable get to your television, you can watch the red carpet arrivals and even engage in the goings on via E! Live 360, which is available on the E! News app. E! Live 360 utlizies two live concurrent 360 feeds and one centralized hosted studio experience for its users. The E! News app is available for download at both the iOS App Store and Google Play Store. The multi-channel event covers the red carpet from every angle, and the E! Live 360 host Will Marfuggi will emphasize all the “must-see moments” as they happen. E! Live 360 is streaming Sunday, January 8th at 6 p.m. ET/ 3 p.m. PT on the E! News app.

E! News will launch a special Golden Globes-focused episode of their Snapchat series, “The Rundown” on Monday, January 9, 2017.