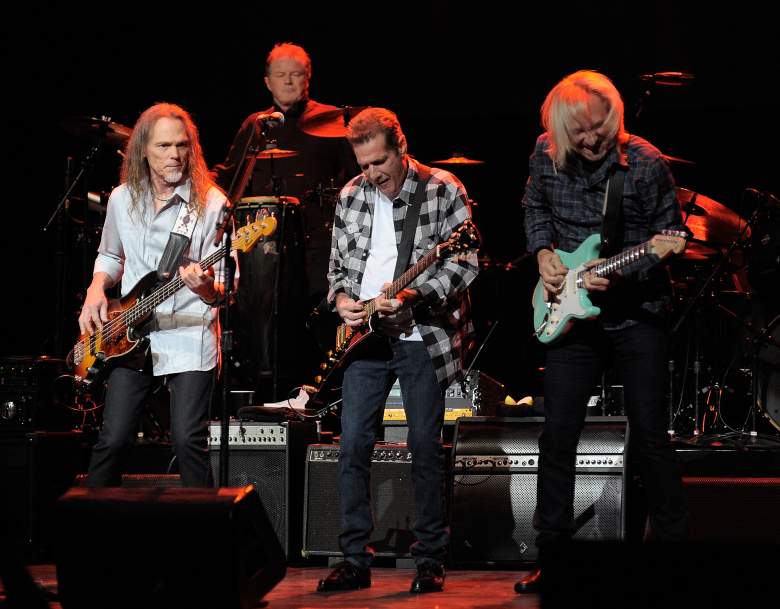 Glenn Frey was a tremendous part of The Eagles success. He penned one of the band’s anthems “Take it Easy”,and had success in his own right with solo hits “Smuggler’s Blues, and “The Heat is On.” Frey was one of the most prolific songwriters of the 70’s and 80’s, so much so that he received his own statue “Standing on the Corner in Winslow, Arizona” after the lyrics of “Take It Easy.”

Frey died a year ago today at age 67 from complications from rheumatoid arthritis and pneumonia, while recovering from intestinal surgery. He was mourned by his band mates with close friend Jackson Browne, Bob Seger, and the rest of The Eagles paying tribute to him with the song “Take It Easy” at the 58th annual Grammy Awards. We pay tribute with 5 Fast Facts You Need to Know about Glenn Frey:

Glenn Frey grew up in Detroit Rock City. In 1967, Glenn Frey joined a band called The Four of Us, he met Bob Seger shortly after that. Seger helped the band get a management and recording contract with Hideout Records, a label owned formed by Seger’s management team. Seger assisted Frey write and produce the bands first single; “She’s a Lovely Child.”

In 1968 Frey played guitar and sang backing vocals on Seger’s single “Ramblin’ Gamblin’ Man.” Frey would go on to also sing backup on Bob Seger’s later singles “Fire Lake”, and “Against the Wind.” 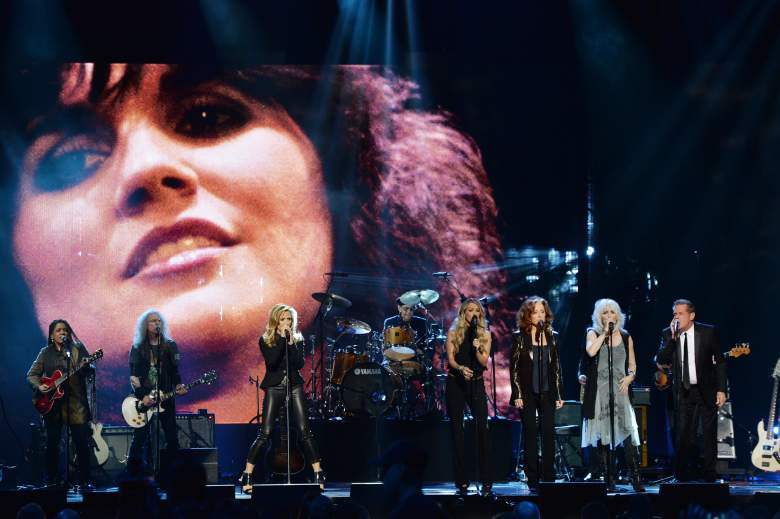 Before moving onto being the household name that they are now, Frey met Don Henley in 1970 when both signed to the same label, Amos Records. Linda Ronstadt was looking for a backing band for an upcoming tour. Ronstadt’s manager, John Boylan, hired Frey to play rhythm guitar, and Frey asked Henley to join shortly after.

Randy Meisner and Bernie Leadon rounded out Ronstadt’s band, and the four of them went on to form the first incarnation of The Eagles, one of the most successful bands of all time.

3. Frey Enjoyed Success in Television and Movies as an Actor and Singer

Following the demise of the Eagles in the early 80’s, Glenn Frey went on to find solo success with a string of hits surrounding movies and TV. In 1984-85, Frey had two high charting hits with “The Heat Is On,” the main theme to the Eddie Murphy vehicle Beverly Hills Cop, as well as “You Belong to the City” from the soundtrack to Miami Vice. The Miami Vice Soundtrack stayed on top of the US album charts for 11 weeks in 1985. “Smugglers Blues” was another hit from the Miami Vice Soundtrack and hit number 12 on the Billboard 100 in 1985.

Frey was in line to sing the theme for Beverly Hills Cop II, but the song was sung by his old friend, Bob Seger.

As an actor, Frey was in the first season of Miami Vice in the episode “Smuggler’s Blues”. He starred in the show Wiseguy for seven episodes, as well as, the shows South of Sunset, Nash Bridges, and Arliss.

His most famous role was that of the general manager of the Arizona Cardinals in the Cameron Crowe movie Jerry Maguire.

4. A Statue of Glenn Frey is Standing on anCorner in Winslow Arizona

Following the death of Frey a year ago, two radio morning show hosts from a Phoenix classic rock station, raised $22,000 to install a bronze statue of Frey “Standing on the corner in Winslow, Arizona” a reference to the lyrics from the 1972 Eagles classic “Take It Easy”.

The statue looks like a 1970’s version of Frey with long hair and a mustache. It was unveiled during the annual “Standin onthe Corner” Music Festival in Winslow, AZ. The Frey statue stands next to another statue that resembles Jackson Browne, co-writer of “Take It Easy.”

5. “The Heat is On” was the Highest Charting Single by any member of The Eagles

The individual band members in The Eagles have had multiple chart-topping hits in the 1980’s and 1990’s. Don Henley hit paydirt with his records I Cant Stand Still and The End of the Innocence and Joe Walsh had mega-hits with “Rocky Mountain Way”, and “Lifes Been Good”.

There was also a video that accompanied the song that received heavy airplay on MTV. The video showed a film editor putting together scenes for the film Beverly Hills Cop while Frey and the band played in the adjacent room. The song has also appeared on 1993’s Glenn Frey Live, and 1995’s Solo Collection.