Tonight, stars ranging from Leonardo DiCaprio to Ben Affleck are gathering at the Beverly Hills Hotel tonight for the 2017 Golden Globe Awards. Jimmy Fallon is hosting the event and the movie La La Land is up for the most awards – five. Get all the details on what time the show airs, red carpet details, the presenters and more below. 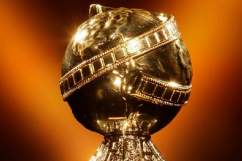 LIVE STREAM: Click here to check out how to watch the show, along with red carpet arrivals online.

Read More
Celebrities, Golden Globes, TV
When do the 2017 Golden Globes start tonight? What channel is the show on TV? Get the date, time, and station details for the awards.