On tonight’s episode of The Bachelor, Nick Viall and some of the girls have a group date at a reportedly haunted plantation. After matching up some photos, we believe it to be the Houmas House Plantation and Gardens, also known as Burnside Plantation. The house was named after the Houma people who originally inhabited the area. Should you like to visit the plantation, the address is 40136 Louisiana Highway 942, Darrow, Louisiana.

In 1803, the structure was a sugarcane plantation and the property began to be developed by a man named Daniel Clark. Prior to Clark, the beginnings of the property started with Alexander Latil and Maurice Conway. Years later, American Revolutionary War general Wade Hampton purchased the land and the slaves on the property from Clark and HauntedPlaces.org reports that Hampton’s granddaughter is reported to be a ghost on the plantation. There is also a rumor that a ghost who is the 7-year-old daughter of Colonel William P. Miles haunts the property. Miles was a later owner and was technically a designer of the Confederate Flag, according to PBS.

On The Bachelor tonight, the ABC official synopsis of the group date at the plantation reads:

Ten bachelorettes join Nick for a thrill-a-thon as they visit an allegedly haunted plantation where a resident ghost makes her presence felt … A fright night delight brings Nick and ten women together for an evening of thrills at a majestic plantation, which supposedly is haunted by a resident ghost, “May,” who comes out to play. Who will be able to swallow their fears to capture the group date rose?

Reality Steve reports that the girls who go on the scary and historical group date include Vanessa, Josephine, Kristina, Danielle M., Danielle L, Jaimi, Raven, Alexis, Whitney, and Jasmine. And, according to Steve, all the girls stayed over at the mansion in sleeping bags. They even told ghost stories and played with a Ouija Board. 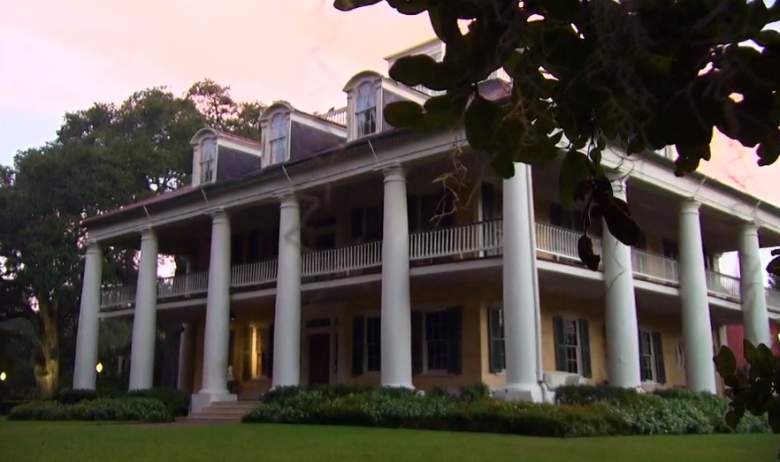