Grey’s Anatomy was supposed to return tonight, but a repeat of season 13, episode 9 will be airing instead. Fans who follow the show closely are wondering why. Well, with the Inauguration upon us on January 20, 2016, ABC is airing a special tonight called America’s First Family: The Trumps Go to Washington.

As a result, the Grey’s Anatomy winter premiere has been pushed back to January 26, 2017. What can we look forward to next week? The episode will be called ‘You Can Look (But You’d Better Not Touch),’ and follows Jo, Bailey, and Arizona as they travel to a maximum security prison to help a 16-year-old inmate give birth.

We left off with Jo finally revealing to Alex that she didn’t accept his marriage proposal because she was already married. Those weren’t Alex’s only troubles– when we left, he ran off after receiving a call from Meredith. Unfortunately, we won’t know where Alex is until Episode 11, airing on February 2. 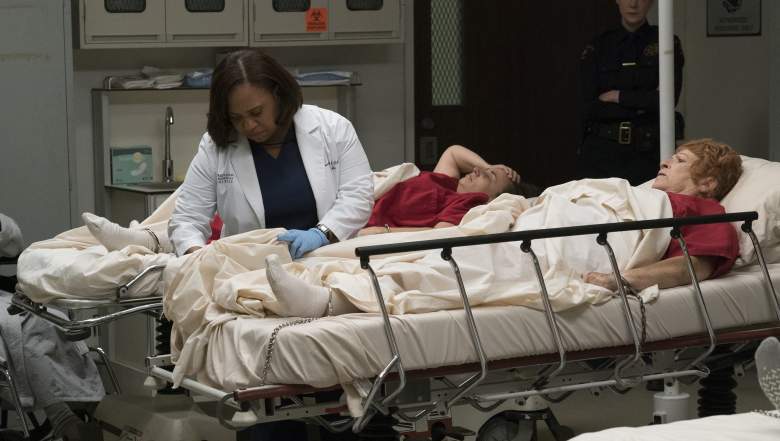 GREY’S ANATOMY – “You Can Look (But You’d Better Not Touch)”- Bailey, Arizona and Jo go to a maximum security women’s prison to treat a violent, 16-year-old pregnant girl and her unborn baby, on the midseason premiere of “Grey’s Anatomy,” THURSDAY, JANUARY 26 (8:00-9:01 p.m. EST), on the ABC Television Network. (ABC)

Read More
Grey's Anatomy
Why is season 13 of Grey's Anatomy not returning to TV tonight? What time can we expect to see the show and when?