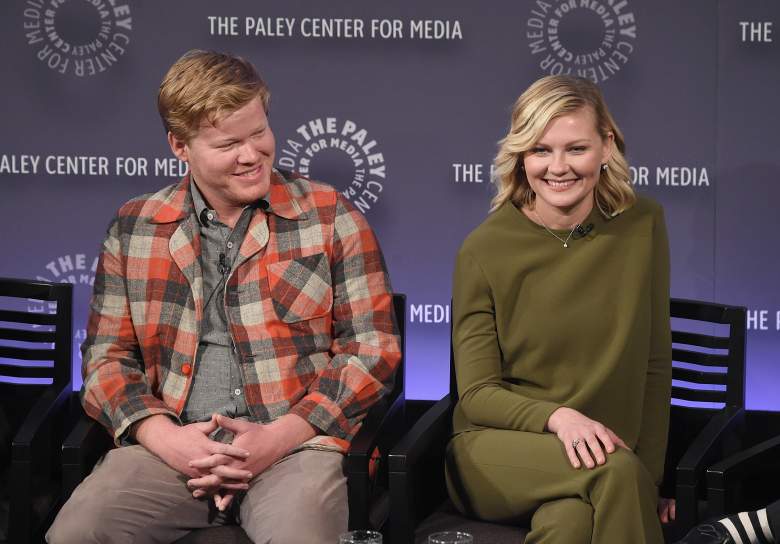 On Tuesday, Page Six reported that Kirsten Dunst and Jesse Plemons, who play a married couple on “Fargo”, are rumored to be engaged! The outlet heard whispers that the couple got engaged over the weekend, and at the Emmy’s after-party for their show in September, the two were seen kissing. Since then, they’ve been spotted roaming around LA together on many occasions. According to the outlet, the couple’s reps and the show’s reps have yet to comment on the engagement.

So just who is Kirsten Dunst’s rumored fiance? Read on to learn more about Jesse Plemons. 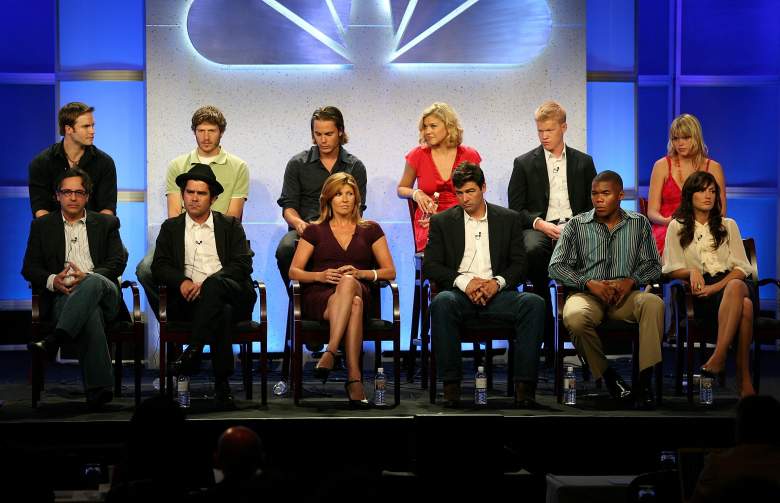 When he was 18, Plemons was cast in the critically-acclaimed NBC series Friday Night Lights as Landry Clarke, Matt Saracen’s best friend. At the start of the show, Landry was a source of comedic relief and didn’t play football, but he joined the Panthers in Season 2, under Coach Eric Taylor, played by Kyle Chandler.

In an exclusive interview with Buddy TV in 2007, prior to the release of Season 2, the actor discussed how his storyline changed from being the funny guy to having an intense and more serious emotional arc. “It’s an honor to be able to do something like this as an actor and really stretch yourself and continue to do things that kind of scare you, that you haven’t done before. So, last season was great but I’m definitely happy with the material I’ve been given this year.”

Plemons was born and raised in Dallas, Texas, and the show was filmed in Austin and Pflugerville. He admitted to Vanity Fair that his own high school was crazy about football, “maybe even crazier than Dillon”, and that he thinks the show’s creators did a wonderful job of accurately depicting a high school and town’s dedication and love for their own football team.

2. He Was First Rumored to Be Dating Dunst in Early June 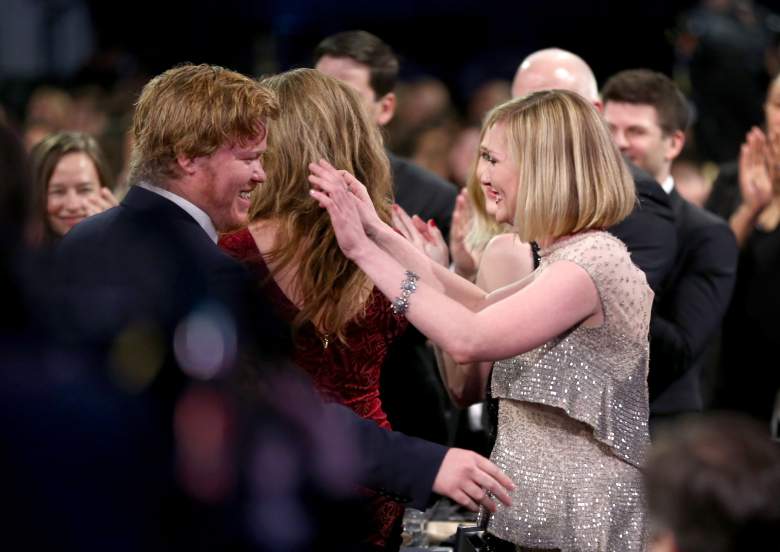 It’s only been seven months since Plemons and Dunst were rumored to begin dating. On Sunday, May 29, US Magazine reported that the two were strolling around Studio City, California, together, and it even appeared they shared a kiss.

Speaking with Fox News in October 2016, Plemons revealed how excited he was to learn that he would be playing Dunst’s husband in Fargo. “It was a gift,” he told FOX411. “I loved Kirsten’s work for a long time, and I was really excited once I’d met her, and she’s a great person, and we’re both actors that just… have fun with the material.”

In September, at the Emmy’s after-party, the two were seen cuddling and kissing throughout the night. According to E!, the duo arrived to the party together, and an eyewitness said that at one point, Dunst “leaned into Jesse and very passionately kissed him on the lips after she caressed his cheek very affectionately.”

3. He Says That Constant Questions About His Weight Have Helped Him Understand What Women in Hollywood Deal With 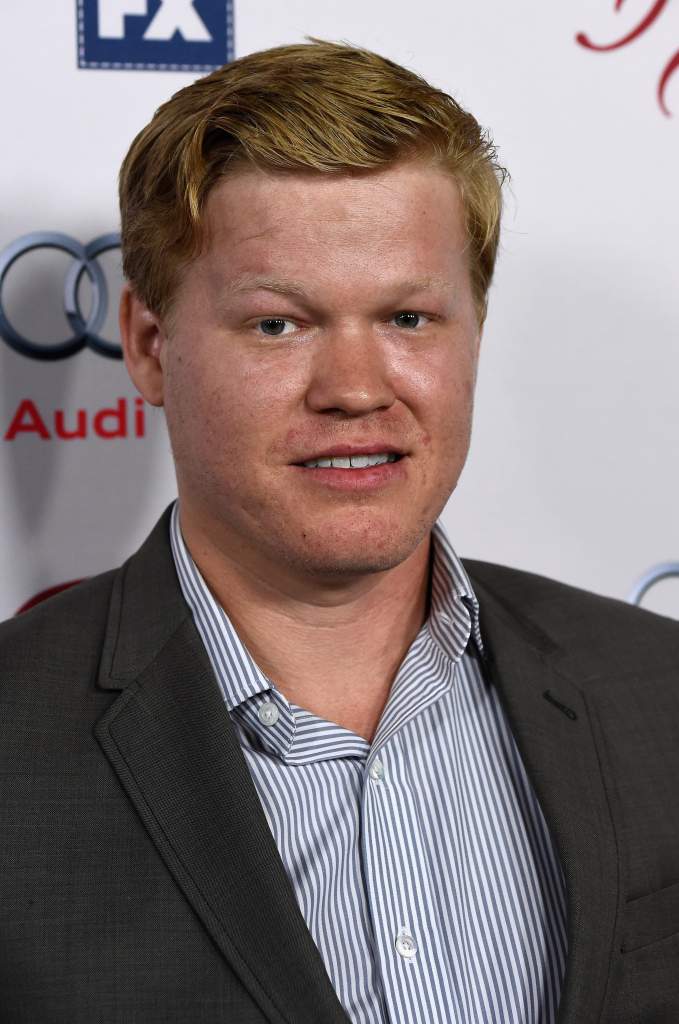 Jesse Plemons arrives at the Premiere Of FX’s “Fargo” Season 2 at ArcLight Cinemas on October 7, 2015 in Hollywood, California. (Getty)

In 2015, Plemons had to put on weight for his role in Black Mass, and says that people would constantly question and comment on his weight gain. He tells GQ, “Everyone’s like, ‘You gained all this weight!’ I was like, ‘No, I’ve been fat for a while now.’ [laughs] Yeah, talking about it, if anything, makes me a little more empathetic— sympathetic?— to what women have to go through. My God! Men in general are just not held under the same microscope in that way. It’s bizarre that that’s all people wanted to talk about. Why is that some sort of a badge or some sort of accomplishment? Like, anyone can do that. You just have to eat shit.”

Plemons added on that even when he lost weight (for the premiere of Fargo), he was often asked how he lost the weight.

4. He Was Nominated or an Emmy for His Work in ‘Fargo’ 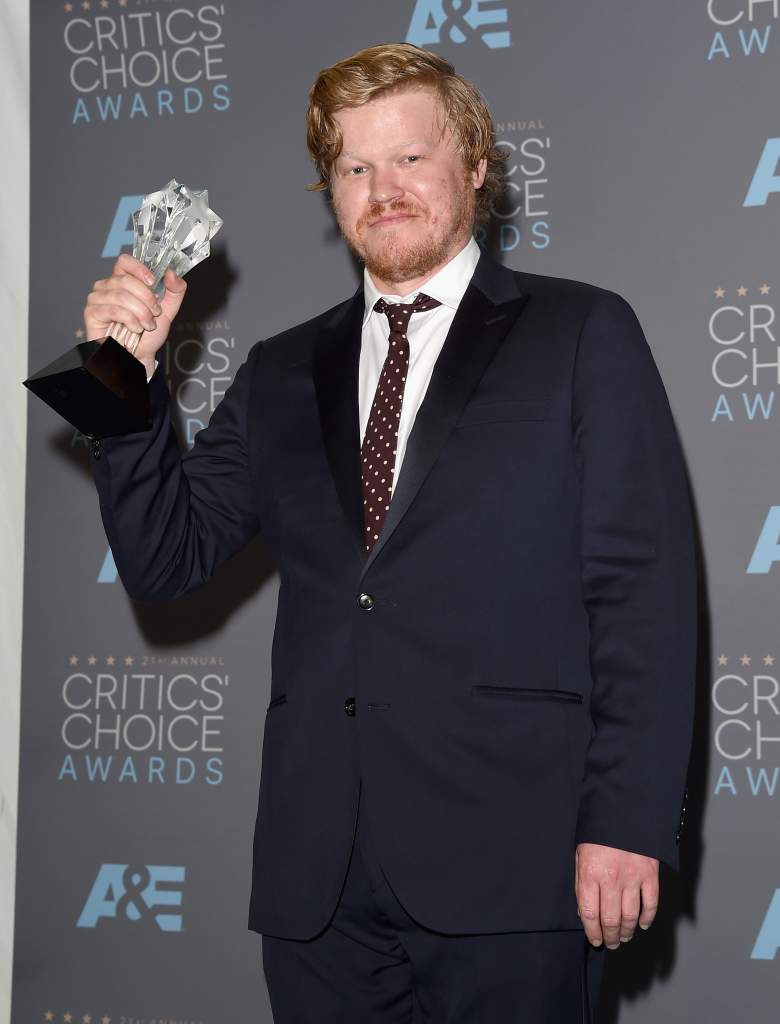 Actor Jesse Plemons, winner of Best Supporting Actor in a Limited Series for ‘Fargo’, poses in the press room during the 21st Annual Critics’ Choice Awards at Barker Hangar on January 17, 2016 in Santa Monica, California. (Getty)

In Fargo, Plemons plays Ed Blumquist, a butcher and the husband of Dunst’s Peggy Blumquist. Last year, he was nominated for an Emmy for his work on the show, along with Sterling K. Brown (The People vs. OJ Simpson: American Crime Story), Hugh Laurie (The Night Manager), David Schwimmer and John Travolta (The People vs. OJ) and Bokeem Woodbine (also from Fargo). Speaking with GQ about his nomination, Plemons said, “Um…it was sort of surreal. I was really proud of the show. I don’t think I’ve quite processed that, still. I know it’s an honor. Or that’s what I hear. [laughs] Awards shows…I just feel like a fish out of water at those things.”

In 2016, Plemons won the Critics’ Choice TV Award for Best Supporting Actor in a Movie Made for Television or Limited Series, and was nominated for a Gold Derby TV Award for his work on Fargo.

5. He Won an IGN Award for Best TV Villain for His Work in ‘Breaking Bad’

In 2013, Plemons won the IGN Award for Best TV Villain for his work as Todd Alquist in Breaking Bad. In the series, Alquist is a meth cook who works with Walter White and Jesse on their meth-manufacturing business.

Speaking with Rolling Stone in 2012 about his character on Breaking Bad, and what it was like going from lovable Landry to a villain, Plemons said, “With Landry, I have the same sort of feelings toward him as your buddy probably does. He seems like a friend to me as well. It’s the most fun I’ve had with a character. With [Breaking Bad], it’s a role where I’ve never done anything like this before, so it’s exciting to start dissecting and figuring out.”

During his interview on “Late Night with Seth Meyers” in 2015, Plemons was asked if Breaking Bad fans are different than Friday Night Light fans. Plemons joked that fans of the shows can be very different. “I have had a few really odd pictures requests… Like one fan wanted me to sort of make a gun with my hand and pretend to shoot them. Another guy really wanted to fake strangle me in the picture.”