Katie Couric is married to financier John Molner. The two tied the knot in June 2014, after becoming engaged in September 2013.

The 59-year-old Couric and 53-year-old Molner do not have any children. Couric was married to John Paul “Jay” Monahan from 1989 until his death at age 42 in 1998, when he died of colon cancer. Couric and Monahan had two daughters, Elinor and Caroline. Molner also has two children, Allie and Henry, from a previous relationship, according to Today.

Couric and Molner live in a $12 million New York City condo they bought back in March 2016.

1. He Was a Partner at Brown Brothers Harriman, the Largest & Oldest Private Bank in the U.S.

Molner is a graduate of Trinity College and also received a Master’s in Business Administration from the University of Chicago Booth School of Business. In 1990, he joined Brown Brothers Harriman, the largest and oldest private bank in the United States.

While at BBH, he rose the ranks to lead the corporate finance and advisory practice, and was also the head of head of mergers and acquisitions. According to his BBH bio, he retired in December 2014, but remains associated with BBH as a Senior Advisor to BBH Capital Partners.

He is “actively involved in sourcing, investment evaluation, and providing post-investment value-added oversight to portfolio companies,” according to the company.

Molner is from Chicago, Couric revealed in a May 2013 interview with USA Today.

“He’s great. He’s from Chicago. I love Midwesterners,” Couric told the outlet. “I like Southerners and Northerners and Westerners, too!”

2. National Enquirer Claimed That He Was Dating Jessica Hsu While Still Dating Couric 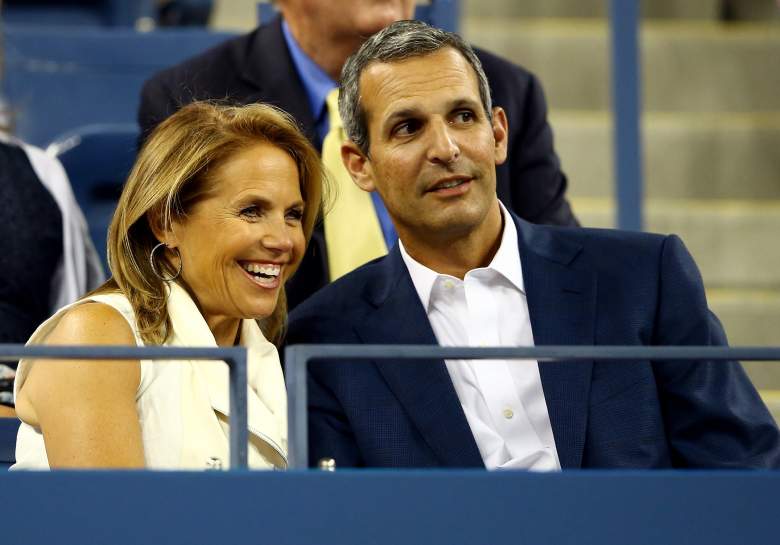 Katie Couric and John Molner at the 2013 US Open. (Photo by Al Bello/Getty Images)

In 2012, the National Enquirer reported that, after two years of dating Molner, Couric discovered that he was also in a two-year relationship with Jessica Hsu. Hsu, then 28, was a colleague of Molner’s at BBH.

“Yes, John cheated on me,” the Enquirer quoted Hsu as saying.

Couric and Molner were first seen together in September 2012 before a special New York screening of The Perks of Being a Wallflower, according to Us Weekly. The two were introduced by mutual friends, the Daily Mail reported.

Although tabloids reported that friends of Couric’s were concerned about Molner’s past, the married couple is still happy together. There are pictures of Molner all over Couric’s Instagram page.

“Happy to ring in 2017 with this handsome bearded man and excited to make some new memories,” she previous captioned a photo.

Molner has two brothers. Thomas E. Molner is a partner at Kramer Levin, where he focuses on clients in “securities, corporate finance and business combination transactions,” according to his company bio. Thomas Molner was among the 104 Kramer Levin attorneys on the New York Super Lawyers list for 2016. He was also recognized on the Legal 500 US 2016 list.

Molner’s other brother is David Molner, who, according to his Bloomberg profile, was a Paramount Pictures and Viacom executive. He was also the founder of Screen Capital International and Aramid Capital Partners LLP.

In 2014, TheWrap reported that Aramid filed for Chapter 11 bankruptcy while in the middle of a legal dispute with producer David Bergstein over a loan settlement.

In September 2014, Deadline reported that the two sides reached a settlement, where Bergstein would be paid $6 million. 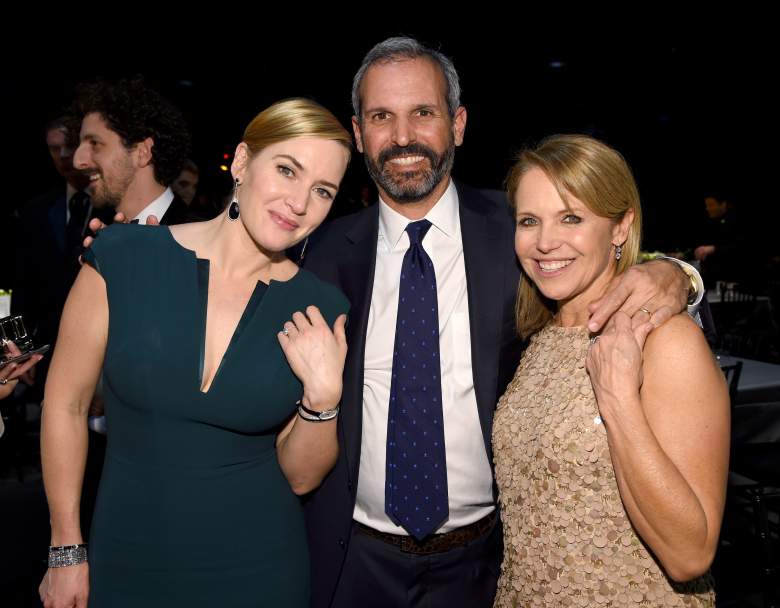 Kate Winslet with John Molner and Katie Couric at the 2016 SAG Awards. (Photo by Dimitrios Kambouris/Getty Images for Turner)

Molner popped the question to Couric in September 2013 after the couple had dated for two years. People Magazine reported that the proposal happened at sunset on the beach in East Hampton, New York.

“He said that there was a reason he’d brought me there to the beach, and that he loved me and was committed to me, and I said, ‘Yeah, I know that, you didn’t have to bring me here to tell me that,’” Couric told People Magazine. “Finally he said, ‘Couric, I’m trying to propose to you,’ and I was stunned.”

“It took a long time for my brain to process what was going on,” she told People.

Yes it's true! So touched by all the kind Tweets & warm wishes-thank you! A great end to the summer & looking fwd to seeing you all Monday!!

If healthy eating is one of your resolutions for 2017, look out for my new web series "Full Plate" on surlatable.com next Sunday! @johnmolner and I learn to cook quick, healthy and delicious meals with the help of our friend, chef @joelgamoran @surlatable. #fullplate #healthyeating #happynewyear ? #hansgrohe #greenpan

Although Couric has spent most of her life in front of the camera, Molner is finally getting some experience of his own.

He co-starred in Full Plate with Katie & John, a cooking web series filmed in their New York apartment. Sur La Table National Chef Joel Gamoran also contributes and the three show viewers how to make quick and healthy meals in 20 minutes or less.

“John and I love cooking at home but can rarely find the time, so we are thrilled to partner with Sur La Table and Chef Joel Gamoran in creating these fast gourmet recipes,” Couric said in a statement.

“We look forward to sharing them with our busy viewers and showing them that they can do the same,” she added.