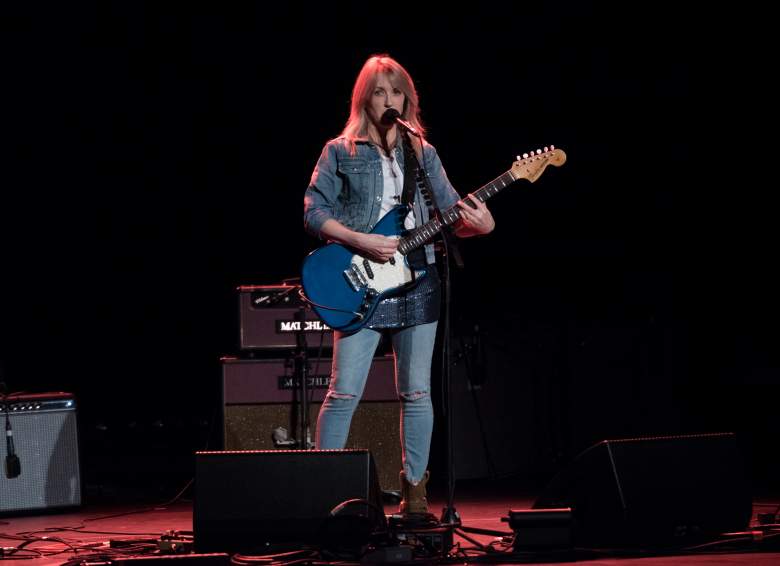 Alt-Rock music icon Liz Phair is arguably one of the living legends of rock & roll, especially for her critically acclaimed album, Exile in Guyville, which skyrocketed her into the realm of superstardom. So why haven’t we heard from the singer and guitarist in ten years, since her most recent and self-release record, Funstyle? No matter the reasons, she’s returning to the studio for an epic double album, set for release in 2017, co-written and produced by the critically acclaimed songwriter, Ryan Adams.

Though we’re certainly excited about this new release from the acclaimed artist, we know there are some of you out there that don’t need any reminders of why Liz Phair is one of the coolest musicians on the planet. For the rest of you though, we’ve got you covered.

Here, we take a look at five fast facts about Liz Phair that we feel that you need to know.

1. Liz Phair is Recording a Double Album with Ryan Adams for a 2017 Release

Unreal. 5 songs in 1 day. All analog.
Back to those sounds & that rawness I first heard on Exile. @PhizLair is an American treasure pic.twitter.com/TcY5Snu0Rv

The big news this week that has us all happily reestablishing our love for Liz Phair is her big announcement of a double album. This yet-to-be-titled record sees Phair teaming with acclaimed songwriter Ryan Adams, who has worked with a number of other artists in similar ways. For instance, he helped write and produce Jenny Lewis‘ 2014 hit album, The Voyager – which is a great example of just how exciting this new Phair album is for indie and alt-rock fans.

As excited as we’re sure you all are for this new record, it’s also great to see that a big fan of Phair and her new material is Ryan Adams. He hasn’t shied away from expressing his excitement about working with the Alt-rocker in his LA-based Pax-AM Studios, which is clearly evident on his Twitter and Instagram accounts.

Honestly, Adams’ excitement around this project is infectious. He shared some of the studio musician credits and other information about the record in a Twitter post, and also teased a brand new Liz Phair song! 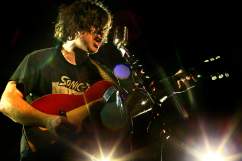 Phair’s debut album, Exile in Guyville (a play on the Rolling Stones‘ Exile on Main Street), is still considered one of the best records released in the 1990s. It all came together when Phair contacted co-president of Matador Records, Gerard Cosloy, and sent him a tape of earlier recordings.

“The songs were amazing. It was a fairly primitive recording, especially compared to the resulting album,” Cosloy said of the demo tape he received from Phair, in an oral history of the making of the album. He called the demo songs “really smart, really funny, and really harrowing, sometimes all at the same time.”

Cosloy offered the singer a $3,000 advance for a single. She then produced an 18-track album we all know now as Exile in Guyville, a crass, brash and catchy alternative rock staple in the history of music.

3. Liz Phair was Blasted for ‘Selling Out’ with Her 2003 Self-Titled Album

Fast-forward ten years after her debut album on Matador Records, Phair released a self-titled album, which was her first record on Columbia Records. It was also her most polarizing collection of songs, garnering plenty of lackluster reviews aimed at Phair’s new “selling out” sound, according to music critic Meghan O’Rourke‘s review of the album for The New York Times. The review was entitled, “Liz Phair’s Exile in Avril-ville,” comparing Liz Phair, the alt-rock queen of the ’90s, with Avril Lavigne, pop music’s nail-in-the-coffin for alternative music.

To be fair, Liz Phair gave us one of the singer’s biggest hits, “Why Can’t I?” (the music video for which is featured above), which was co-written by the album’s producers, The Matrix. This production team had previously worked with pop acts Britney Spears and (unsurprisingly) Avril Lavigne. The song reached the Top 40 in North America, with another single from the album, “Extraordinary,” acquiring licensing placements in commercials and TV shows.

After the backlash of her new foray into the pop world, Phair ended her contract with Columbia Records with the release of her fifth studio album, Somebody’s Miracle, in 2015. Fans would have to wait five more years for her next release, and then an addition seven for her 2017 release. 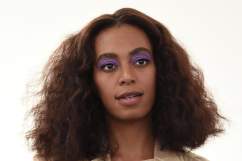 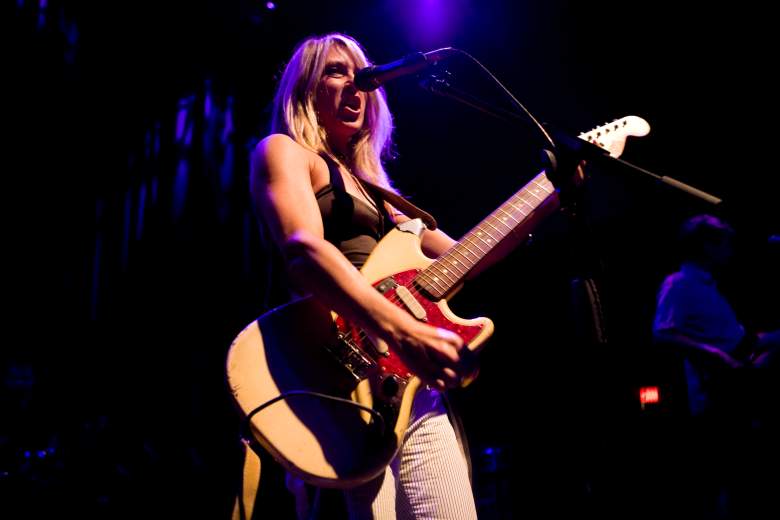 Liz Phair performs her album ”Exile in Guyville” at the 9:30 Club in Washington, DC. (Getty)

While listening to Phair’s music, you understand that she isn’t shy at all. The talented songwriter has grabbed the attention of audiences for years through vulgar lyrics that don’t negate the earnestness of the sentiment. While mixing her unique alt-rock and indie influences into a more pop sound, Phair got away with a lot of lyrics that would’ve ended others’ careers.

A great example of these types of lyrics is evident in her Exile on Guyville song, “Flower.” Those familiar with the song are probably chuckling right now. Here is an example of some of the lyrics … and these are the opening lines, mind you:

Every time I see your face I get all wet between my legs
Every time you pass me by, I heave a sigh of pain

You can take a look at the full lyrics to “Flower” by Liz Phair right here.

While it definitely didn’t threaten her day job, from 2008 to 2009, Phair had a successful, albeit brief career in the TV realm. As you can see from the YouTube video above, Phair co-wrote the theme song to the rebooted 90210 series for The CW. She provided music for this show, as well as The CW’s other series, The 100.

Phair’s other work on the small screen includes CBS’s Swingtown and ABC’s short-lived Super Fun Night, for which Phair received the Top Television Composer at the 2014 ASCAP Awards.

She’s also provided her talents as a guest and backup vocalist on a number of recordings. One of these songs is “Work” by Jimmy Eat World, off of their 2004 record, Futures.

Though she’s currently working on her double album with Ryan Adams, Phair’s long career shows us that the performer is not showing signs of slowing down any time soon. Expect some tour dates and other announcements soon.