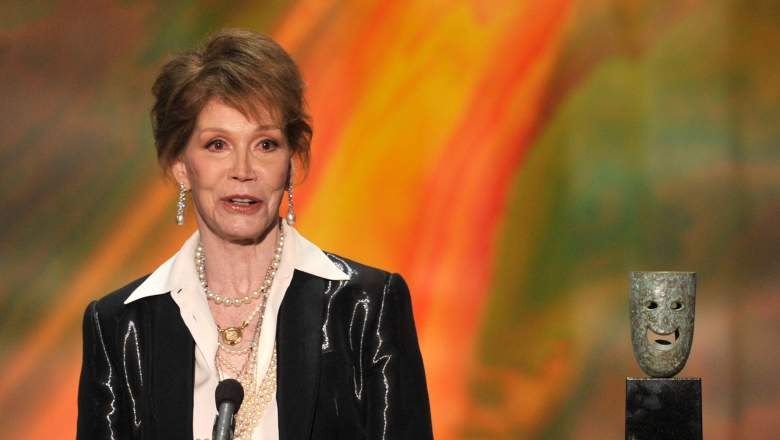 Beloved Hollywood actress Mary Tyler Moore has died at the age of 80, surrounded by family and friends.

The star of the Mary Tyler Moore show and the Dick Van Dyke show was one of America’s television icons, known for her groundbreaking portrayal of a career woman in the 1970s.

She died at a Connecticut hospital on January 25 after being on a respirator for a week, according to TMZ.

1. Moore Was Hospitalized in Critical Condition Before Her Death

TMZ initially reported that the actress’ condition was “so grim” that family members had come to the hospital to “say goodbye.”

She was hospitalized Wednesday in Connecticut, her family said. According to TMZ, Moore was taken off life support by her family on Tuesday night.

She was alive until Wednesday afternoon but was quickly slipping away. Within the hour of news breaking about her grave condition, the beloved star was dead.

Her representative told The Huffington Post and other news organizations:

Moore died of cardiopulmonary arrest after coming down with pneumonia.

circa 1974: Full-length studio portrait of American actor Mary Tyler Moore. She is wearing a long sleeved, full-length dress which has a nautical collar. (Getty)

In addition to diabetes, Moore had brain surgery in 2011, although she recovered from that.

She was a leading diabetes research advocate. According to ABC News, Moore had long lived with diabetes. “Moore was diagnosed with type 1 at age 33,” reported ABC. She was also a vocal advocate of stem cell research.

JDRF, a leading organization for Type 1 diabetes research, wrote on Facebook, “Today the type 1 #diabetes (#T1D) community lost a true champion, the world lost an iconic entertainer, and we lost a dear friend and incredible supporter. We send our deepest sympathies to Dr. S. Robert Levine and the family and loved ones of Mary Tyler Moore.”

3. Moore Was Married Three Times but Her Last Marriage Was Enduring

Throughout the years, Moore was married three times. She also had one son, but he preceded her in death, dying from an accidental shotgun wound.

Her third husband, Robert Levine, is a cardiologist who was 15 years her junior. But theirs was a long marriage, lasting 33 years.

Before marrying Levine, Moore went through a high-profile divorce with television magnate Grant Tinker. Theirs was a troubled marriage plagued with alcohol use, Moore had said. The Tinker-Moore partnership dissolved soon after her son’s tragic death.

Her son, Richard Meeker Jr., was the result of her 1955 first marriage to Richard Carleton Meeker, CNN reported. 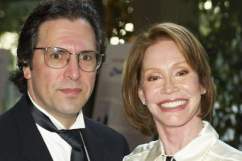 4. Moore Was Born in Brooklyn & Got Her Start as a Dancing Kitchen Appliance

Although Moore became embedded into the American consciousness as a legend through the platform of television, she actually got her start as a dancing kitchen appliance in television commercials.

It wasn’t long before she started securing television roles and would find herself in the annals of Hollywood history, known for her career focus and her dynamic smile.

5. Moore Is Best Known For the Television Show That Bore Her Name

This photo is from 1970. American actress Mary Tyler Moore, winner of five Emmy awards for her appearances in television comedies of the 1960s and 1970s, poses for a photo. (Getty)

In addition to the Mary Tyler Moore Show, Moore is best known for her role of Laura Petrie on The Dick Van Dyke Show (1961). Her character was the husband of Van Dyke on the show.

Her most famous television character Mary Richards personified the women’s movement in the 1970s by focusing on women’s career choices. Richards worked in a Minneapolis television station.