Tonight, Meryl Streep will receive the Cecil B. Demille Award for her lifetime contribution to the entertainment industry at the 2017 Golden Globe Awards. Streep is also up for Best Actress – Motion Picture – Musical or Comedy at tonight's ceremony for her work in 'Florence Foster Jenkins.' The New Jersey born actress has received a record-setting 30 Golden Globe nominations over the course of her career-- only Jack Lemmon has come close to her record, with 22 nominations. Her first Golden Globe nod came in 1979 with the film The Deer Hunter, and in 1980 she won best supporting actress in a drama for Kramer vs. Kramer. Streep is renowned for her versatility, and has received a total of 19 Academy Nominations in her lifetime-- also more than any other actor or actress. She is considered by many to be the greatest living actress, and tonight, she will take the stage, where she will be recognized for her talents and artistry in the world of entertainment. Click through our gallery to revisit some of Streep's best moments as an actor. (Getty) 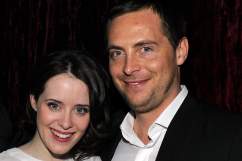 Read More
Golden Globes, Meryl Streep
Tonight, Meryl Streep will receive the Cecil B. DeMille award at the 2017 Golden Globe Awards for her lifetime contribution to the entertainment industry.