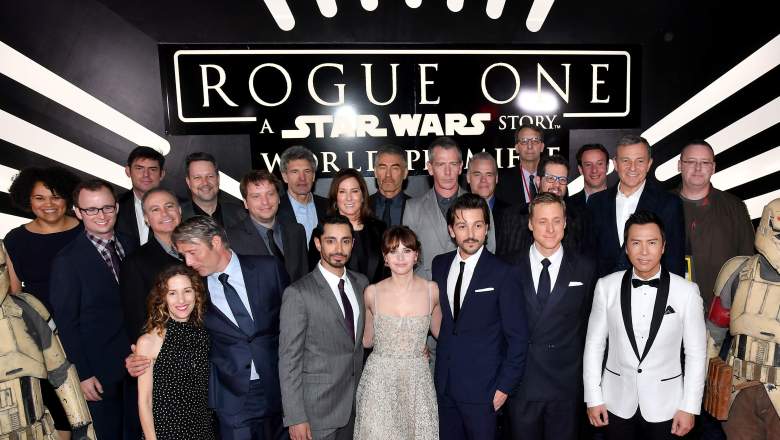 Rogue One: A Star Wars Story continued adding to the Star Wars franchise’s history at the Academy Awards. While the film wasn’t as widely embraced by the Academy as The Force Awakens was last year, the first stand-alone film in the franchise nabbed two Oscar nominations.

The film, directed by Gareth Edwards, was only nominated for Sound Mixing and Visual Effects. In the Sound Mixing category, it is up against Best Picture nominees Arrival, Hacksaw Ridge and La La Land, as well as 13 Hours.

In the Visual Effects category, the film is up against The Jungle Book, which will likely be the frontrunner for the award. Deepwater Horizon Doctor Strange, and Kubo and the Two Strings were also nominated.

For those keeping track of Star Wars‘ history at the Oscars, A New Hope remains the only film in the series nominated for Best Picture. The original 1977 film is also the most-honored movie, with six Oscar wins, plus a special award for Ben Burtt’s sound design.

Every movie in the franchise (yes, including the prequels) have been nominated for at least one Oscar. The Empire Strikes Back and Return of the Jedi both won special Visual Effects Oscars, since the category was still not included as a regular category in the early 1980s.

Revenge of the Sith is the only Star Wars film not honored with an Oscar or nomination for visual effects. Its lone nomination was for makeup. None of the prequels won Oscars. Since The Force Awakens didn’t win anything last year, no Star Wars film has won an Oscar since 1984, when Jedi won its special Visual Effects Oscar.

The 89th Academy Awards will air live on ABC on February 26.

The Complete List of Every Single ‘Star Wars’ Oscar Nomination