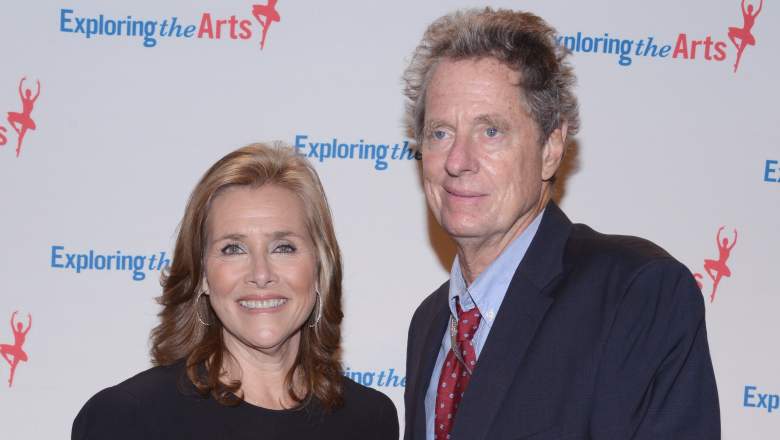 Meredith Vieira and Richard M. Cohen have been married since 1986. (Getty)

Meredith Vieira, who returned to NBC’s The Today Show to co-host the second week of 2017, is married to former journalist Richard M. Cohen. The two have been married since 1986 and have three children.

The 68-year-old Cohen is an Emmy-winning journalist who worked for CBS News and CNN. However, his greatest achievement is overcoming colon cancer twice. He is also legally blind and was diagnosed with multiple sclerosis when he was 25. Today, Cohen writes a blog called Journeyman.

Here is a look at Cohen’s life and career.

1. Cohen Kept His MS Diagnosis a Secret to Get a Job at CBS News & Told Vieira About His Condition on Their Second Date

Cohen shared his life story in the 2005 book Blindsided: Lifting a Life Above Illness: A Reluctant Memoir. The book was a New York Times bestseller and is still in print.

While promoting the book, Cohen told ABC News that his father told him that he and his grandmother both had multiple sclerosis. At age 25, Cohen was diagnosed with the neurological disease himself while working as a news researcher. He said he kept the diagnosis to himself because he thought it would hurt his chances to get a job. He was hired by CBS News, but didn’t tell his bosses about it right away.

“I lied to get the job,” Cohen told ABC News. “I faked my way through the company physical … I was scared to death because by now I was somewhat blind in both eyes.”

Cohen told ABC News that most women would not continue dating him after he told them about his condition, even though it was barely noticeable. Vieira did not go running though, when he told her during their second date.

“He asked me ‘What does MS mean to you?” Vieira told ABC News. “And I said ‘It’s a magazine. MS magazine.’ The worst that I thought was that he could lose his sight. And I was OK with that.” 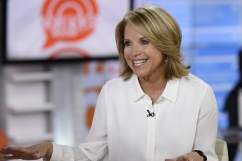 Katie Couric Age: How Old Is the News Anchor?

2. Vieira & Cohen Didn’t Tell Their Three Children About Their Father’s MS Until After They Saw Him Fall 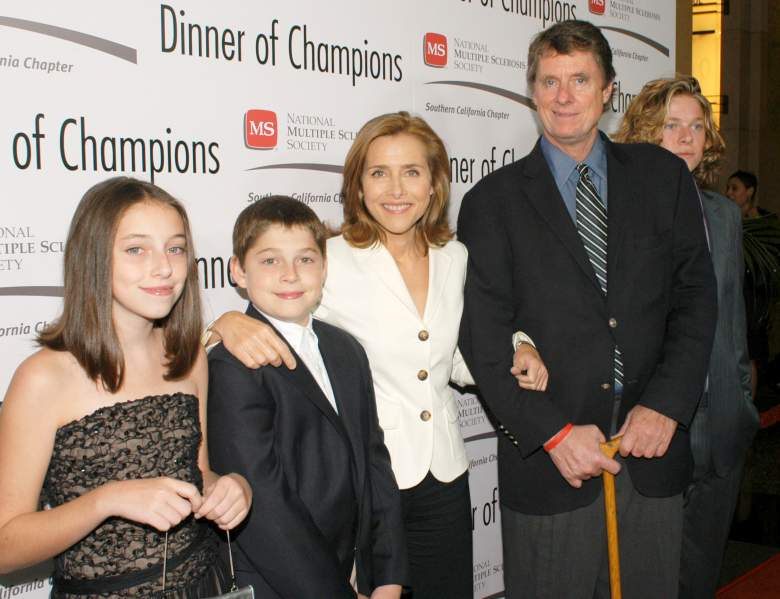 Meredith Vieira, Richard M. Cohen and their children in 2005. (Getty)

Vieira and Cohen are parents to Ben, Gabriel and Lily. They didn’t tell them about their father’s condition until Ben was 7, Gabriel was 5 and Lily was 3. According to an AARP profile, the three of them saw their father fall backwards down a staircase and land on his head.

“I realized kids are intuitive; they are sensitive,” Vieira told AARP. She added of Ben, “He didn’t know what it was, but he knew something wasn’t right.”

As the children grew up, they openly talked about MS in the house, but they focused on normal activities more often. Lily called her childhood “completely normal,” telling AARP that MS “definitely affects everybody in the family; it affects what you are able to do, how quickly you can do something… But everybody has something in their family that’s unique.”

In recent years, MS has taken its toll on Cohen’s health. He is now legally blind and his right hand is too weak to even carry an old book. He uses a cane and has trouble walking for more than a city block. His voice also has a “scratchy warble to it,” as AARP described.

Of course, this doesn’t stop him from writing. He frequently posts on his blog, with his most recent post coming on January 3, 2017.

Cohen not only lives with MS, but is also a cancer survivor… Make that two-time cancer survivor. Both of these bouts required invasive surgery. After his battles with cancer, he wrote Blindsided.

In a WebMD column, Cohen wrote that the second bout with cancer was “the low point in my life.” Cohen wrote:

I had worked so hard, really for my whole adult life, to stay up and positive and optimistic. And this was crushing. And I sort of took it out on the family. And I was very dark. I was very difficult to deal with. And Meredith came up to me and said, “You’ve got to stop this, you know? You’ve gotta stop treating your family this way. You know, they’re the ones who love you.”

But Cohen said that people who frequently face illnesses can still have a life and could even embrace it as who they are. He wrote that, while he would trade away the cancer battles, he would trade in MS.

“It’s who I am, it’s part of my identity. And it really is my mission. And it means so much to me to work with other people and to do the writing that I’ve done,” Cohen wrote. “I continue to say, you know, that I have a great life. And I have no regrets.”

4. Cohen Described What He Sees as an ‘Impressionist Painting’ & Said MS Attacked Both Optic Nerves

While on Larry King Live in 2004, Cohen explained that he isn’t completely blind, but described what he sees as an “impressionist painting.”

“You go 20 feet away and it all fades away and blurs and becomes very fuzzy in the distance,” Cohen told King. He added that MS attacked both optic nerve.

When King asked how he could be a television producer while being legally blind, Cohen explained, “Well, legal blindness is different from blindness, and television, as you know, is a collaborative medium. And I just had good people with me — camera crews, correspondents — and I really relied on the vision of other people to sort of fill in what I could not see clearly, myself.”

In that same interview, Cohen described MS as a “constant companion,” adding, “It’s just built into life, and, you know, it just is something you endure, something that you — at least I decided early on, and Meredith decided early on, it was not going to deter us from having a normal life, raising three kids, and going forth.”

5. Cohen Had a Serious ‘Touch & Go’ Health Scare in 2014 & Took Part in a Trial That Involved the Infusion of Stem Cells

On April 1, 2014, Cohen shared a blog post titled “Crisis.” He had a swollen foot and after going to a local hospital, it was discovered that he had a blood clot. “A CT scan indicated a piece of the clot had broken off and reached my lungs, perched on a blood vessel close to my heart,” he wrote. “This was dangerous.”

Cohen wrote that he was on blood thinners and doctors told them that it was “touch and go.” HE wrote:

Twenty-four long hours later, what they called an “umbrella” was passed through a vein in my leg to the abdominal cavity. The umbrella was opened and provided a net to catch any future clots. Within days, the blood thinner had stopped the clot in my chest. The crisis seemed to end, and a new phase had begun. There’s a lot to figure out for the future.

Cohen said this had nothing to do with a stem cell clinical trial he was involved in. Instead, he suggested that it had to do with “too many hours sitting in one position at the computer.”

Over a month after the scare, Cohen appeared on The Today Show, where he told Matt Lauer that he had no regrets about taking part in the stem cell trial. It involved an infusion of stem cells extracted from his body.

“Absolutely none. Because I’ve had the illness for over 40 years. I’ve been told for that period of time that there really is nothing for the kind of MS that I have,” Cohen said. “And you know, when you’re in that kind of a situation, the concept of hope doesn’t even go through your mind. Suddenly I realized, maybe, just maybe, there was some kind of hope.”