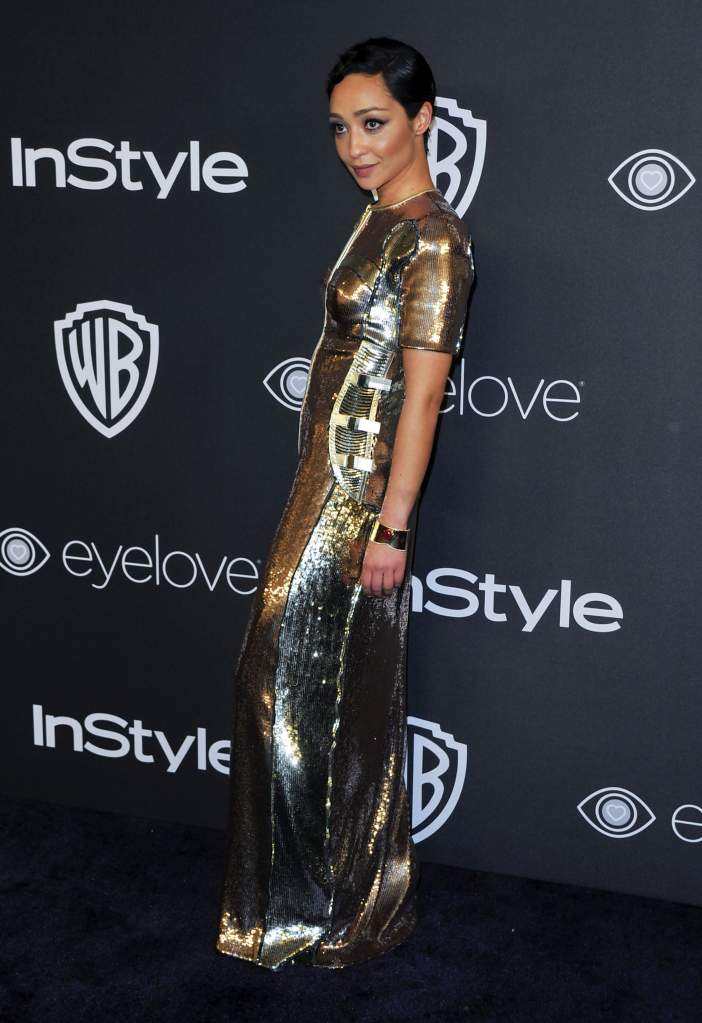 Ruth Negga has secured a best actress Oscar nomination for her role in the movie, Loving, which chronicles interracial marriage and racist laws that sought to prevent it.

The nomination had some people wanting to know more about her. The nomination upset better-known actress, Amy Adams, whom some expected to get the nom for her role in Arrival.

1. Negga Was Born in Ethiopia & Raised in Ireland

A big congratulations to Ruth Negga on her #Oscars Nomination. Go get 'em, Flowers! #Oscars pic.twitter.com/lqnTF5UW9P

The Guardian reported that Negga lived in Ethiopia until she was four, and was then raised raised in Limerick and London.

According to the Guardian, Negga’s father died in a car accident when she was age seven. “Partly my feelings of difference were down to having parents of different races. I had quite a scattered childhood,” she told the Guardian. “I was Irish in London, because I had my secondary school education there. I never really fitted anywhere.”

2. Negga Was Nominated For Her Role as Part of an Interracial Couple

The movie Loving tells the story of an interracial couple who break the law when they marry in Virginia in the 1960s.

According to ScreenDaily, in Loving, Negga plays the role of Mildred Loving, a real woman who, in 1958, was blocked by Virginia state law from marrying a white man, Richard, because she was black.

“The pair travelled to Washington DC to wed but, on returning to their Virginia home, were arrested and forced to choose between prison or banishment from the state,” ScreenDaily reported. The role of Richard is played by Joel Edgerton; the real-life couple’s case went up to the U.S. Supreme Court, where the court struck down the racial laws.

At the time, 24 American states banned interracial marriage, according to People Magazine. The couple, who had grown up around each other, had three children; Richard Loving died in a car accident eight years after the court ruling, and Mildred Loving died in 2008, People reported. The car was driven by a drunk driver.

3. Negga Believes Her Race Has Cost Her Roles in Hollywood

Negga has said in interviews that she feels like her race – and the fact she has an accent – has cost her roles in Hollywood.

“They want to put you in a box in LA, that’s how they tend to do it there, so if you don’t fit in that box, it makes it more difficult,” she said.

Hollywood has been much criticized over the years for the “whitewashing” of the Oscars, with black actors and actresses being left out of nominations. This year was better.

Negga has called for a “renaissance” of film about women in the civil rights era, saying: “A lot of women of colour’s stories from that era have been sidelined,” ScreenDaily reported.

4. She Is Dating an Actor Who Stars With Her in the Comic Book Adaption, The Preacher

According to the Irish Sun, Negga is dating Dominic Cooper.

The newspaper says the couple has lived together in London since 2010 and adds, “They both star in Preacher, a Comic Book to TV show adaptation for the AMC TV network.”

Negga plays the character Tulip in the Preacher.

The Irish Sun reported that Negga and Cooper also worked together on the movies, Warcraft and Breakfast on Pluto.

That movie focuses on the story of a transgender person caught up in the tumult of 1970s Ireland.

She was cast as runaway slave Celeste in the movie 12 Years a Slave, but critical scenes involving Negga were cut.