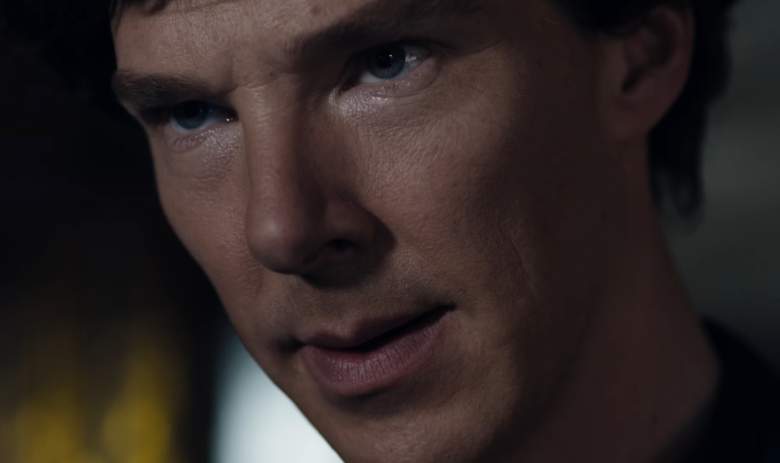 Exactly a year after “The Abominable Bride,” the game is afoot for Benedict Cumberbatch and Martin Freeman in Sherlock once again. The fourth season of the acclaimed BBC series debuts on PBS at 9 p.m. ET on Sunday, January 1. Read on for a preview of the first of three episodes in the season.

The new episode of Sherlock is titled “The Six Thatchers,” in which Sherlock (Cumberbatch) is obsessed with the idea of Moriarty (Andrew Scott) having a plot that will unfold after his death. In the meantime, Scotland Yard has a new case for Sherlock to solve and it involves the mysterious destruction of Margaret Thatcher images. The dark past of Mary Watson (Amanda Abbington) might also be involved.

Although he doesn’t appear in the premiere, Toby Jones will star in season four as a new villain for Sherlock, Culverton Smith. Like many other aspects of the series, Smith has his roots in the original Sir Arthur Conan Doyle novels and appears in The Adventure of the Dying Detective. Jones will appear in season four’s second episode, titled – appropriately – “The Lying Detective.”

Each season of Sherlock lasts between three and four episodes, with each episode running 90 minutes. After “The Six Thatchers,” “The Lying Detective” airs on January 8 and “The Final Problem” airs on January 15.

EPISODE DESCRIPTION: “The Six Thatchers” – “Sherlock waits to see where Moriarty will make his posthumous move. One mysterious case in particular baffles Scotland Yard – but Sherlock is more interested in a seemingly-trivial detail. Why is someone destroying images of the late Prime Minister Margaret Thatcher? Is there a madman on the loose? Or is there a much darker purpose at work? Something with its roots deep in Mary Watson’s past.”

Read More
Benedict Cumberbatch, PBS, Sherlock, TV
The new season of Sherlock is finally here. It's been a whole year since Sherlock and Dr. Watson were last seen in action. Find out when to catch them on PBS.