Skrillex, aka Sonny Moore, hasn’t always been a dubstep DJ and hairstyle trend-setter. He was previously a pop-rocker, and still had influence on hair styles a number of years ago. Before his tremendous EDM fame, the DJ was the lead singer and guitarist for the rock outfit From First to Last. He hasn’t ventured far, though. In fact, Moore and the band just shared a brand new collaboration together, with Moore on vocals, called “Make War,” on January 15, 2017.

You know how a side project can become your main focus sometimes? Well, that’s what happened here. Fortunately, the band hasn’t ever technically broken up and Moore has never officially quit. And now, we have the new song “Make War” (which also features Blink-182’s Travis Barker on drums) to listen to.

Here are five fast facts you need to know about Sonny Moore’s band, From First to Last.

1. Moore Asked to Join & Became the Band’s Frontman at 16

From First to Last was formed by Matt Good in 1999. Over the next few years, he’d recruit band members Travis Richter on guitar and Derek Bloom on drums (both of whom are in the band’s current lineup) and then released an EP called Aesthetic on Four Leaf Recordings in 2003.

Vocalist Phillip Reardon was the featured lead singer on the EP, but quit the band when they signed to Epitaph Records later that year. In search of a new singer, Good took to the band’s popular MySpace page to ask the followers. That’s where he met Sonny Moore.

In a 2015 interview with Katie Couric, Moore spoke briefly about his time with the band and how it all came together:

“I found this band; I met them online and I flew out to see them. They were called From First To Last and I did [two records] with them and then spent two-and-a-half years touring with them.”

Those two records were Dear Diary, My Teen Angst Has A Body Count and Heroine, both of which were released by Epitaph Records. The touring he mentioned in the interview above did a number on Moore’s vocal cords, though, leading to his departure from the band to focus on his EDM music. 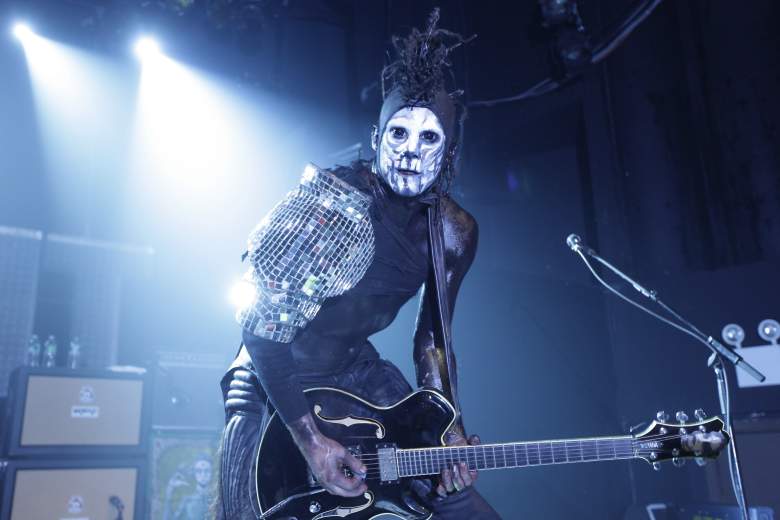 When FFTL went into the studio to record Heroine with producer Ross Robinson, the band had asked bassist Jon Weisberg to leave the band. Robinson asked Wes Borland to play bass on the record, resulting in the Limp Bizkit guitarist touring with FFTL until he left the band in 2006.

“Ross is a really good friend, and he asked me to come play bass on the record, and I just loved it,” Borland told MTV News in 2005. He toured as the band’s bassist through 2006, before having to leave to focus on his band, Black Lights Burn.

After Borland left the group, Moore also announced his departure. Having no permanent bass player or lead singer, From First To Last faced the biggest test of their career. They returned with their self-titled album in 2008. Moore, of course, went on to win his eight Grammys and gain world fame as Skrillex.

Good announced that From First To Last were “basically going on hiatus,” on July 28, 2010. Time off from this band meant that the members could work on other music projects.

“Now before everyone starts jumping to conclusions I just want to make sure everyone knows me and the other members of the band are all still very, very close,” he added in his announcement. “so I don’t want anyone to think this is a result of animosity between them and I.”

Good officially joined Craig Owens‘ band, Destroy Rebuild Until God Shows (aka D.R.U.G.S.) the day after making the above announcement. Then Good took a number out of Moore’s book and changed genres.

4. Skrillex isn’t the Only FFTL Member to Make EDM

Good, along with his D.R.U.G.S. band member AJ Calderon, formed the dubstep project Kit Fysto in 2012. It started out with some remixes, but soon became his main musical focus. The duo has a Facebook page, SoundCloud account and a YouTube channel.

Along with his collaborator John Lopez, Richter also got into the EDM world as Modified Drugs. You can listen to their music on SoundCloud. Richter also sang in the bands The Color of Violence and The Human Abstract.

Moore, Good, and Richter have apparently put their EDM careers on hold for now, according to the band’s official member lineup featured on their Instagram account. Also worth noting from this Instagram update: Bloom is officially back in the band, too.

5. FFTL’s Most Recent Singer, Spencer Sotelo, Learned he was Fired on Twitter

Photo from the Sonic Unrest Tour. Looking forward to heading to Australia in February to play these P3 songs for you too! ?: @kristinkestersonphoto

The band came out of hiatus with a Kickstarter campaign for a new EP. This crowd-funded project raised over $30,000, surpassing the original $25,000 goal. Instead of a releasing an EP, the band went into the studio to record what would become the LP Dead Trees. Periphery singer Spencer Sotelo served as the main vocalist on this record.

Sotelo was the lead singer of FFTL until the summer of 2016 – or at least that’s as much as he knows. According to a Twitter conversation and then announcement, Sotelo was no longer a member of the band.

After Moore hinted at a reunion with his former band, From First to Last shared the news on their Facebook. Apparently, this is how Sotelo found out he was no longer the lead singer of the band. Either way, it looks like there is no bad blood between him and his former band.