Tonight is episode 2 of The Bachelor 2017 and Nick Viall is hot on the pursuit of his future Mrs. Just a disclaimer, if you are NOT interested in spoilers on tonight’s episode, you have come to the wrong place.

One woman feels anxious about a secret from her romantic past with Nick; 12 bachelorettes dress up for a wedding photo shoot; the one-on-one date sees the couple taking a helicopter to a yacht to enjoy a hot tub.

Get all the details on tonight show, from the first solo date to the eliminations when you read on below. 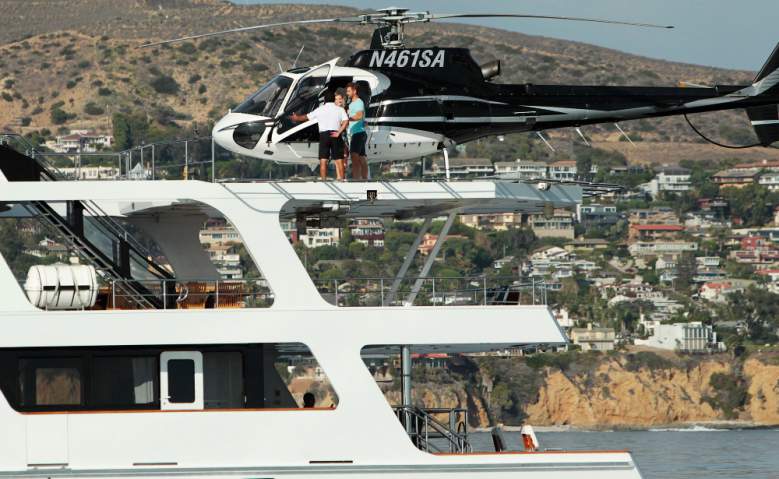 Danielle Maltby gets the first solo date of the season and she also gets the rose. Together, Danielle and Nick Viall take a boat ride in Newport Beach and also go on a Ferris Wheel at the Balboa Fun Zone. They even take a helicopter to a yacht where they enjoy some time in a hot tub.

Maltby is a cast member with a traumatic past as she lost her former fiance Nick Haag when he died of a drug overdose, according to OKHereIsTheSituation. Perhaps she will tell Nick Viall about her past on their one-on-one date. 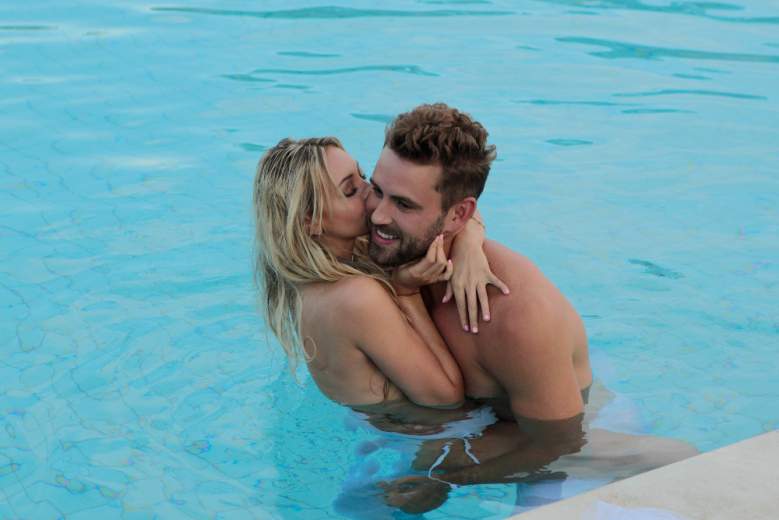 Corinne Olympios has been vocal with her opinions about the other girls to the camera, but tonight, she definitely makes some enemies. When she does a photo shoot with Nick Viall on a group date, she decides to remove her top, right in front of the other women. Corinne ends up getting the group date rose and is not shy about putting the moves on Nick.

Liz Sandoz Tells Christen About Her Sexual Past With Nick Viall

Liz Sandoz tells the cameras that she and Nick had a one-night stand prior to the show. During some down-time at the house, Liz confides in fellow contestant Christen, telling her how she met Nick at her friend Jade Roper’s wedding to Tanner Tolbert. Liz reveals to Christen that she felt very comfortable with Nick and that she was “wasted” when they “hooked up.” Christen then tells the cameras that Liz “laid it all out there.”

This definitely gets Liz in trouble and at one point, Nick even sits down with her to see if she is on the show for the right reasons. Watch the clip below.

According to Reality Steve, Christen ends up informing Nick that Liz spilled the beans on their past together. This results in Liz getting sent home. Jaimi, Christen, Kristina, Astrid, Josephine, and Liz are on a group date at the Museum of Broken Relationships. On the group date, Christen talks to Nick about Liz and she gets the group date rose. 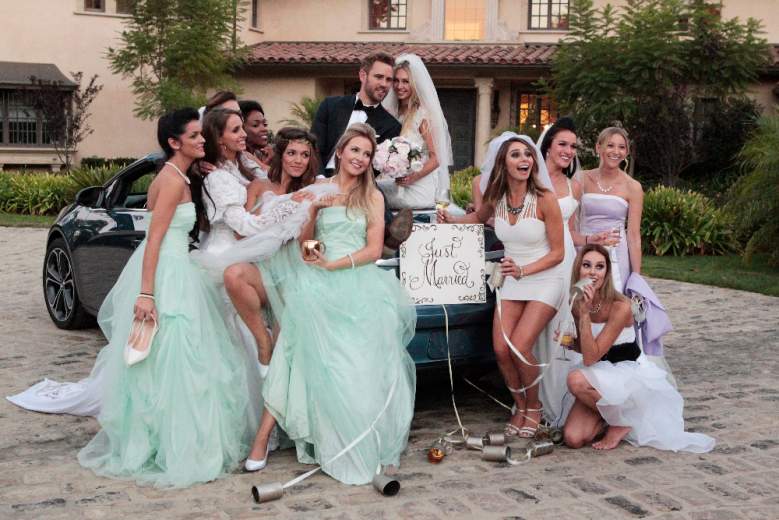 Elizabeth Whitelaw, Lacey Mark, Hailey Merkt and Liz Sandoz are eliminated, though the rose ceremony may not end up airing until next week because of all the Sandoz drama. Reality Steve reports that Liz gets let go on a group date, while the other three are sent home at the rose ceremony.

Elizabeth, Lacey and Hailey were all a part of the bridal photo shoot group date on this episode.

One person who does not show up to the rose ceremony is reported to be Corinne. Apparently, she parties a bit too hard and passes out. Good thing she got a group date rose tonight, right? According to Reality Steve, this is the beginning of a pattern with her this season.