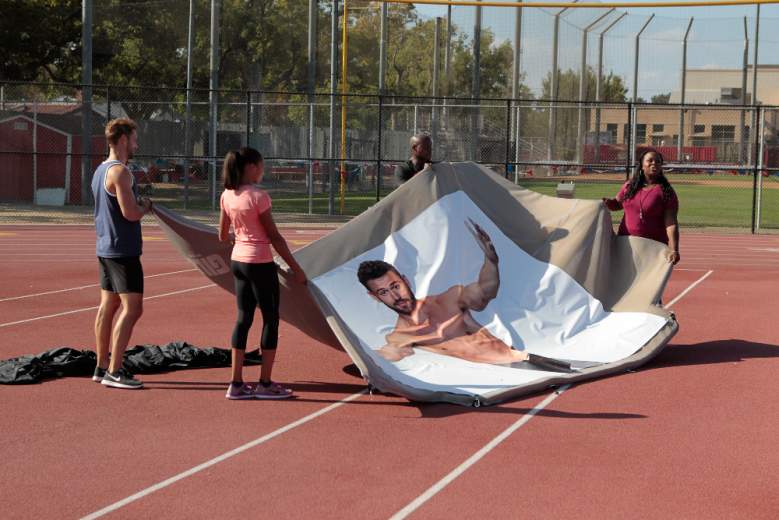 Tonight is episode 4 of The Bachelor 2017 and Nick Viall is knee-deep in women who are vying for his attention. Just a warning for fans, if you are NOT interested in spoilers on tonight’s episode, STOP READING NOW. Otherwise, carry on …

After Nick drops a bomb, sending Liz home, and comes clean to the rest of the women about his romantic tryst with her, he is anxious that some of them will decide to leave. There are those ladies who decide to give him a piece of their mind about the situation, but one bachelorette has some other outrageous plans for Nick. After the rose ceremony, three women are questioning why they were let go. In one of the most outrageous date-card deliveries ever, The Backstreet Boys pay a visit to the Bachelor Mansion, looking for the seven lucky bachelorettes that get their dream date. Nick takes one stunning woman on a date that is strictly out of this world – on a Zero G plane. An energized Nick invites seven ladies to join him and three celebrated Olympians – Carl Lewis, Allyson Felix and Michelle Carter– who will help train the women to compete in the “Nickathalon.” More surprises are in store for the remaining women, and Nick, who once again incurs the ire of his potential soul mates by his uber-sensual behavior.

Get all the details on tonight show, from the drama to the eliminations when you read on below.

Corinne Olympios is the villain of the show this season and many of the girls think she’s overly sexual as well as spoiled. Tonight, Olympios talks about her nanny, who she still has as an adult and this definitely rubs the girls the wrong way. In addition, Olympios takes star Nick Viall inside a princess bounce house outside the mansion for some one-on-one time. The two jump up and down and roll around together in their bathing suits, with Olympios straddling Viall. When the girls get wind of this, they are definitely not happy.

So, what else is up with Olympios this episode? She appears to be drunk and ends up passing out. According to Reality Steve, she misses the rose ceremony, but she already has a rose, so she gets a pass.

Vanessa Grimaldi Gets Sick On Her Date

Contestant Grimaldi gets a solo date with Viall and the two venture onto a Zero Gravity Experience airplane ride at California’s Long Beach Airport, where they became weightless. Grimaldi does get a rose, but she also gets very sick. An eyewitness told Life And Style Magazine:

They were kissing passionately on the plane. She got airsick and threw up at one point. But otherwise, they had a great time.

They were so affectionate. I’d be surprised if she isn’t the front-runner.

On the date, Grimaldi worries that her being nauseous is going to ruin the mood and her chance to spend time with Viall.

The Group Date Roses Go To …

On one of tonight’s group dates, the girls get to go to a Backstreet Boys concert. According to Reality Steve, former cast members Becca and Ashley I. make appearances on the date. And, the contestants who participated in this group date included Kristina, Jasmine, Whitney, Danielle L., Taylor, Corinne, and Christen. Danielle Lombard is the girl who gets this group date rose.

As for the other group date tonight, this one is for the more athletic. Track and Field Olympians Carl Lewis, Allyson Felix, and Michelle Carter all appear as coaches on the episode, with the contestants competing in track and field tasks. Alexis, Astrid, Rachel, Brittany, Dominique, Sarah, and Jaimi were on this date and Reality Steve states that he believes Astrid won the date, but not the rose for the date. Rachel Lindsay is reported to get the group date rose.

Dominique Alexis is reportedly eliminated during her group date after-party.

Last week, Viall sent home contestant Liz Sandoz, a woman who he had a one-night-stand with at a friend’s wedding. Tonight, Viall sits down with the other girls and lets them know that he previously had sex with Sandoz. You can watch some of their reactions in the above preview clip.

Because of the Sandoz drama last week, we didn’t make it to the rose ceremony. Reality Steve reports that the contestants who are eliminated next include Elizabeth Whitelaw, Lacey Mark, and Hailey Merkt.

If we make it to the rose ceremony after that tonight, the contestants who end up going home are Brittany Farrar and Christen Whitney.