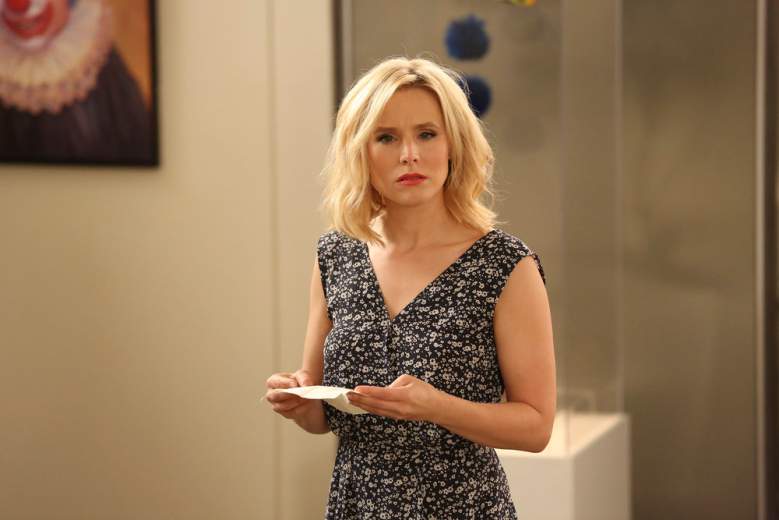 Kristen Bell as Eleanor on The Good Place. (Photo by: Vivian Zink/NBC)

It’s time to return to the bud-hole. The Good Place finally returns for the rest of its freshman season. Although it will only run 13 episodes, NBC still decided to put the show on the shelf for the holiday season. The new episode of the Kristen Bell-starring show airs on Thursday, January 5 at 8:30 p.m. ET. Read on for a preview and to catch up on the show.

All nine “chapters” of The Good Place are available at NBC.com, whee you can even find extended cuts for eight of the episodes. There are just four new episodes for the rest of the season, including the midseason premiere.

The Good Place was created by Michael Schur (Parks and Recreation, Brooklyn Nine-Nine) and stars Bell as Eleanor. The series starts after her death, where she learns that she has been accepted into a neighborhood in “The Good Place.” Unfortunately, architect Michael (Ted Danson) made a mistake because she’s a terrible person and was supposed to go to “The Bad Place.” Eleanor is working her hardest to prove that she can exist in The Good place while learning from her “soul mate” Chidi (William Jackson Harper).

The new episode is titled “Chidi’s Choice,” implying that Chidi will have to chose between the bad Eleanor and the good Eleanor, who was really supposed to be his soul mate. The bad Eleanor will also make a surprising discovery, while Jianyu (Manny Jacinto) makes a big announcement.