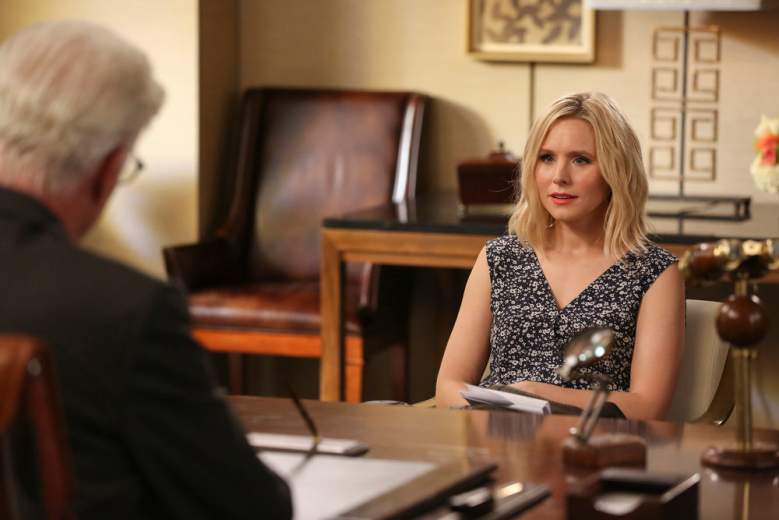 Kristen Bell in The Good Place. (Photo by: Vivian Zink/NBC)

With The Good Place‘s first season now over, that leaves us to wonder if the show will be back for a second season during the 2016-2017 TV year. Fortunately, Janet has the answer.

On January 30, 2017, NBC officially picked up the show for a second season. They had to, considering the shocking twist in the finale.

Creator Michael Shur (Parks and Recreation, Brooklyn Nine-Nine) sounded very confident about the show’s prospects before it was officially renewed. During the Television Critics Association Press Tour on January 19, Shur said that the season one finale will make viewers excited for the possibilities of season two.

“I will say that by the end of the final episode, you hopefully will be very excited to see what season 2 is,” Shur said, reports Entertainment Weekly. “Because you’ll get the sense that season 2 will be very different from season 1.”

D’Arcy Carden, who plays Janet, also told EW that the season one finale has plenty of cliffhangers. “[Shur] did such a good job of cliffhangering every episode, and the finale is that times a million,” she told EW.

In a New York Times interview on January 18, Shur teased that season two will also start to feature people who died at more advanced ages. Most of the show’s characters in the first season died in their 30s.

“We had this weird realization that you couldn’t have anyone in the afterlife under about 30-ish, because it was too sad,” Shur told the Times. “But the problem is, you’re trying to highlight Eleanor’s relationships, most of which are going to be with people roughly her own age. So what ends up happening is it looks like everyone’s the same age. There are significant plans underway already for Season 2 to alter some of that.”

Shur told the Times that the final episodes of season one do hint at where the show can go in the future. They could finally take the audience outside the neighborhood set up by Ted Danson’s Michael.

Shur planned out the first season as a 13-episode run, so it was a creative decision not to give The Good Place a “back nine.” He told TVLine that season two will be a “similar length.”

The Good Place stars Kristen Bell as Eleanor, a Phoenix woman who goes to “The Good Place” after death, but was really supposed to go to “The Bad Place.” During the second half of season one, “Fake Eleanor” worked to prove that she belonged in the Good Place, despite her flawed life on earth.