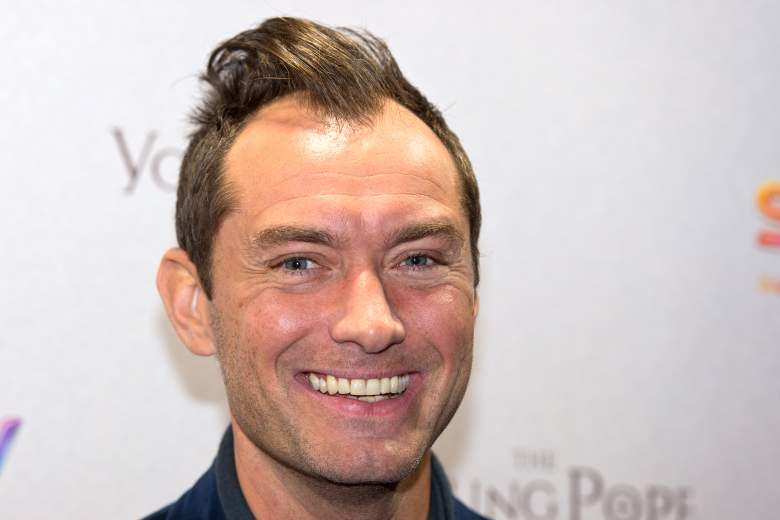 Jude Law stars in The Young Pope. (Photo by Ben A. Pruchnie/Getty Images)

He’s the pope, except he’s young and he’s played by Jude Law. That’s what The Young Pope, the new ambitious series from HBO, is all about. The show, which has already debuted in Europe to massive acclaim and popularity, finally starts in the U.S. on Sunday, January 15 at 9 p.m. ET. Read on for a preview of the episode.

The Young Pope is the first series from Italian filmmaker Paolo Sorrentino, the director of the Oscar-winning The Great Beauty and Youth. Jude Law plays Lenny Belardo, who becomes the first American pope. After being elected, he is known as Pope Pius XIII. Diane Keaton also stars as Sister May, the nun who raised Lenny in an orphanage and travels with him to Italy as his personal secretary. Scott Shepherd plays Cardinal Andrew Dussolier, Lenny’s lifelong friend.

Although the show was billed as a limited series, before the show debuted in Europe last fall, The Hollywood Reporter confirmed that a second season is in the works. The show first aired on Sky networks in Italy, Austria, Germany, the U.K. and Ireland back in October. It is an international co-production between HBO, Sky, France’s Canal Plus and Italy’s Wildside.

The Young Pope‘s first season was the most expensive show produced in Italy, costing $45 million to make.

HBO will air episode two of The Young Pope on Monday, January 16 at 9 p.m. following an encore of episode one. The network will continue airing episodes on Sundays and Mondays at 9 p.m. ET.

EPISODE DESCRIPTION: “First Episode” – “In the premiere of a ten-part miniseries following the reign of Pope Pius XIII, aka Lenny Belardo, the first American pontiff, Vatican protocol and, it seems, the Catholic Church, mean little to Belardo, who hires the nun who raised him at an orphanage to be his main adviser and whose iconoclastic behavior irks the cardinals who resent his ascension.”

To meet the cast of the series, click below: