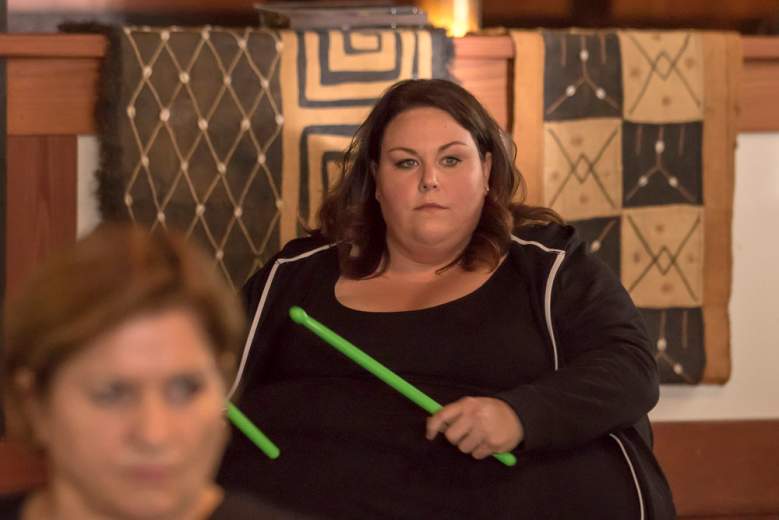 Chrissy Metz as Kate on This Is Us. (Photo by: Ron Batzdorff/NBC)

After a trip to the past, NBC‘s This Is Us returns to the present for the most part. The next episode, “Three Sentences” still has some secrets hidden in the past to reveal. The new episode airs on NBC at 9 p.m. ET on January 24. Read on for a preview of the episode.

In “Three Sentences,” each member of the Big Three face their own tough choices. As you can see in the preview, Kate is on a retreat before deciding to go forward with her gastric bypass surgery and she meets a new man who is happy to know that she’s only talking to her brother on the phone. Kevin is still trying to win Sloane back and takes some advice from Toby, who successfully won Kate back on Christmas. And Randall is trying to find time to spend with William.

In the past, Rebecca and Jack are planning three different birthday parties for their children. However, the preview also shows that Jack comes up with the idea of having another kid. Good luck with that one, considering how tough it was to convince Rebecca to have kids in the first place.

By the way, “Three Sentences” is the last new episode of This Is Us until next month. “I Call Marriage” doesn’t air until February 7. NBC will re-air “The Trip” instead on January 31. 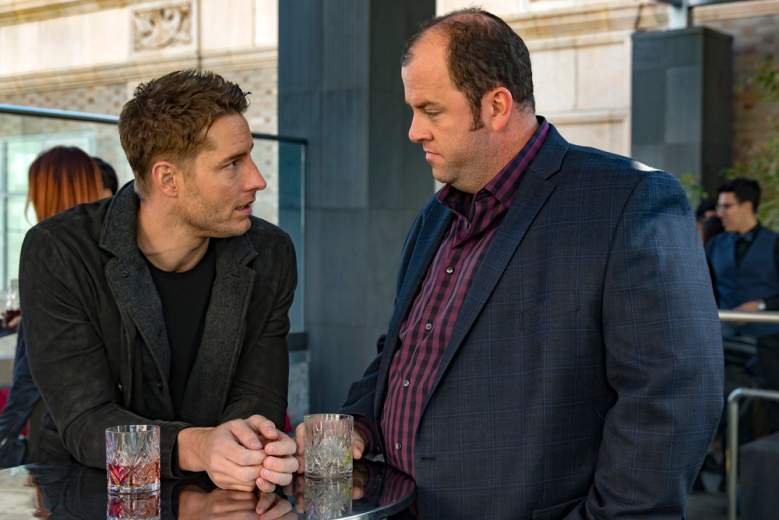 Justin Hartley as Kevin and Chris Sullivan as Toby. (Photo by: Ron Batzdorff/NBC)

EPISODE DESCRIPTION: “Three Sentences” – “Jack and Rebecca get in over their heads when they decide to throw Kate, Kevin and Randall three separate parties for their 10th birthday. Randall struggles to make time for William as things intensify at the office. Kevin makes a major decision in his romantic life. Kate’s gastric bypass journey takes an unexpected turn.”