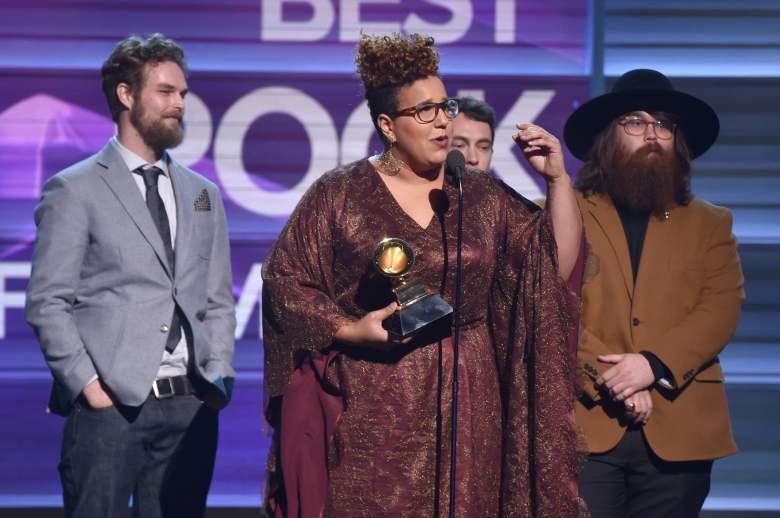 Rock N Roll has had a resurgence in the past year with new records from Metallica, Red Hot Chili Peppers, Radiohead, and the late David Bowie. There have also been some high-profile tours that gained attention in 2016 including the Gun’s N’ Roses reunioin tour, AC/DC with Axl Rose, and Iron Maiden to name a couple. But pop is currently king with pure rock music not gaining the chart traction that it once had.

With that being said, rock music has largely gone back underground and with it a host of fans are finding new rock music through social media. The Grammy Awards are being held on Sunday, February 12th, and rock music will hold the limelight for a few minutes anyway. We would like to take a closer look at the bands nominated for the 2017 Grammy Award for Best Rock Song.

Twenty One Pilots made a splash during 2016. Their self-described brand of “schizo” pop hit a chord with their skittish beats, absurd imagery, and equally absurd videos.

The song “Heathens” is taken from The Suicide Squad soundtrack and was released as the lead single. “Heathens” peaked at number 2 on the Billboard Hot 100 and was the duo’s highest ranking single to date.

The duo became the third act in music history to have simultaneous Top 5 Hot 100 singles in Billboard History with The Beatles and Elvis Presley as the only other acts with such an accomplishment.

Radiohead need very little introduction. The British band have been the darlings of alternative music for going on three decades and they can do no wrong. OK Computer, Kid A, and <In Rainbows are all considered masterpieces in their own regard with Kid A reaching Dark Side of the Moon-like status.

It was a total surprise when the band dropped their 2016 record A Moon Shaped Pool and their lead single “Burn the Witch” a dark and melodic cut that provides a wispy Thom Yorke falsetto to ride on.

“Burn the Witch” originated from sessions for Kid A and features, along with Yorke’s soaring voice, a choppy orchestral arrangement from guitarist Jonny Greenwood. The song suffered a long gestation.

Metallica are behemoths of the metal world inventing a genre all to themselves and then transcending that genre. They haven’t always been critics darlings, but their fans have more than made up for it. The long-awaited 2016 release Hardwired…To Self-Destruct was a return of sorts to their 80s hey day with punkier songs, and a menace to their sound.

The band admitted that the song “Hardwired” was a late addition to the record, with the band deciding that they needs a short, fast opener. It took Ulrich and Hetfield a week to compose the song. The edge the song provides, along with the fuck em’ all lyrics provided the Hardwired…to Self Destruct album the punch it needed out of the gate.

Of the many, many artists we lost in 2016, David Bowie’s passing may have stung the most. Not taking away anything from the many other amazing artists, but there may have been no other artist in the world that influenced as many musicians, actors, artists, and fashion designers as Bowie. The way his last record unfolded seems otherworldly. Bowie released his 25th album two days before he died of terminal liver cancer.

“Blackstar” was the lead single on the record and is a 10 minute opus of avant-garde jazz and rock that became a hallmark of Bowie’s career. The song, and album, was immediately praised as enhancing Bowie’s career at the ripe old age of 69. The song reached the Top 20 on the Billboard Hot Rock Songs Charts.

Highly Suspect is an American rock group from Massachusetts. The group formed in 2009 as a cover band playing songs by Sublime, Pink Floyd, and Jimi Hendrix. “My Name is Human” is on the groups second full length record entitled The Boy Who Died Wolf.

“My Name is Human” peaked at number one on the Billboard US Mainstream Rock Charts. The pulsing song is characterized by a soaring chorus and a driving, almost rapping, verse flowing over a steady beats.

“My Name is Human” is the second Grammy nomination for the band. They were previously nominated for the 2015 Best Rock Album category for their release Mister Asylum.