Tonight airs a sneak peek of the final season of Bates Motel. Fans are both dreading and anxiously awaiting the big premiere, sorry that the show is ending but excited to see Norman Bates’ story unfold. This season has some big celebrity guest stars and we’ve got some details on when to watch the show, premiere info and more below.

PREMIERE SYNOPSIS: The premiere episode is titled “Dark Paradise” and the synopsis reads: Norman tries to keep up appearances despite a troubling discovery; Dylan and Emma receive a surprise guest.

ADDITIONAL DETAILS: The new season picks up two years later and there’s a whole new cast of people, while some of your favorites still remain.

Showrunner Carlton Cuse has revealed to The Hollywood Reporter that:

Season five is about the ways in which our show does and more specifically does not intersect with the events of Psycho. So Kerry and I have always framed the show as a tragedy, and tragedy is a storytelling form where you know the characters have a bad fate but you’re hoping against hope they don’t meet that fate. We are going to see a version of Norman that is much closer now to the one in the movie, but the way in which he acts and the events in the story will not be the same as the movie. They will cross paths with some of the events in the movie and lead to an ultimate resolution. What that resolution is and how that plays out is something that will be not disconnected to the movie Psycho but will be very much our own story in the same way the entire series has been. 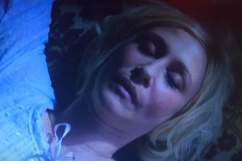 Read More
Bates Motel, TV
When is the 2017 Bates Motel premiere? Get the details on what date season 5 airs and more.