The final season of Bates Motel hits tonight and takes place two years after last season’s finale episode. Norma is dead, but very much alive in the mind of Norman Bates. Get the details on tonight’s premiere, what time it airs, what channel to watch and more below.

PREMIERE TIME: Season 5 will begin at 10 p.m. ET/PT and there will be a season 4 recap special airing prior to the premiere at 9:30 p.m. ET/PT

PREMIERE EPISODE 1 SYNOPSIS: The episode is titled “Dark Paradise” and the synopsis reads: Norman tries to keep up appearances despite a troubling discovery; Dylan and Emma receive a surprise guest.

A&E OFFICIAL SEASON SYNOPSIS: Fan favorite and Emmy-nominated actress Vera Farmiga returns for double duty as executive producer while also reprising her role as ‘Mother’ who is very much alive and well but only in the twisted, complicated mind of ‘Norman Bates’ played by Freddie Highmore. In addition, eight-time Grammy Award winner and series super fan Rihanna checks in to play the role of ‘Marion Crane,’ putting a newly rei-magined and contemporary spin on the iconic character … New faces find their way to the Bates Motel this season to further complicate Norman’s life and threaten to unearth his dark secrets. 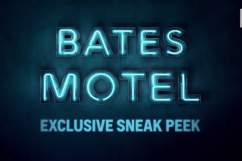 Read More
Bates Motel, TV
The season 5 premiere of Bates Motel airs tonight. Get the details on what time it airs, what channel to watch on TV and more.