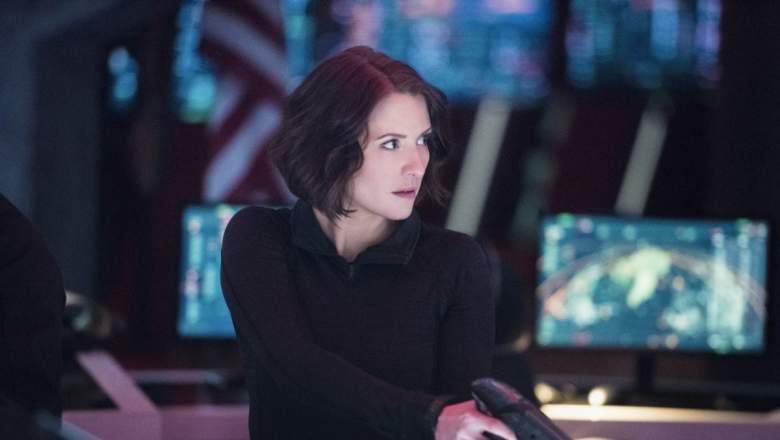 Chyler Leigh remains best known for playing Dr. Lexie Grey on ABC’s Grey’s Anatomy, but today she plays Alex Danvers on The CW’s Supergirl. In the series, based on the character from the DC Comics, Leigh stars as Alex Danvers. She’s an agent at the Department of Extra-Normal Operations (DEO) and Supergirl’s adoptive sister.

For part of Season One, Kara (Melissa Menoist) didn’t know that her sister worked at the DEO, but she eventually found out. Now, Kara, Alex, J’onn J’onzz (David Harewood) and Winn Schott (Jeremy Jordan) work together at the DEO to keep National City and the planet safe.

Season Two has also been a big year for Alex, since she finally found love. She’s dating Detective Maggie Sawyer (Floriana Lima), and came out to her mother and Kara. In the February 13 episode “Luthors,” Alex will finally come out to the rest of the team.

Here’s a look at Leigh’s life and career.

1. Leigh Is Married to ‘7th Heaven’ Co-Star Nathan West & They Have 3 Children 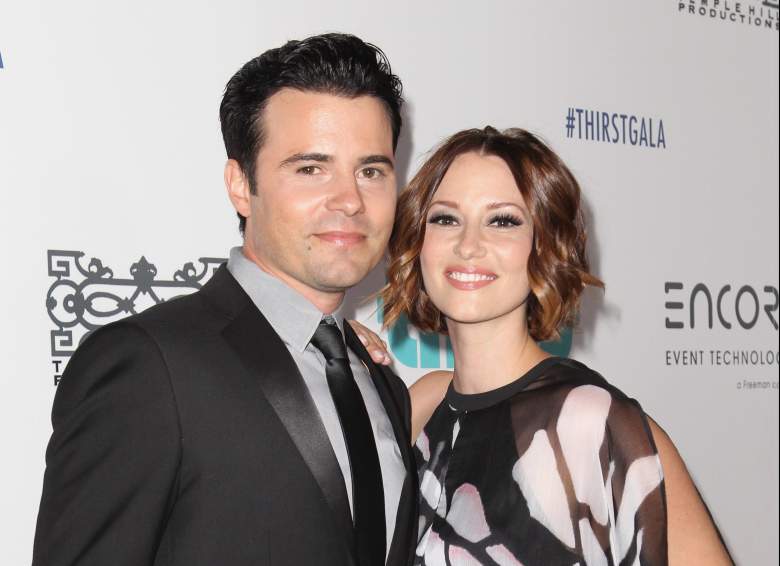 The 34-year-old Leigh is married to actor/musician Nathan West. The couple tied the knot in July 2002 and first worked together two years earlier in 7th Heaven. They have three children – Noah Wilde, 13; Taelyn Leigh, 10 and Anniston Kae, 7.

When Anniston Kae was born, the couple told People Magazine that they weren’t ruling out more children in the future. However, they haven’t had a fourth child yet.

“We love our family,” West told People in 2008, when Leigh was still in Grey’s. “If I wasn’t working as much and [Chyler] didn’t have the show, we’d have five or six kids.” 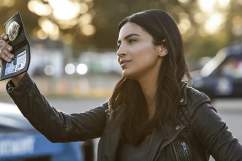 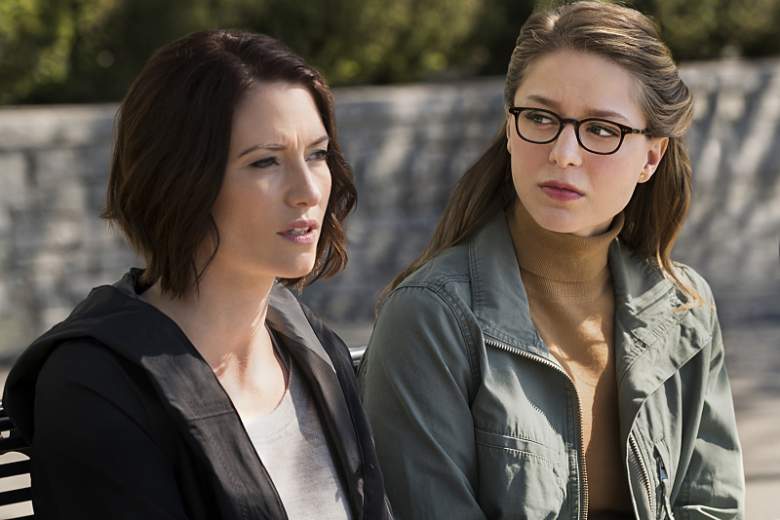 Liegh and West first met when she was 16 years old and working on a pilot called Saving graces. After the pilot wasn’t picked up, they stayed together. However, their lives spiraled out of control.

The two “went through a teenage fascination with drugs and drinking,” Leigh told People Magazine in a 2008 interview. Whenever they earned money from acting, they spent the money on drugs.

“[Drugs] put us in a false sense of reality—everything’s fine, sweep it under the rug. Then you get sober, and you’re like, I can’t live like this. I don’t want to live sober because then I have to actually feel something,” Leigh told People.

“What do you do when you’re 20 and you have thousands of dollars in your pocket and you don’t have a focus? We were lost for a long time,” West added in the interview.

The turning point came in 2001, when Leigh was cast in Not Another Teen Movie and the director told her she was too skinny. She called that a “reality check.” She was malnourished and had irritable bowel syndrome because of her drug use.

That same year, a friend took them to a Christian church, which they say was their first step towards getting clean. They didn’t recover overnight, but by 2002, they were married and have been sober ever since. 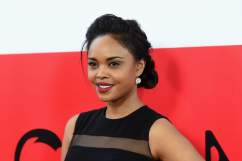 Sharon Leal as M’gann M’orzz on ‘Supergirl’: 5 Fast Facts You Need to Know

3. She Says the Overwhelming Majority of the Response for Alex Being Gay Has been Positive 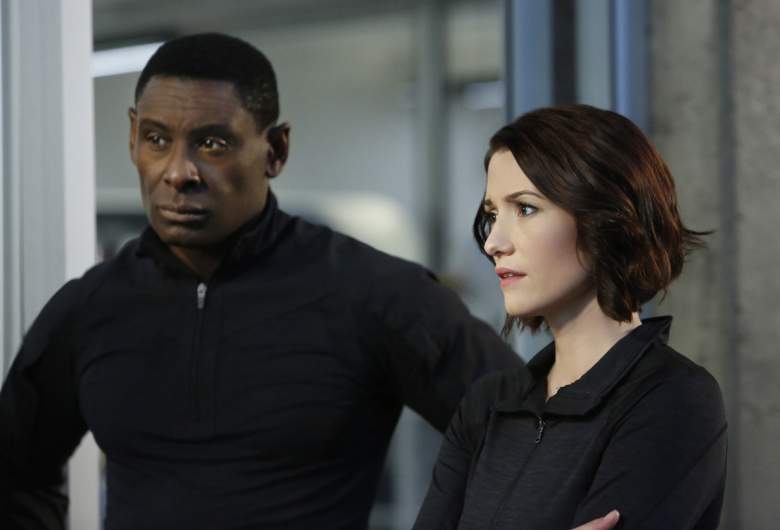 In season two of Supergirl, Alex has finally been able to build a life of her own, as Kara has matured more as Supergirl. Her storyline included her realizing that she’s a lesbian and she loves Maggie.

In an interview with TV Insider, Leigh said that most of the response to the storyline has been positive.

“It has been such a wild ride and there has been an overwhelming amount of positive responses,” Leigh told the site. “I mean, I’ll get little negative comments here and there, but I think that is more from the people who maybe don’t have that acceptance of what our world is today. But I’ve gotten thousands of messages and pictures from people telling me their stories. If this isn’t an amazing opportunity to speak to the heart of humanity as a whole and also touch people individually, I don’t know what is.”

Leigh said that the story has helped her learn in real life that it’s never too late to figure out who you really are.

“And that is what I am learning from all of this, that age doesn’t determine exactly what points you will be in your life or who you are,” Leigh told TV Insider. “I mean, I’m 34 and I am sill figuring life out. I’m a mom, I’m married…and when you have kids, there’s a whole new level of “Who am I?” [Laughs] It really is something that really brings a lot of hope to people, the idea that you don’t have to have it all figured out. The important thing is being honest with yourself, because if you can’t do that, you won’t be able to be honest with the people around you. And all that does if just eat at you.” 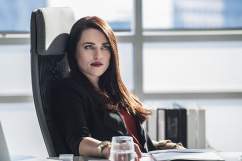 Katie McGrath as Lena Luthor on ‘Supergirl’: 5 Fast Facts You Need to Know

4. Since Her Character Wasn’t in the Comics, She Has a Freedom That Few Others Have on ‘Supergirl’ 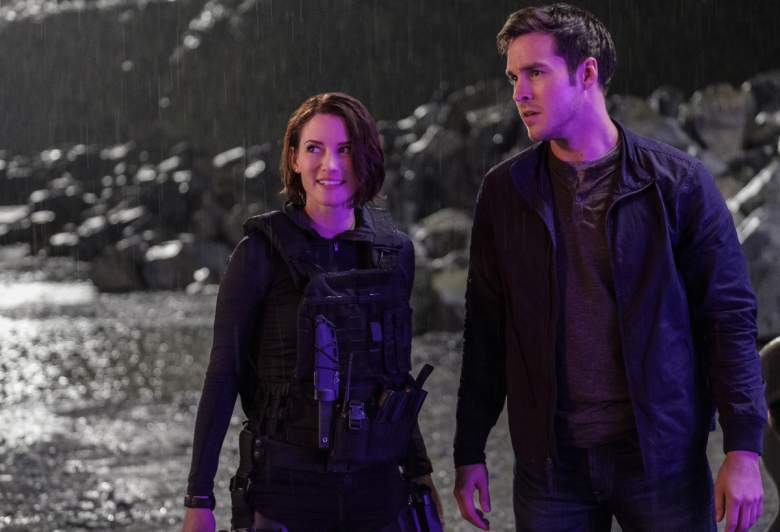 Alex is the only one of the main characters who has no basis in the comic books. In an interview with Paste Magazine, Leigh said that gives her the freedom to create her own character. She also said that an original character and other changes to the comics give the whole show the freedom to reinvent things.

“For me, it’s really fun. I know it’s true for the writers too—like you’re saying it does give a lot of freedom to color the story a little bit more,” she told the magazine.

Leigh told Paste that her character can still be considered a superhero, even if she doesn’t have powers because she’s still as passionate as Kara to fight crime.

“When you put Kara and Alex together, fighting the same fight, you can actually see that the power is equal between the two of them—which has been really fun for me because Alex isn’t relying on supernatural abilities. She’s using her experience,” Leigh told Paste. 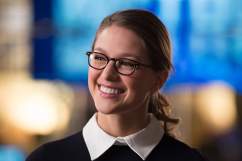 ‘Supergirl’ Updates: Kara Gets a Third Season & Musical Crossover Has a Villain

5. Leigh’s First Job in Entertainment Was Modeling in 8th Grade 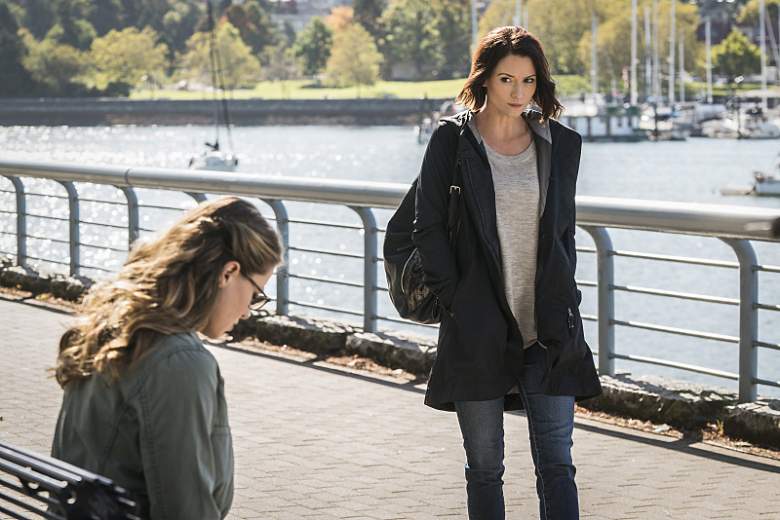 The Charlotte-born Leigh had a difficult childhood, as her parents divorced when she was 12 years old. She was raised in Virginia Beach, but she and her mother moved to Miami after the divorce. Her mother later remarried her first husband and Leigh has several half-siblings.

In her Paste Magazine interview, Leigh said she did some modeling in Miami when she was in eighth grade. It was her first time in front of cameras and her first taste of the entertainment industry.

“It wasn’t necessarily something that I wanted to do,” Leigh told Paste. It was something that I fell into, in a sense. My mom really wanted and pushed me into it, to get into the whole scene. It’s a very hard thing to be in, as far as all the casting calls. I think sometimes it can just be really, really hard… particularly on young girls.”