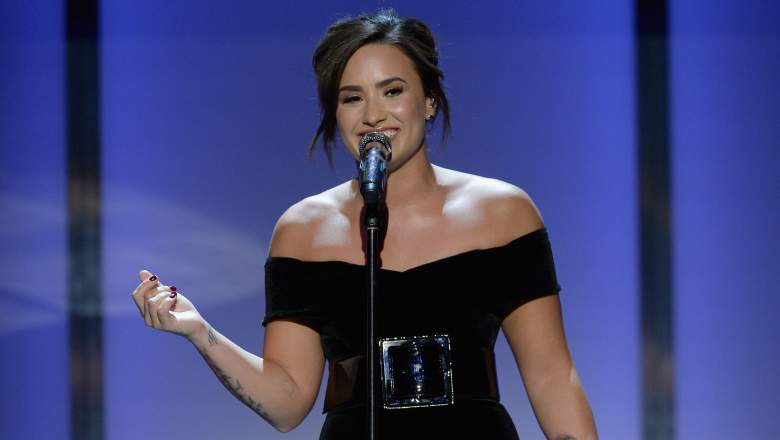 Sorry, everyone! Demi is taken.

On January 3, TMZ reported that Demi had split from UFC stud Luke Rockhold, and had started seeing MMA fighter Guilherme “Bomba” Vasconcelos. The two shared New Year’s together, and were seen going to a movie on New Year’s Day. Based on their social media accounts, it seems they’re still going strong.

This isn’t the first time Demi’s been seen with “Bomba”. Over the summer, after she split from Wilmer Valderrama, Demi was seen hanging out with Vasconcelos, but an insider told US Weekly that she was “just having fun” and was “still looking to meet new guys” after splitting from Wilmer Valderrama.

Now, it seems Demi’s ready to give “Bomba” a real shot, and he seems ok with that! Over the past two months, the MMA fighter has posted a few pictures with Demi to his social media accounts, like the one below.

According to US Weekly, Lovato and Vasconcelos both train at Jay Glazer’s Unbreakable Performance Center in West Hollywood, where she often posts pictures of herself boxing. Sher Dog reports Vasconcelos as being 30-years-old, 6-feet-tall, and 170lb.

In June, Lovato and actor Wilmer Valderrama split after nearly 6 years of dating. The pair went to social media to share the news with a joint post that read, “After almost 6 loving and wonderful years together, we have decided to end our relationship. This was an incredibly difficult decision for both of us, but we have realized more than anything that we are better as best friends. We will always be supportive of one another. Thank you to everyone who has offered us kindness and support over the years.”

At tonight’s Grammys, Lovato has been nominated for Best Pop Vocal Album for ‘Confident.’

Read More
Demi Lovato
Who is Demi Lovato dating? Is she single? Get the details on her relationship status here.