Tonight’s episode was filled with drama, tears, and lies, and one thing is certain about next week’s finale: a lot of loose ends need to be tied up.

Tonight, we found out that Connor may have played a role in Wes’s death. We know Connor was in the house the night Wes died, but we’re not sure what exactly he was doing there. Whatever it was, he kept it a secret, so things are looking shady.

What exactly went down? On tonight’s episode, Oliver dug through his copy of Annalise’s phone files only to learn that Connor checked his voicemail the night of the fire, after Annalise called him over to her house. He did go to the house, too– which means he lied to Oliver. Trouble in paradise? Once again, yes.

In the final seconds of tonight’s show, we saw Connor administering chest compressions on Wes, attempting to resuscitate him. Up until this point, Connor has been one of Annalise’s biggest adversaries, but now, we realize that he may have painted her as the one responsible for Wes’s death to protect himself.

Fans weren’t too happy to learn that next week is the season finale, but the good news is that it’s two hours long. That leaves us with plenty of time to answer the question that will haunt us all for the next seven days: Who killed Wes?

Check out some of the fans’ reactions to Connor’s involvement in the whole ordeal below:

I don't even know what to think at this point. Lord get me through this finale. #HTGAWM #whokilledwes

I just don't think Connor would have killed Wes. I'm just mad he didn't even mention that he was there like wtf #HTGAWM 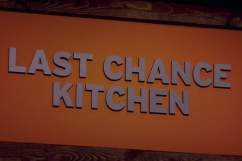