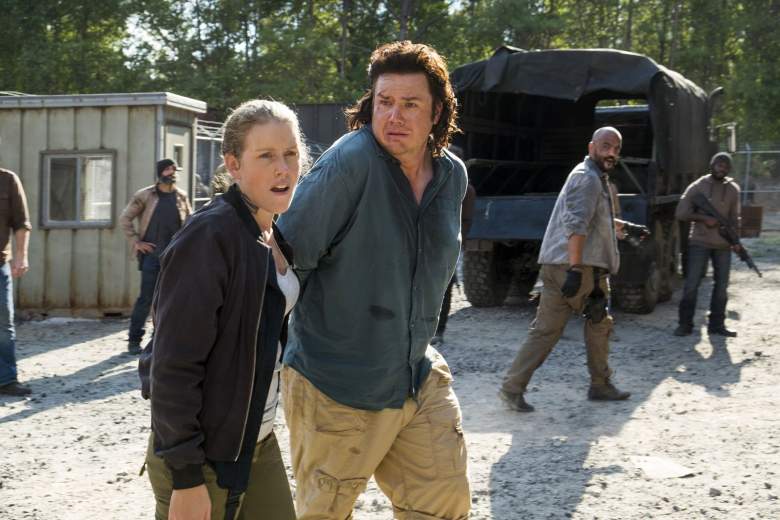 On tonight’s episode of The Walking Dead, called “Hostiles and Calamities,” we finally get to see Eugene and Negan face-to-face after the Saviors took Eugene from Alexandria. The two definitely make an interesting pair. But fans who haven’t seen the episode yet are wondering if Eugene died. And if he didn’t, just how much longer can he survive?

Despite many fans believing this would be Eugene’s last episode, he actually did survive The Walking Dead. When Negan’s wives were trying to get him to make a poison pill, it really seemed like he was being set up by Negan himself. But Eugene didn’t fall for it. Instead, he stood strong and saw through their plot, opting not to try to stand up against Negan.

Now, Eugene has risen the ranks and appears to be Negan’s right-hand man, right next to Dwight.

But how long can Eugene last?

Although The Walking Dead deviates pretty heavily from the comics, to the point where it is basically an alternate/parallel universe of sorts, fans sometimes still look to the comics for clues. According to this comic-based wikia page about Eugene, he’s still alive and well in the comic world too, which is past the Negan storyline.

But don’t get to comfortable with that knowledge. The show has been known to kill people who are alive in the comics or replace characters completely. Except for Rick’s plot armor, the show is pretty unpredictable. And in the past, the show had a tendency to kill off characters after developing their back stories and getting fans to like them. So don’t think Eugene is out of the woods yet. Only time will tell.