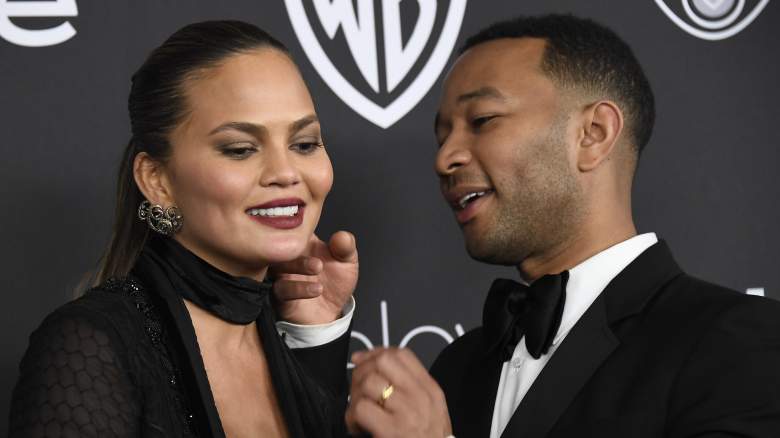 If you’ve ever wondered who John Legend’s romantic songs are all about, look no further. Since 2013, the superstar has been married to American model, Chrissy Teigen, who got her start in the Sports Illustrated’s annual swimsuit issue in 2010 alongside Lily Aldridge. Four years later, she appeared on the cover of the magazine. Teigen has inspired many of Legend’s hits, and has even starred in the music videos for some of his top songs.

1. She Was Named ‘Rookie of the Year’ for Sports Illustrated in 2010 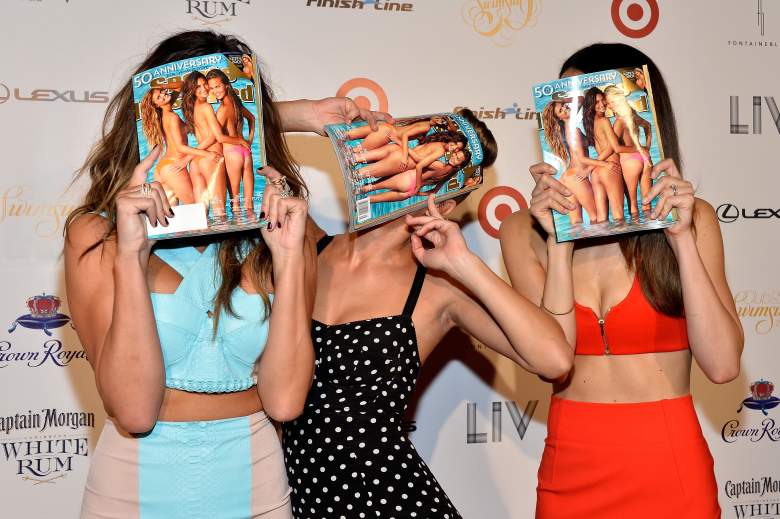 Teigen got her start in modeling in 2004, when she was 19. Back then, she worked as a substitute model on Deal or No Deal and even appeared on the cover of Maxim. In 2010, the brunette beauty was named Sports Illustrated’s “Rookie of the Year” thanks to her friend and fellow model, Brooklyn Decker, who introduced her to casting at SI.

Apart from modeling, Teigen finds time to pursue her interests as a cook and writer. She authors a recipes blog, sodelushious.com, which you can check out here, and even makes appearances on the Cooking Channel. In an interview with the Cooking Channel, Teigen was asked to offer tips for people who want to eat whatever they want and still look amazing in a swimsuit. She responded, “… I need to eat and love what I’m eating and feel full and happy. So I have those times, and I have times of really buckling down. But I try to make sure I still get the flavors I love in the buckle-down times, that way my mind doesn’t drive me bonkers. I just try to never forget that I WILL eat a hearty bowl of pasta again or that steak will be mine in a week, etc. I always throw myself a little food-I-missed party after a shoot. Whether anyone else is there or not.”

2. Her Father Is Norwegian and Her Mother Is Thai 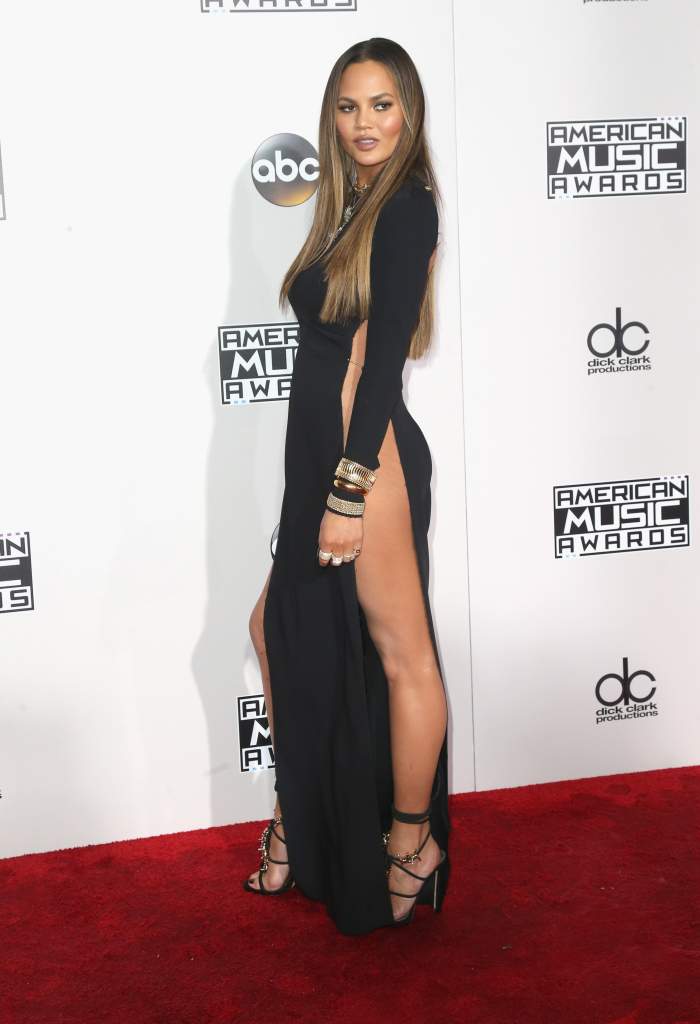 Teigen was born in Delta, Utah, to a Norwegian father and Thai mother. She moved around a lot as a child, and lived in places like Hawaii, Idaho, and Snohomish, Washington, before her family settled down in Huntington Beach, California.

In a 2013 interview with Vegas, Teigen discussed her childhood, and what life was like growing up before she was discovered. The outlet writes that her father’s job as an electrician had the family moving frequently, and when they did finally land in Huntington, she began working at a surf job, where she was discovered by a photographer. At the time, Teigen says the opportunity came out of left field. “Modeling had never crossed my mind. For someone as insecure as I was, it didn’t seem possible.”

3. She Married Legend in Italy After Four Years of Dating 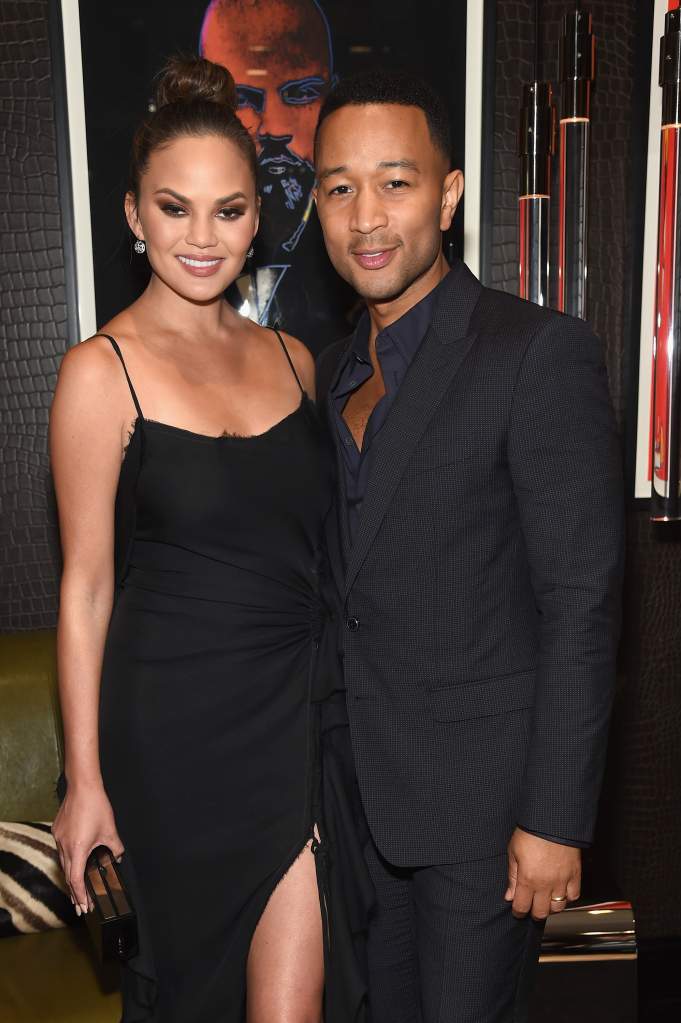 Teigen and Legend met on the set of his 2007 music video, “Stereo.” Legend has admitted in interviews that their romance wasn’t really love at first sight, and Teigen has also said that Legend kept her guessing about their relationship.

Speaking with Cosmo in 2014, Teigen spoke about the start of their romance. “I’m not going to lie. We hooked up. [When he went on tour] I left him be himself for a while. The worst thing you can do is try to lock someone like that down early on, then have them think, ‘There’s so much more out there. I played it cool for a long time. Never once did I ask, ‘What are we?’ Marriage was never my goal, because I’ve never been very traditional. I was just happy to be with him.”

In a later interview with ET, Legend spoke about the moment he fell in love with Teigen.

[At the beginning of our relationship] we were texting a lot, and I started to see her sense of humor… We would talk on the phone, and I started to fall in love with how engaging and witty and funny she is. I think that’s when I really started to know that this was the kind of person I wanted to around a lot. Once we started spending more time together between tour stops and all this other stuff, we realized we had such a connection — and then it blossomed into a marriage and a baby.

Their Daughter Was Born in April 2016

She's here! Luna Simone Stephens, we are so in love with you! And sleepy. Very sleepy. ❤️???

On April 14, 2016, the couple welcomed their first child into the world– baby Luna Simone Stephens.

Prior to that, Teigen was very open about her difficulties conceiving a child. Speaking on FABLife, ABC News reports her as saying, “I will say, honestly, John and I were having trouble… We would have kids five, six years ago if it’d happened. But my gosh, it’s been a process!”

Luna was conceived through in vitro fertilization, and speaking to Today a couple months after giving birth, she admitted that she chose her baby’s sex during IVF.

Speaking with SELF just before giving birth, Teigen spoke about the couple’s struggles to become pregnant. “The big question was why this wasn’t working for us when I was young and he was healthy… I thought, people get pregnant by accident all the time! How does this happen?” Teigen admitted that in trying IVF, she had to prepare a “rigorous regiment” of shots, doctor visits, and pills. “Emotionally, it could be really hard… When you have these high-highs and low-lows, and you’re, like, cuckoo pants.” Teigen didn’t let those emotions get in the way of staying healthy, though. Even while she was pregnant, she worked out every day!

4. Legend’s Song ‘All of Me’ Is About Chrissy Teigen

By now, it’s a well-known fact that Legend’s song, “All of Me”, was written for his love, Chrissy Teigen. After all, she stars in his music video for the song above, and a clip from the couple’s real life wedding is even included at the end of the video.

LA Confidential writes that though the song ‘All of Me’ was released in 2013, it didn’t gain popularity until Legend performed it live at the Grammy Awards. Speaking more about the content of the song and what went in to writing it, Legend said, “The more you know someone, the more you’re inspired by your relationship… Also, I grew up just learning what it means to be in love with somebody… because I had never really been in love before. I guess you have to grow enough to be able to write that song with sincerity and authenticity.”