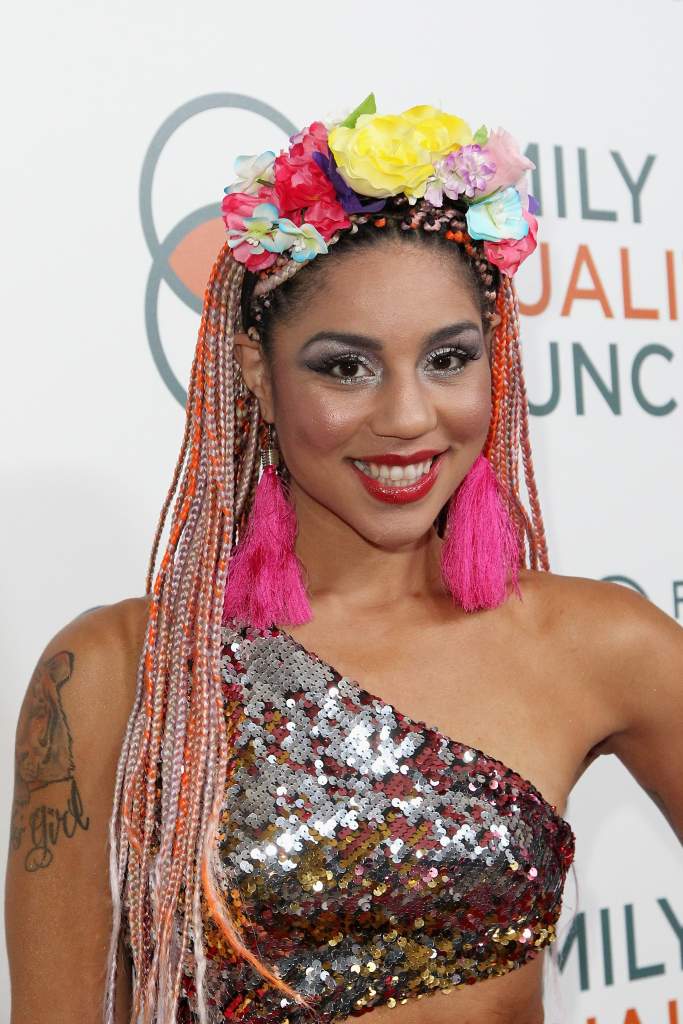 Joy Villa certainly made a statement tonight– the singer showed up at the 2017 Grammy Awards wearing a white dress that she pulled off to reveal a blue dress underneath that had “Make America Great Again” written on it.

Read on to learn more about Joy Villa.

1. She Wore a ‘Make America Great Again’ Dress to the 2017 Grammy Awards 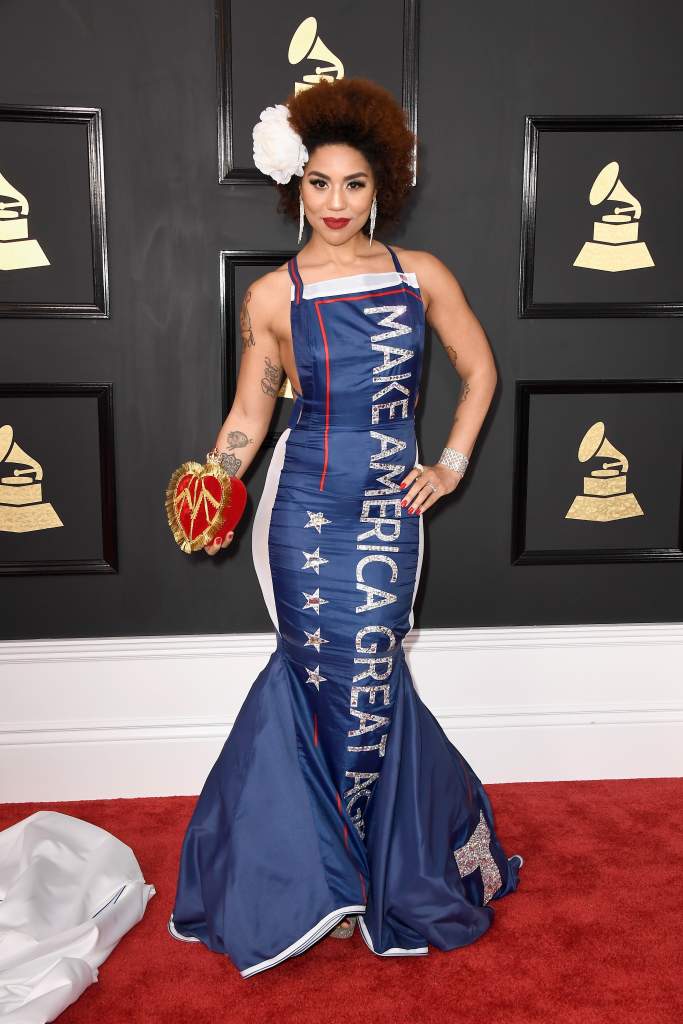 Throughout awards season, a number of celebrities have come forward and expressed their opinions on President Donald Trump and the presidential election. On Sunday, singer Joy Villa showed up to the Grammy Awards with a white cape-looking dress on. She took it off to reveal a red, white, and blue dress underneath that featured President Trump’s signature phrase, “Make America Great Again.”

2. MTV Has Already Named Her One of the Worst Dressed of the Night 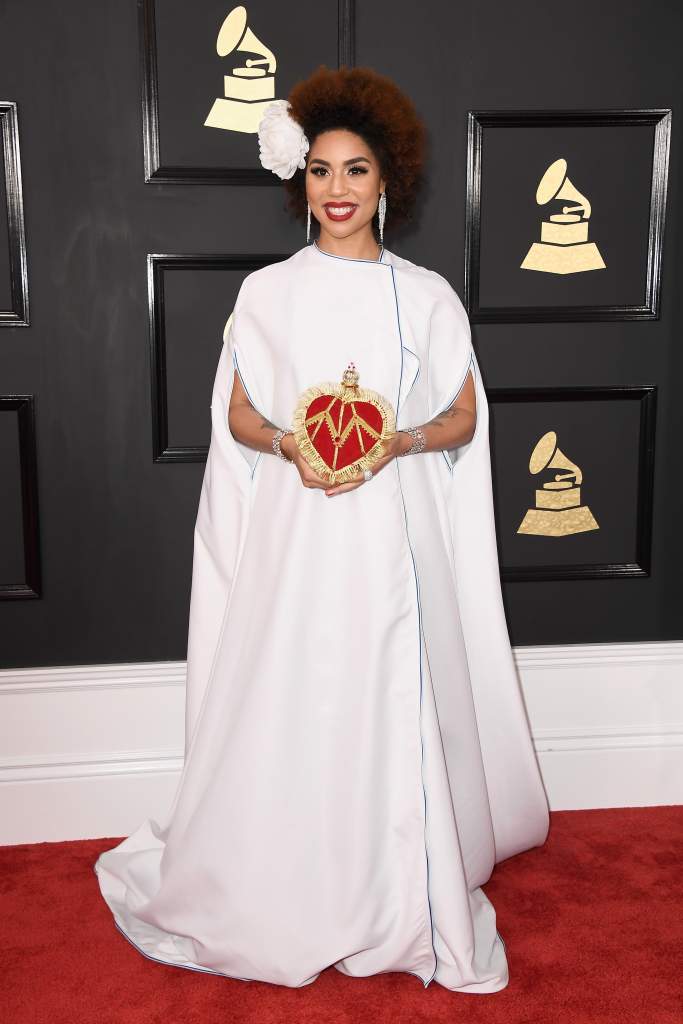 Less than an hour into the awards ceremony, MTV named Villa one of the worst dressed of the night. They write, “This fishtail nightmare of a dress is what Joy Villa has chosen to wear to the Grammys. The fit is an absolute disaster, the seams don’t line up, it’s over-accessorized, and it says “Make America Great Again!” on the front.” They finished the article with, “Here you go, Joy Villa. Here is the attention you so desperately crave. Enjoy it.”

3. She Is a Vegan Health Coach 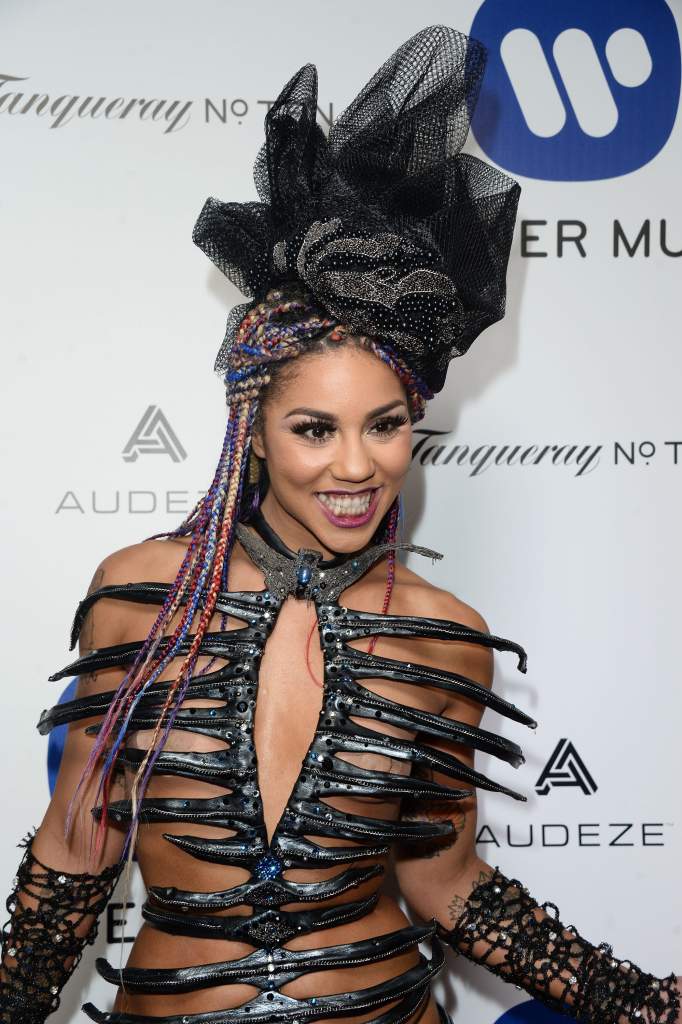 Her website also shares information about Villa’s 21-day Vegan Nutrition Plan that will help you “transform your body, gain energy, and change your habits.” Read more about it here.

4. She Has Toured in Asia, Australia, and Europe

Villa has lived in Hollywood, Seattle, Vegas, and now lives in New York City. Since 2012, the singer has toured extensively through Asia, Australia, and Europe.

Villa was not nominated for a Grammy at this year’s awards. According to her Twitter bio, however, she is a “Grammy considered #RecordingArtist #Model #Actress based in #NYC & #LA. Vegan, Fitness, Feminist.”

5. She Grew up With an Italian Father and African American Mother 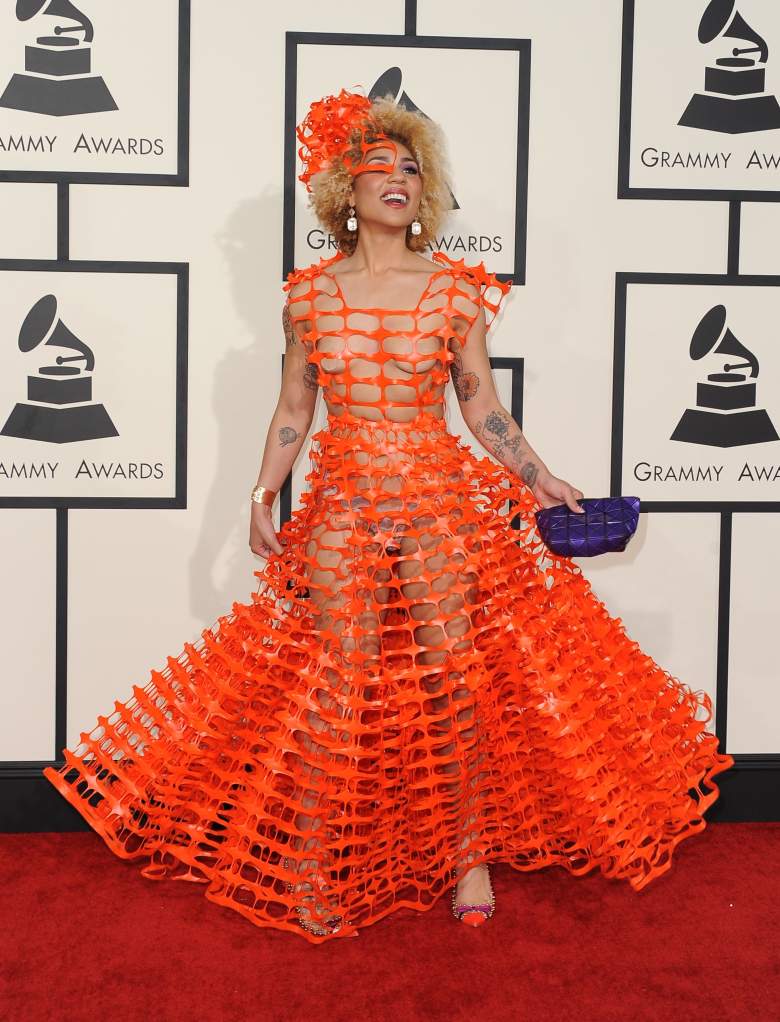 Villa was born in Orange County, and started performing when she was just five years old. Her father, Reverend Joseph Villa, is Italian-American, and her mother is African American. Villa’s about me page reads, “Joy blends rock, electro pop, and a dash of hip hop into finely written tunes that aim to motivate, inspire, and get the juices flowing n her fans. Kinky, unexpected, vibrant, spiritual, and bold, Joy Villa is a true entertainer, and feels blessed to be giving her many global fans ‘The Joy Villa Experience.'”