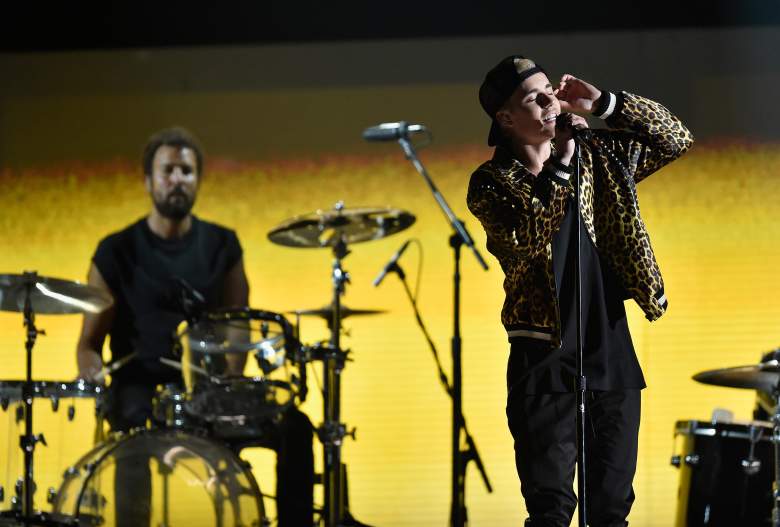 Justin Bieber has had an impressive resume of great awards show performances that have helped him rise to superstardom, and even marked poignant portions of the young singer’s career. Performing on TV isn’t the same as sold-out stadiums, but as Bieber has shown us time and time again, he can handle the pressure of both.

Whether he’s just on his acoustic guitar or hanging from the rafters for a bigger number, Bieber delivers during these televised appearances. It certainly lets audiences know why he’s such a huge star. So, we’ve collected his five best awards show performances right here:

In 2010, 16-year-old Bieber was riding high from his meteoric rise to fame and success, thanks to his debut record, My World 2.O. That record went triple platinum, starting his now-iconic career.

Bieber couldn’t make the 2010 Teen Choice Awards because he was in the middle of his My World tour. But considering he was the biggest artist in the world at this point in his career, the ceremony went to him. He was presented with a TCA surfboard trophy by Shaquille O’Neal, then performed his song “U Smile” to millions of viewers.

He showed millions of television viewers tuning in to the ceremony what his concerts were like. Bieber was moving into becoming the music icon we know today.

Nearly a year after the release of his album, Believe, Bieber performed the single “Take You” at the 2013 Billboard Music Awards. Also, Bieber was about to hit a low point in his life, involving plenty of controversy and even an arrest. Nonetheless, he gave one of his best performances, even if it was the start of a bad time for Bieber.

That same night, Bieber was awarded the ceremony’s first-ever Milestone Award. Unfortunately, the crowd booed him for nearly a minute. Then, he gave this speech:

“I’m 19 years old… I’m 19 years old. I think I’m doing a pretty good job. And basically, from my heart I really just want to say, it should really be about the music. It should be about the craft that I’m making, and… this is not a gimmick, this is not a gimmick. I’m an artist, and I should be taken seriously. All this other bull should not be spoken of.”

You can watch Bieber getting booed and then giving his acceptance speech right here.

Accompanied by James Bay on guitar, Bieber performed the number-one single “Love Yourself.” Though he was performing in the O2 Arena, it looked and sounded like an intimate scene. Hearing the crowd sing along really makes it special, too.

And then it gets explosive when he breaks into his second song of the night, “Sorry.” His second second number-one single off of the album Purpose, proved to be the biggest part of the awards ceremony. With flames surrounding Bieber and his group of performers, it’s arguably one of his most memorable performances.

At the 2016 Grammy Awards, Bieber performed his song “Love Yourself,” playing the acoustic guitar himself this time. This year at the Grammys, that song is nominated for Song of the Year and Best Pop Solo Performance.

He then broke into 2016‘s Best Dance Recording, “Where Are Ü Now.” He shares that Grammy award with Diplo and Skrillex.

We’ll see how his latest album, Purpose, does when it comes to the Grammys this year. The album is up for Album of the Year and Best Pop Vocal Album. This was a full-band performance, featuring the other collaborators. 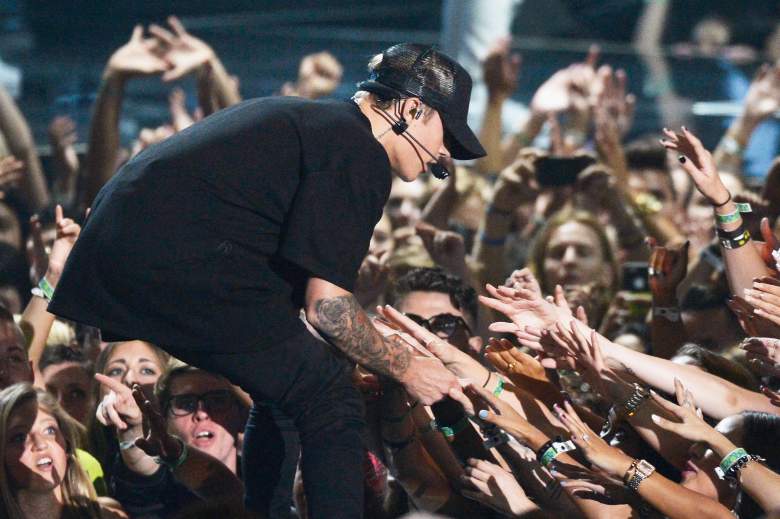 The 2015 MTV Video Music Awards would feature Bieber’s most emotional performances to date. Perhaps it was because he performed “What Do You Mean,” which was Bieber’s first number-one single on the Billboard Hot 100 chart. This milestone made Bieber the youngest artist to achieve this, earning him another Guinness World Record.

It was also another turning point in the artist’s career. He was atoning for his sins, you can say, and during this TV appearance, Bieber broke down and cried. It might be his best performance. You can watch Bieber’s performance right here.

Here are some Twitter reactions to Bieber’s emotional performance:

THIS IS THE JUSTIN BIEBER I FELL IN LOVE WITH. IVE WAITED FOR HIK TO COME BACK AND HES BACK pic.twitter.com/fYGCthyVMF

Can I just hug him? He really did an amazing job! I'm beyond proud @justinbieber :) pic.twitter.com/sQX5qzPK31

accesshollywood: Aw! @justinbieber broke down in tears after his big #VMAs comeback performance. Good to see you… pic.twitter.com/fJz4svHTY2