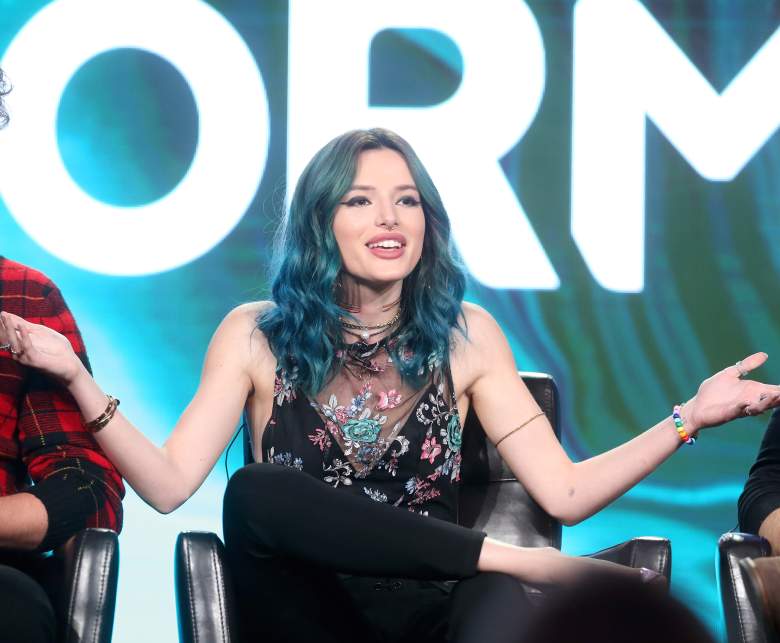 Former Disney star Bella Thorne, 19, reportedly has a “crush” on One Direction member Louis Tomlinson, 25. This news is backed up by a recent comment posted by Thorne on an Instagram photo shared on Tomlinson’s account.

The photo featured Tomlinson with a new girl band that he’s co-managing with Simon Cowell. He captioned the photo: “Exciting,” but did not share any more information. Here is the photo:

Thorne commented “awww” on the post, leading to backlash from Tomlinson’s fans, telling the young actress to keep away from him.

Some examples of the fans’ messages directed towards Thorne include:

Thorne’s response to all of these social media attacks was this simple tweet bashing all of her haters:

Hahahahaha got your panties all in a bunch?? me being a little pot stir as usual ? #littledevil let me live my life yo!!! Go live yours.

Less than a day later, she posted this enticing video to her account as well:

HollywoodLife.com found an insider that claims Thorne does in fact have a crush on Tomlinson, which could be to blame for the fans’ aggressive comments.

Tomlinson reportedly ended his relationship with his most recent serious girlfriend, 22-year-old Danielle Campbell, after the December 2016 death of his mother, Johannah Deakin. He has also recently been linked to one of his former longterm girlfriends, Eleanor Calder. You can our coverage on that story right here.

Thorne is no stranger to controversy on social media. Late in 2016, the young starlet was reportedly in a love triangle with singer-songwriter Charlie Puth and Teen Wolf star Taylor Posey. According to a revealing slew of Twitter posts from Puth, Thorne never told him that she was dating Posey, even though they were becoming intimate themselves. Puth allegedly discovered the truth when Thorne posted photos on Twitter, featuring Posey.

Here are some examples of Puth‘s not-so-nice messages aimed at Thorne:

No one should have their heart messed with like this, and I'm not going to be in the middle of it.

I don't know Tyler personally, but I know he shouldn't be treated this way.

I want nothing but peace for all, I'm just removing myself from this.

She told me she was not with him anymore. This is all news to me. https://t.co/Q0Pw1KkBbs

For more news on Thorne and Tomlinson, check back here for updates.