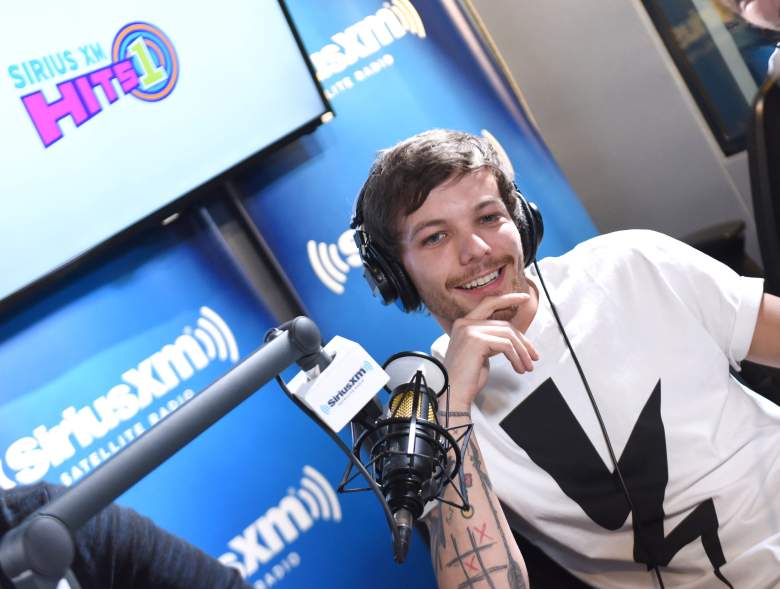 One Direction‘s Louis Tomlinson is making waves with his Steve Aoki collaborative song, “Just Hold On,” flashing his sleeves of tattoos during TV appearances and more. While fans of the singer already know this, Tomlinson has a number of … well, pretty bad tattoos. This is a fact that he freely admits himself, too! So, which ones are the worst?

The members of One Direction, aside from Niall Horan, have numerous tattoos. Before Zayn Malik quit the boy band, it seemed like he and Louis Tomlinson were having some sort of competition on who could get the most ink. Zayn has a whopping 53 tattoos, so far. Liam Payne has an impressive 20 tattoos, too. Harry Styles surpasses them all, though, with 62 tats.

Though Tomlinson has the third most tattoos of the original lineup, he might have the most “stupid” tattoos. During an appearance on The Late Late Show with James Corden in December of 2015, the boy band played “tattoo roulette.” When facing the chance of getting a tattoo live on TV, Tomlinson joked, “It’s just going to be another stupid one, isn’t it?” Watch this segment right here:

As you can tell, Tomlinson knows some of his many tattoos are “stupid.” So let’s take a look at Tomlinson’s worst tattoos, according to fans, tabloids, and himself.

It’s of a stick figure skateboarding, which was then given a ramp when Tomlinson got a second tattoo, he explained. That’s also how another one of his bad tattoos, the word “oops,” came to be. He admitted the “oops” was referring to that first, bad tattoo, and that he might turn it into a big collection of bad ones over time.

2. His Skull and Crossbones Tattoo

As scene in the above Instagram photo with his (allegedly former) girlfriend, Danielle Campbell, Tomlinson has one of the most common tattoos of all time: the skull and crossbones. It sits on the outside of Tomlinson’s left wrist and is usually attributed to death, poison, danger, or pirates of the high seas. According to PopStarStars, Tomlinson might connect most with the last meaning of the symbol.

Does Tomlinson consider himself some kind of boy band pirate? Well, the website alleges that this tattoo, just like many of his others, represent rebellion. In other words: he got just because it’s kind of cool. That’s dedication to his blasé attitude about body art.

3. His Smiley Face with X’s for Eyes Tattoo

Pictured above in a photo with his son, Freddie Reign, is one of Tomlinson’s minimalist-styled tattoos: a smiley face with the eyes replaced with X’s. Located on his right wrist, it’s just another one of his “stupid” tattoos. Just look at the sweet photo above and see if your eyes aren’t drawn to that tattoo.

It’s simple, goofy, and just filling space on his arm. While his dedication is admirable, mounting up all of these bad tattoos shouldn’t be one of his main focuses in life. Luckily, he has a new album coming out in 2017, which is sure to take up all of his attention.

4. His Penguin Wearing Headphones Tattoo Located on his Butt

There’s no photographic evidence of this rear end tattoo, but Tomlinson did reveal what it was in an interview with LA’s 102.7 KIIS-FM. When questioned about the Instagram photo featured above, Tomlinson shared the details.

“It’s the most random thing of all time. It’s a penguin, but not just a penguin, a penguin with headphones, which makes it even more weird,” Tomlinson told the station, and its audience. “I don’t know why, but now I forever have a penguin on my ass, yeah.”

As you can tell from his explanation of the tattoo, there’s no real reason behind it. That is, unless just being able to prove you have it is a reasonable explanation.

Scrolled across the singer’s chest is the simple saying, “It Is What It Is.” While some tried to figure out if this was some kind of mantra of Tomlinson’s, it was revealed to be the title of one of his favorite songs. The song, by the band Lifehouse, and a sample of the lyrics are as follows:

“Too long we’ve been denying, now we’re both tired of trying / We hit a wall and we can’t get over it / Nothing to relive, it’s water under the bridge / You said it, I get it, I guess it is what it is.”

While there’s a definite meaning behind this tattoo, song lyrics are a polarizing tattoo idea. We know that it’s definitely better than Style’s chest tattoo, but it still makes the list.