UPDATE: Aldridge reportedly is doing better. She is said to be off her ventilator, is talking, and recognizes her loved ones.

Maddie Briann Aldridge was born on June 19, 2008 to her mom Jamie Lynn Spears, the sister of pop star Britney Spears. Today, Aldridge was involved in a serious ATV accident and was airlifted to a hospital, as reported by TMZ. Spears and her husband were present at the time of the incident. The Tangipahoa Parish Sheriff’s department reported to TMZ that Spears and her husband ran over to Spears within seconds of the accident. Aldridge’s ATV had flipped over into a pond. Spears struggled to free her daughter from her seat belt. Paramedics showed up within a couple minutes and were able to free Aldridge from the vehicle. Spears’ father spoke with E! and stated:

All I can say is pray for our baby Maddie.

Read on to get to know Spears’ daughter and her journey through motherhood with Aldridge.

1. Spears Received Backlash For Her Being a Teen Mother to Aldridge

When Jamie Lynn Spears became pregnant with daughter Aldridge, she was only 16 years old and received backlash for being a teen mom. Soon, Spears’ show Zoey 101 was cancelled after four seasons of being on the air.

Spears recently opened up about her teen pregnancy in a documentary titled Jamie Lynn Spears: When the Lights Go Out.

According to Us Weekly, Spears discovered she was pregnant in a gas station bathroom.

Somewhere in a duck blind ??

When Spears became pregnant with Aldridge, she was with her ex-boyfriend Casey Aldridge, the father of Maddie. When they were no longer together, Spears opened up about writing a song when her daughter was away from her with her dad for the first time. Spears told People:

Whenever I wrote ‘When the Lights Go Out,’ it was coming from a place … it was the first night, of course, that Maddie was away from me. She was with her dad for the first time, and I was by myself. In that moment, I called Daddy – I was just by myself, and I was just like: I want to be able to let people into that side of me because that’s the story. That’s why I’m doing it. As you can tell, the music moves me, of course, but it comes from moments like that … It reminds me of exactly why I’m still driven to do this … for this baby girl.

The NY Daily News reports that Spears and baby daddy Casey Aldridge became engaged before Maddie was born, but they broke up before she was even a year old.

3. Aldridge Was On Her Step-Dad’s Property When the ATV Accident Occurred

Cousin ❤️ to finish 2016 off #Repost @britneyspears with @repostapp ・・・ Some good hunting and zip lining for the holidays! Merry Christmas!! ?

Aldridge attempted to avoid a drainage ditch and appeared to over-correct the vehicle, driving her right into a pond. Within seconds, her mom and step-father were reported to be in the water, trying to free Aldridge from her seat belt. Paramedics arrived within minutes and were able to remove Aldridge from the ATV.

4. Spears Chose to Raise Aldridge Out of the Limelight

Previously, in an interview with People, Spears opened up about deciding to raise her daughter away from the lights of Hollywood. In her documentary, Spears explained:

I look back now, and I’m like, ‘Oh my gosh.’ I was a child then. I needed to grow up outside of the world’s view.

When it comes to the accident Aldridge was involved in, the NY Daily News reports a source telling Us Weekly that:

Jamie’s got to be losing her mind. Maddie grew up riding ATVs. Something must have gone way wrong. 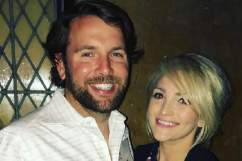 5. Jamie Lynn Spears’ Husband Proposed When He Fell In Love With Her Daughter

In 2014, Spears married businessman Jamie Watson and when the two met, Watson was unaware that Spears was famous. Watson stated in Spears’ documentary:

What truly made Watson want to marry Spears was when he knew he also loved her daughter Maddie. Watson explained:

I knew I wanted to marry her when basically I had fallen in love with Maddie just as much as her. And I couldn’t not be a part of her or Maddie’s life.

According to Us Weekly, Watson owns a company called Advanced Media Partners, which is a communication service that provides high-end electronics and high-definition television sets to corporations. 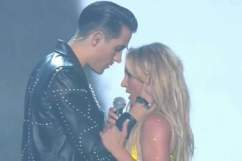