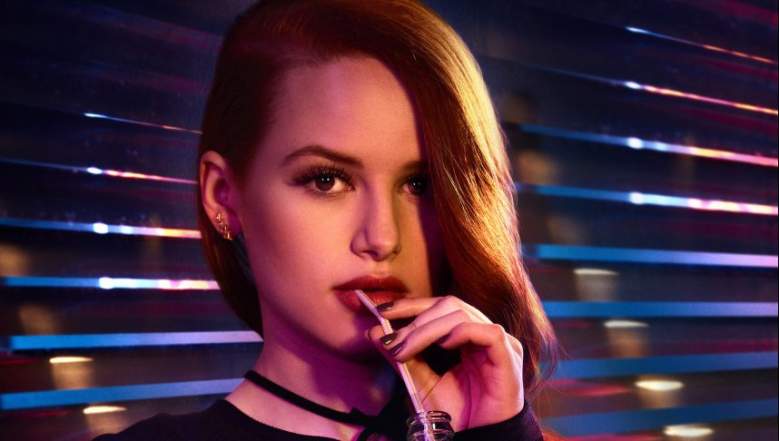 Madelaine Petsch is one of the young stars of The CW’s Riverdale, the new show that brings a new twist to the classic Archie Comics characters. Cheryl Blossom is the 22-year-old Petsch’s first big role on TV, after a few bit parts in 2015 and 2016.

Petsch stars as Cheryl Blossom, who was first introduced in the Archie Comics world in 1982 as a third love interest for Archie Andrews. She is a spoiled teenager whose life is changed when her brother, Jason Blossom, is killed the summer before the action in Riverdale began. Her family will be at the center of “Chapter Five: Heart of Darkness,” as Veronica visits her family after their memorial for Jason. 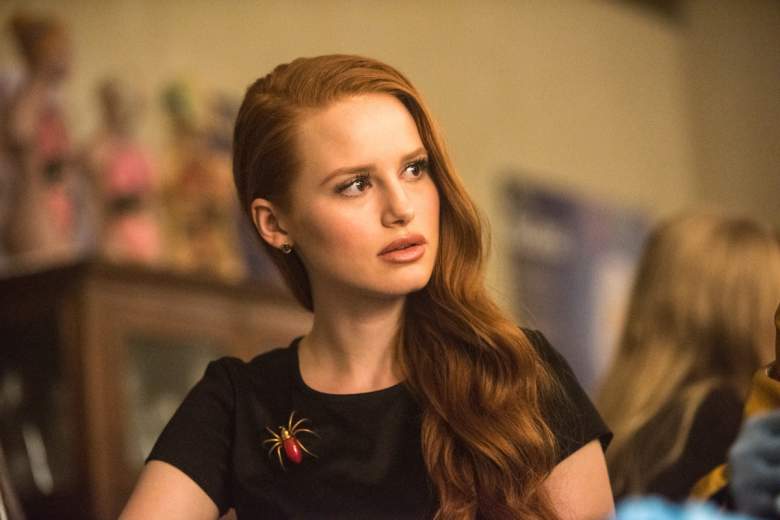 Back in 2014, Petsch dated singer Aaron Carter. In April 2014, he wrote on Twitter, “On a lighter note I get to see my beautiful girlfriend MP who loves me & cares about me so much in like 20 minutes! Ahhh I’m so happy.” Petsch later replied, “Love you babe!” As The Daily Star points out, the two were even seen together at the premiere of A Haunted House 2.

However, their relationship didn’t last. ET Online reported in April 2016 that Carter has been dating Lee Karis for two years now. Karis appeared in his music video “Fool’s Gold.”

As for Petsch, it appears that the actress is now single. Her Instagram page doesn’t show her with any men, although she might just not want to go public with any relationship now.

2. She Plays Cheryl With Different Voices, Depending on the Emotion 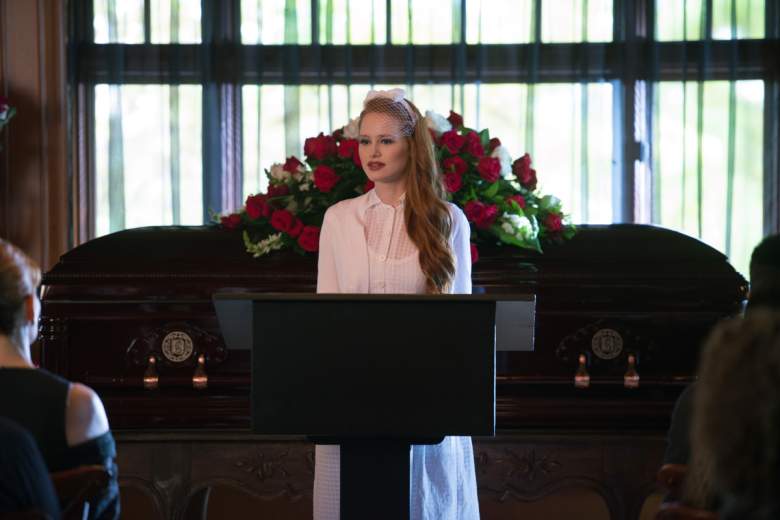 In an MTV News interview, Petsch revealed that she plays Cheryl with different voices, depending on the emotion of the scene.

“Cheryl’s going a mile a minute all the time,” the model-turned-actress told MTV. I have a different voice for Cheryl, too. She’s very manic when her facade is on, and then when she’s broken down, and she’s in that vulnerable place, she’s more grounded.”

In that same interview, Petsch said that when she auditioned for the role, she was told that Cheryl was “the villain.” But as she read the script, she realized there was more to the part.

“She doesn’t know how to navigate through these waters alone, so she just lashes out at people for no apparent reason other than the fact that she’s miserably alone. Her family and her have a terrible relationship,” Petsch explained. “She doesn’t have any friends; her only friends are Ginger and Tina, who are ready to walk over her at any moment to get where they want to be. So she’s just really alone. She feels like she’s in charge, but in reality everyone hates her.”

3. Her Offscreen Personality Is Completely Different From Cheryl’s 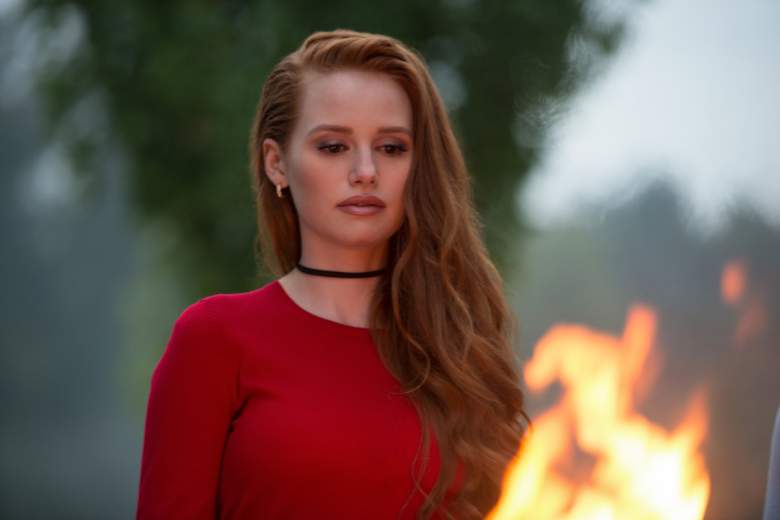 When Petsch isn’t on the Riverdale set, her personality is completely different from Cheryl’s. She’s mean to her fellow actors when the cameras roll, but best friends with them when they stop. “I have to be mean to them on-screen and, afterwards, I’m always hugging them. ‘I didn’t mean it!’ But she’s awful and I love it,” Petsch told Teen Vogue.

Petsch told Teen Vogue that her makeup choices are also very different from what Cheryl wears on the show.

“I’m almost the complete opposite with my beauty routine,” Petsch told the magazine. “My go-to lipstick is a baby mauve from Urban Decay. I don’t really wear eyeshadow. I’m pretty much always about my lashes and my lips and then I let the rest of it do its own thing. Cheryl’s about everything. Every makeup thing that you could think of, Cheryl has it on her face.”

4. She Doesn’t Think Her Character Needs a Love Interest 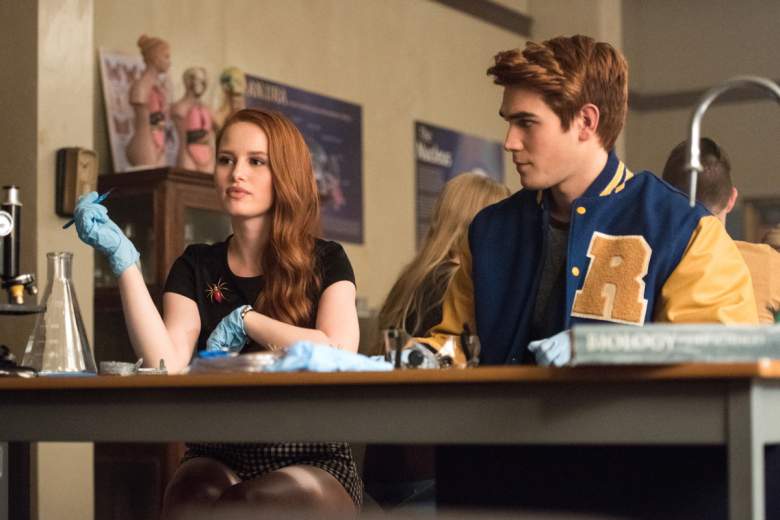 Cheryl has had terrible luck so far on Riverdale, but in an interview with Glamour, Petsch said that things will change for her. She will have a romantic relationship during season one. However, the actress doesn’t really think her character needs a love interest.

“I don’t think I want Cheryl to have a relationship,” Petsch told the magazine. “What I love so much about Cheryl right now is she might not be strong, but she’s still an independent woman who can carry her own, and she doesn’t need a man to do that. That’s beautiful, and I think we very rarely see that in teen television.”

She later told Glamour, “I love that people can look at Cheryl and see she’s an independent woman who can hold her own and doesn’t have a boyfriend. I think that’s great.”

Petsch also told ComicBook.com that the fact so many people hate Cheryl at school also isn’t going to help change her relationship status.

“When my brother dies, it becomes very hard for me to move on because he was my best friend, but then I find this independence within myself and I kind of march on to the beat of my own drum because nobody likes me at school,” she explained.

Unlike some other members of the main cast, Petsch is an Archie Comics fan, even before she joined Riverdale. She told Glamour that Archie Comics has sent her vintage copies of comics starring her character.

“Every time my mom goes to the supermarket, she’ll turn all the pages to the back of Riverdale and leave them on the supermarket shelf—or she’ll buy them all—so I have so many Archie Comics,” she told Glamour with a laugh. “She’ll send me video of her turning them over!”

Petsch also told Glamour that she first met casting director David Rapaport in 2015 for a role on DC’s Legends of Tomorrow, but he suggested she try out for a part on Riverdale. At first, she was told she’d be auditioning for Betty Cooper, but that was just a smokescreen. When they told her in January 2016 she would be cast as Cheryl Blossom, she started crying.

New episodes of Riverdale air on The CW on Thursdays at 9 p.m. ET.