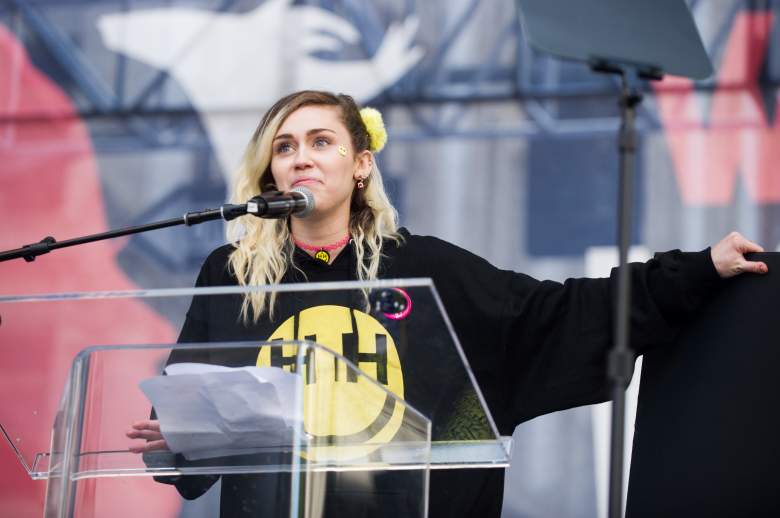 Just like Taylor Swift, Eminem, Britney Spears and many other celebrities, Miley Cyrus is no stranger to death hoaxes or conspiracy theories. The 24-year-old “Wrecking Ball” songstress has allegedly met her demise a number of times, and was most likely replaced by a body double at some point.

One of the more recent death hoaxes about Cyrus involved an overdose in her bathtub. According to Snopes, a fake news story surfaced on the internet, leading to the spread of the rumor. The report came from Now8News, stating the following:

“Miley Cyrus’ lifeless body was found by her entourage in a bathtub at her Hollywood home on Wednesday, authorities revealed. Los Angeles investigators are trying to determine the cause of death. Officials refused to comment on reports that the famed actress/singer drowned from a prescription pill overdose. They have, however, made it clear that there were no signs of foul play.”

It was soon revealed that “Now8News” was a fake news website. And as you know, Cyrus is not dead.

But is today’s Cyrus the real real Disney star we knew growing up, or is she a clone? This is one of the biggest conspiracy theories about Cyrus.

According to this conspiracy (from a fake news website), the real Cyrus was replaced by a body double that developed into the twerking performance artist we know today. This theory also alleges she was assassinated in order for the new Cyrus to take over. Plus, the fact that she revealed she used a body double for her Hanna Montana tour in 2008 does have many convinced of the conspiracy.

Here is some fan-footage of the body double in action:
Miley uses a body double!Hannah Montana and the Jonas Brothers performing "We got the Party" in Atlanta, Georgia. Please note! The "body double" that everyone is so upset about was only on stage for about 30 seconds of the at least 2 hour show. It is nothing to be upset about! The part that is very near miley's escape and the double's entrance is 2:15, you will see one of the dancers in the green shirt, letting miley out and then the fake hannah on stage….. PS- In the beginning, within the first minute, Miley tries to do the Soulja Boy dance with Joe.2008-02-01T14:58:18.000Z

Check out some believers’ comments on Twitter about this conspiracy:

me: conspiracy theories are so dumb
someone: Miley Cyrus died in 2010 and was replaced with a body double
me: pic.twitter.com/FqMBYUulJ4

40. Miley Cyrus
– Disney had Miley Cyrus killed in 2010
– she was then replaced by a body double

My brother just told me miley cyrus died in 2010 they found her body in arizona and now the one in the media is just her body double !!!!

Make sure to check back for updates on Miley Cyrus’ death hoaxes and conspiracy theories.