Here’s a look at Weeks’ life and what she’s up to today.

When the time came to chose a stage name, she came up with “Belle Knox.” The “Belle” part was a reference to the princess in Disney’s Beauty and the Beast. She told Rolling Stone that the “Knox” part came form her obsession with the Amanda Knox case.

“I tried to find a name that wouldn’t really stick in people’s minds,” she told Rolling Stone. 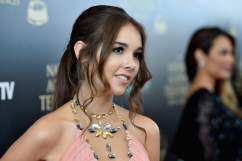 2. She Received Death Threats Once Other Duke Students Learned of Her Identity

In the XOJane post, she wrote that she was a victim of bullying, receiving death threats and name calling. However, nothing prepared her for the reaction online. She wrote:

“So I’m refusing to let the bullies win,” she wrote. “Instead, in revealing my performer name, I’m also going to let you know exactly the level of hate that exists in America regarding women who refuse to be quiet about their sexuality.”

“I’m scared, because I’ve already been getting stalked and threatened,” Weeks told Playboy after revealing her stage name. “One of two things will happen: Either people will be like, ‘Well, she revealed herself. We don’t need to terrorize her with, ‘We know your identity.” Or it’ll get worse.”

3. Duke Said There’s No Restrictions on Off-Campus Employment & She Continued to Attend Classes There

As HLNTV reported at the time, Duke’s response to Weeks’ outing was that it did not have any restrictions in the Duke Community Standard for off-campus employment.

“We are committed to protecting the privacy, safety and security of our students. Whenever we identify a student in need of support, we reach out to them and offer the many resources that we have available on campus to assist them,” Lawrence said.

He also noted that Duke has “an expansive financial aid program that meets 100 percent of every student’s demonstrated [need] based on a careful review of his or her individual family circumstances. More than half of all Duke students receive some form of financial assistance from the university to cover the cost of their education.”

Weeks was allowed to take some time off from Duke, and returned when the controversy died down. According to her LinkedIn page, she graduated from Duke in 2016 with a B.A. in Sociology.

The LinkedIn profile hasn’t been updated recently, so it still reads: “In my leisure time, I model for adult magazines and act in adult entertainment films. I believe that being active in the adult film industry is crucial in empowering women to achieve their fullest potential.”

4. She’s Now a Libertarian Activist & Hoped to be an Advocate for Sex Workers

In her Rolling Stone interview, Weeks said she identifies as a libertarian, although she was a member of the Duke College Republicans group.

In a 2015 interview with Business Insider, Weeks explained that she wanted to become a libertarian activist, now that the controversy has died down.

Although she is “very socially liberal,” she said she’s an economic conservative. In between her freshman and sophomore years, she joined Students for Liberty. She even told Business Insider that she planned to support Senator Rand Paul for President in 2016. “He actually graduated from Duke, so that’s just another reason for me to love him,” she said.

At the height of her fame, she told the New York Daily News that she wanted to become a women’s rights or civil rights lawyer. She even thought about starting a foundation for sex workers.

“I think it’s hard for people to understand the people who do pornography,” she told the Daily News in 2014. “They’re not always desperate or drug addicted. Some of them really, really enjoy their jobs.” 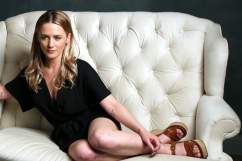 5. Haley Pullos Said She Wanted to Play Weeks Because the Story is ‘So Heavy and Important’ 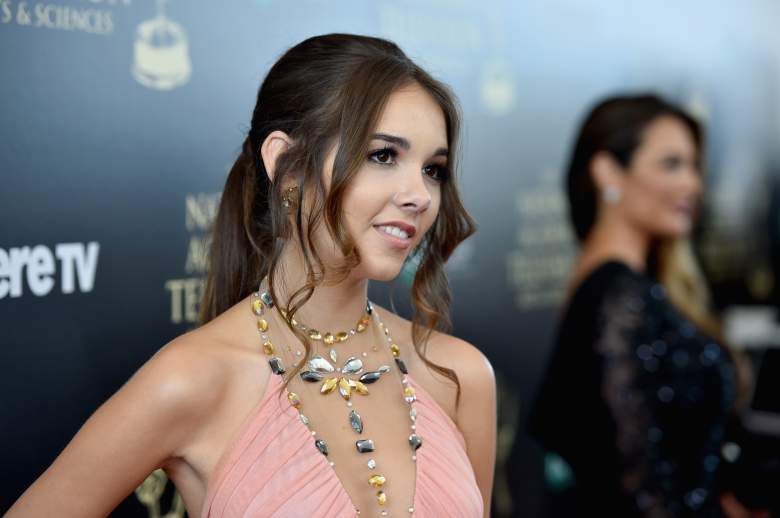 I’m a huge feminist and so I’m all about women empowerment and being able to make your own choices and that’s what I feel like this whole movie focuses on. Miriam was just terrorized and abused by everybody for making her own choice and I wanted to be able to tell that story because it’s so heavy and important.

Pullos said that it wasn’t like anything she had ever done before and the movie only took 16 days to film. She said that she went back to the interviews Weeks did at the height of the controversy for research.

When asked why she thought the film was important for people to see, Pullos told Soap Opera Digest:

This movie is so important because it shows you the depth and the hardship of being hated simply for making a decision for your own life, and I think everybody needs to understand that that is the message. [What she did] was legal. It was fully legal. It’s not like she did anything legally wrong. You might have different morals, and that’s okay, that’s your own decision with your own life, but this woman made a legal decision with her own life. That’s her choice and she shouldn’t have been harassed the way that she was, and that’s why I think it’s important.