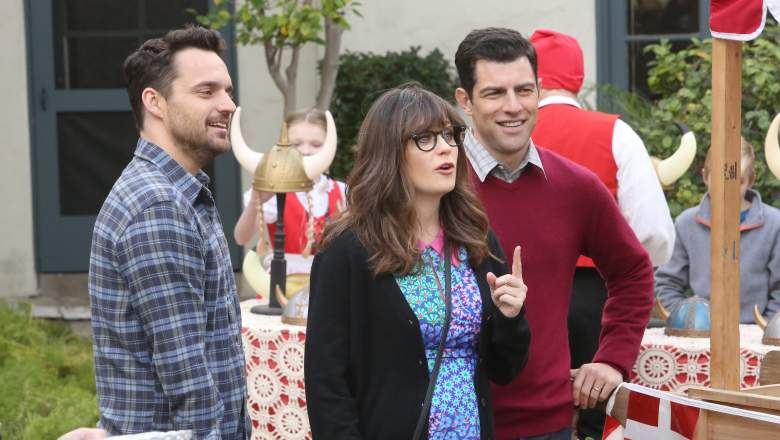 In the previous episode of New Girl, Winston was forced to accelerate his proposal scheme and popped the question to Ally on Valentine’s Day. In “Rumspringa,” he remembers that he is still married to Rhonda (Sonequa Martin-Green), who pranked him into marrying her just before she was called to serve in the military.

Meanwhile, Jess is struggling to get comfortable as a new principal, so Nick and Schmidt try to help her out.

Here’s a look at all the action in “Rumspringa.” 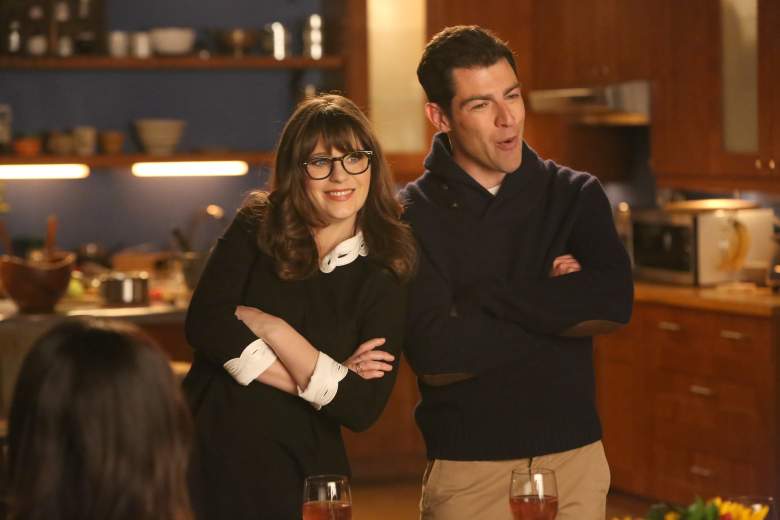 The episode kicks off with Jess and Schmidt announcing that it’s time for “Big Dinner.” (It’s different from “Big Supper,” which involves watching Big.) The two are celebrating their last weekends before the first days in their new jobs. Winston interrupts to announce that he’s starting divorce proceedings with Rhonda. Then Nick jumps in to tell everyone that Reagan doesn’t like his room.

Schmidt and Jess tell everyone to stop interrupting them. “This is why I proposed Common Lunch, but no one showed up,” Schmidt says. Nick tells them not to blame the rest of the gang because they’re freaking out about their new jobs. (This leads to a debate about leprechauns, which Schmidt is not having any of.) After getting back on track, Jess and Schmidt have their “rites of passage.” Jess presents Schmidt with new business cards. Schmidt gives Jess a principal’s blazer. Unfortunately, the blazer doesn’t really fit, so she has to make some minor adjustments.

Is it Time for Rumspringa or a ‘Boy Ride’? 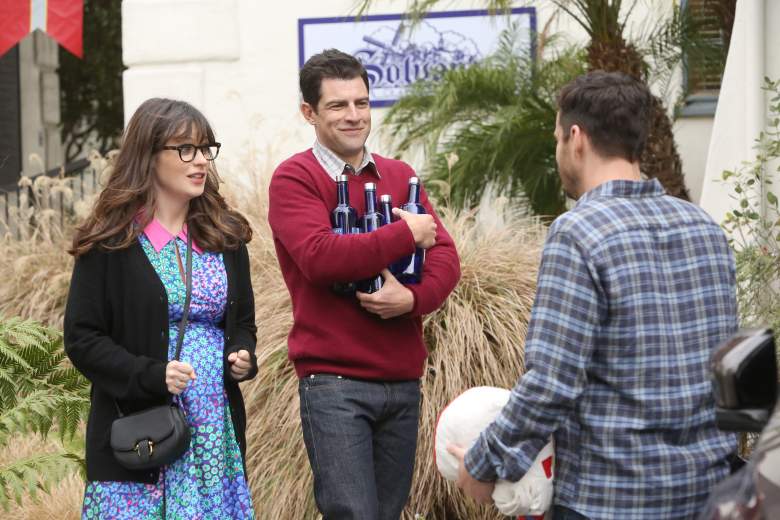 After the title, Nick tells Schmidt that he’s worried about Jess freaking out about her new job. She keeps working on her blazer to take her mind off of it. “We can’t let her go to work on Monday like that,” Nick says. After reminiscing about “boy ride,” Schmidt and Nick agree that she needs to go on a “Rumspringa.” It’s something Nick did for Schmidt when Schmidt freaked out about tests.

At the bar, Ally shows off how excited she is about her new ring as Cece and Winston talk about the divorce. Rhonda shows up carrying a baby and announcing it’s Winston’s son. For a moment, Winston holds the baby and completely buys it. “You just got Rhonda’d,” Rhonda whispers in her ear.

Ally is clearly not happy with this, but Winston thinks it’s hilarious. It turns out that it was a baby Dave, Rhonda’s cousin and an obstetrician, ‘borrowed’ from a patient.

Rhonda takes out all the divorce papers and Winston quickly signs the documents. She leaves the bar and it looks like that’s all settled business…. until Winston realizes that she used disappearing ink on the papers. 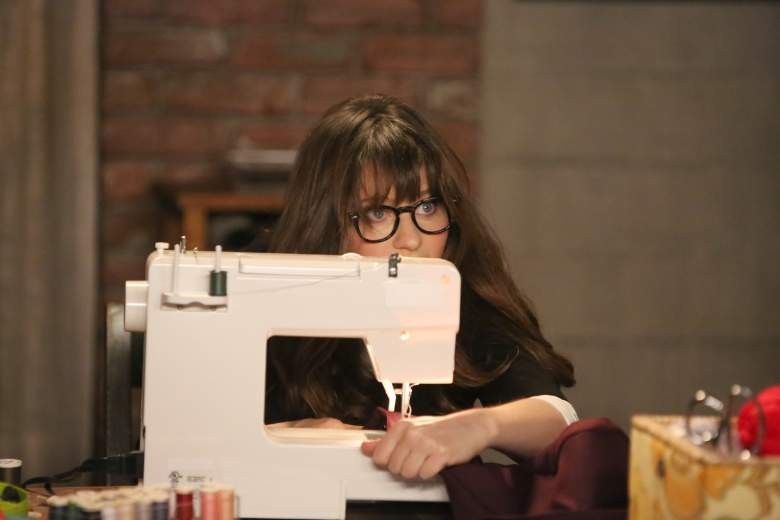 Later, Nick and Schmidt find Jess freaking out and sewing on a fourth sleeve to her jacket. They tell her that they need to go on a Rumspringa (of course, Jess points out that it’s a real Amish tradition and not just a one-day thing for buddies). They take her to the Danish Town of Solvang, California.

Jess isn’t enjoying herself, so Nick and Schmidt do their best to get her to smile. She wants to go back home to work on her “morning announcement voice.” Schmidt tells Jess that she just has to exude confidence all the time.

Nick brings over an actor in full traditional Danish costume to help Jess enjoy the day. It’s a “game-changer.” She has 87 questions for the actor, assuming he’s really from Denmark.

At the bar, Ally insists that the pranks have to stop. Rhonda is “worried” about Winston marrying someone who doesn’t like pranks. Surprisingly, Rhonda agrees to a deal: she’ll sign the divorce papers if Ally, Winston and Cece take part in an elaborate prank for her. Cece hates the idea.

Nick is also trying to find stuff to make his room not look like an adult’s room at Solvang, which Jess is disappointed to learn closes early on Sundays. Schmidt is also freaking out now. To keep the party going though, Nick takes them to the distillery. When they go in, the door closed, so they get locked in. There’s no service and Nick doesn’t have the wi-fi password. How are they going to get out? 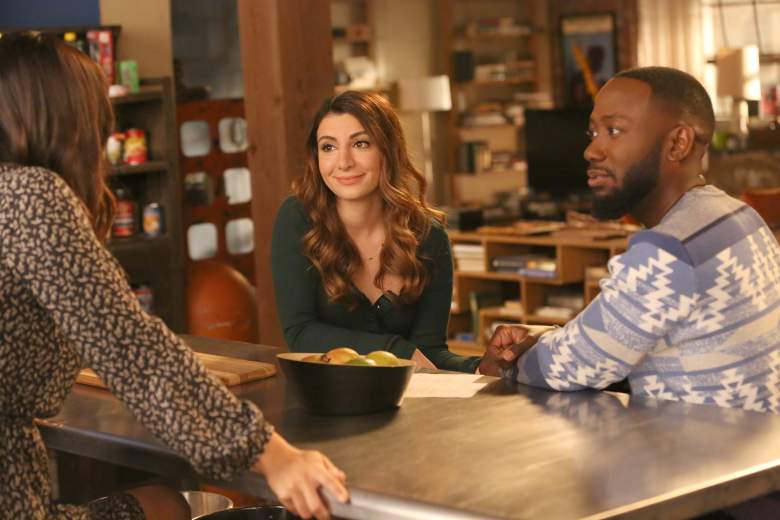 “Our bodies are trapped in this cellar, but our minds can go anywhere,” Nick says. He’s trying to get Jess and Schmidt to relax and have fun. But Jess is so aggravated, she pulls out the bird from a cuckoo clock. Jess tells him that this whole thing might have worked when they were 20, but they’re adults now. They can’t just forget about their problems.

“You’re right. Maybe I handle my problems like a child. Maybe I decorate my room like a child,” Nick realizes. He then figures out that Reagan thinks he behaves like a child, which inspires him to freak out, “and I’m usually the rock in this group!”

So it turns out that Rhonda’s new prank was on Dave. She pretended to be pregnant. When her friend pulled back the sheet, there was Ally’s head sticking out, between Rhonda’s legs. “You just got Rhonda’d!” Dave, of course, gets the joke.

But then Ally starts complaining that the jelly she covered herself with is burning her skin. Everyone is freaking out, even Rhonda. “You’re sorry? You should be, because baby doll, you just got Ally’d!” Now, Rhonda will finally sign the divorce papers for good and even gives them her blessing (even though no one asked for it).

Back at the distillery, it’s 4 a.m. and Jess realizes that she’s going to be late for her first day of work. Nick realizes that he needs to grow up, but Jess reminds him that he owns a bar and even wrote a novel. He’s already grown up! That’s not good enough for Nick though. There’s still so much left he wants to do. Nick also apologizes for “kidnapping” Jess. He just didn’t like to see her with first-day jitters.

As for Jess, she doesn’t understand how this could happen to her. She’s wanted to be a principal her whole life. Nick suggests a bottle of champagne will help. Schmidt realizes that the bottle might have a wire in the cork, which can be used as a key. Viola! It works!

Sadly, all three of them are too drunk to drive back to Los Angeles, so they call the actor from before. Schmidt tells him they can get him on the Price is Right to get him to drive them back. 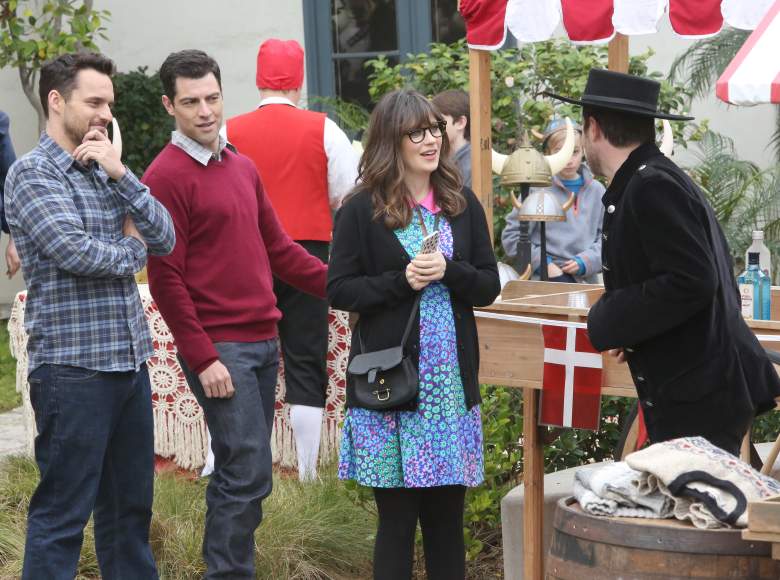 Back at the loft, Ally suddenly realizes that she enjoys pranking people. That really disappoints Cece, who can’t figure out why anyone would enjoy pranking so much.

“You see, it’s because we are pranks, don’t you see? In the bible, God created light and dark,” Winston explains. He says that humans are God’s prank to the animals who thought they had all the great stuff on earth to themselves. “And it was good.”

Cece is still puzzled. As she’s going over the divorce papers, she realizes that there’s an adoption slip. It turns out that Rhonda adopted Ally in Liberia. So now, Winston is Ally’s step-father.

After the actor gets Jess to school, they drop a bombshell: they can’t really get him on The Price Is Right. Bummer. Schmidt gives the actor $300 and he leaves them.

In the car, Jess explains that school is actually closed today. But there are kids going inside. They realize that Jess is just getting freaked out again. Nick tries to calm Jess down (while Schmidt stands outside with bottles of his own urine). Nick realizes that Jess must be scared that she’s finally reached her ultimate goal. “As a guy who’s never had a path like that, I’m personally excited to see what happens next,” he tells her. Jess decides to finally go to work and he happens to have her blazer.

Just before going in the school, Jess says she likes Nick’s room the way it is. “It has a style… it’s you.”

The next episode of New Girl is titled “Young Adult” and airs on February 28. The description reads, “Jess recruits Nick and The Pepperwood Chronicles to help make her a cool principal.” 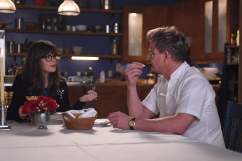 Read More
FOX, New Girl, TV
In the new episode of New Girl, Jess and Schmidt freak out about their new jobs. Read our recap here.