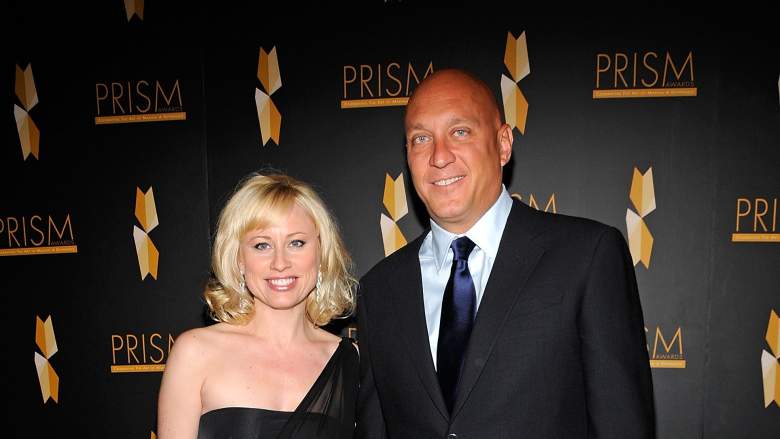 Steve Wilkos, the host of The Steve Wilkos Show, is married to Rachelle Consiglio-Wilkos, a former Jerry Springer executive producer who now works on his show. Wilkos gained fame on Jerry Springer as the host’s security guard before getting his own show in 2007. Rachelle is his third wife and the two live in Connecticut.

The 52-year-old Wilkos and the 46-year-old Rachelle have two children – Ruby, 13, and Jack, 11. According to Celebrity Net Worth, Wilkos has an estimated net worth of $7 million.

Prior to his marriage to Rachelle, Wilkos was married to Rosae (1985-1987) and Hannah (1999). Wilkos also has an official Isntagram page.

Here’s a look at Rachelle’s life and career. 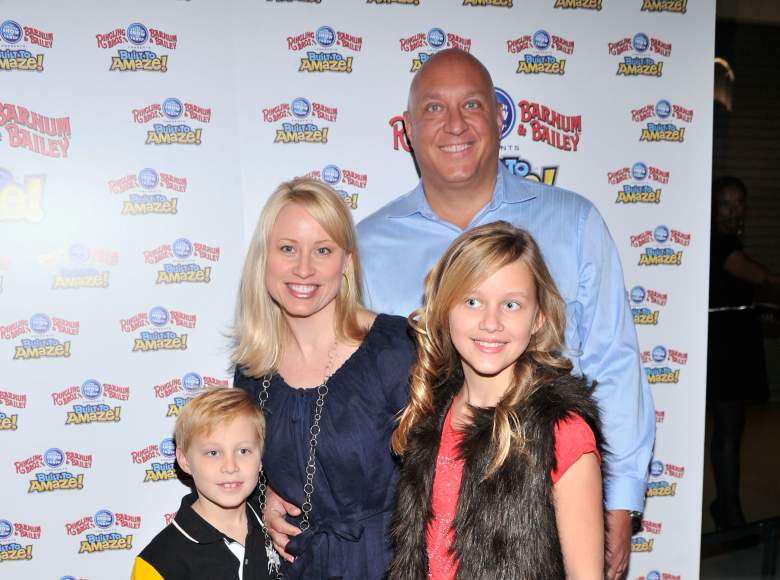 Rachelle was born in Set. Clair Shores, Michigan. She graduated from Wayne State University in Detroit with a degree in journalism.

According to her bio on SteveWilkos.com, Rachelle worked on The Jerry Springer Show for 18 seasons, rising to the level of executive producer in 2007. She was Supervising Producer during the ’90s, overseeing Springer’s best seasons. Her best month was Febraury 1998, when Springer became the first syndicated daytime talkshow to beat The Oprah Winfrey Show in 10 years. Springer went on to beat Oprah in 57 of 59 weeks and six straight sweeps periods.

2. Her Mother is Maggie Varney, a Hairdresser Who Founded Wigs 4 Kids of Michigan

Rachelle’s mother is Maggie Varney, who has been in the beauty industry for over four decades. She is also the founder and CEO of Wigs 4 Kids of Michigan, an organization that provides children with cancer or other diseases wigs.

Varney is also a member of the Macomb County Hall of Fame and received the Art Van Hope Award for her work with Wigs 4 Kids.

“Maggie noticed a need to help young people and families in their struggle with health challenges causing hair loss,” reads her Wigs 4 Kids bio. “Utilizing her passion and expertise in the beauty industry, along with her business development experience, Maggie founded Wigs 4 Kids in October, 2003. Wigs 4 Kids provides wigs & support services at no charge to Michigan children experiencing hair loss as a result of illness and treatment.”

3. Rachelle & Wilkos Met While Working on ‘Jerry Springer’ & He Fell in Love Before They Started Dating

In an interview with Celebrity Parents Mag, Wilkos said that they met in 1995, when Wilkos was still doing security for Springer.

“I got to know her as a person; who she was as a woman, and as a producer from working together. I fell in love with her; I was in love with her even before we started dating,” he told the magazine.

“We were friends, but we had a connection. Then we started spending more time together at work, and we really hit it off. It was very sweet how we got together,” Rachelle said.

Rachelle told Celebrity Parents Mag that he told her she loved him when she was at a remote location once and he was her security. She recalled:

He said to me, “I need to talk to you about something,” and he told me to sit down. I got nervous, thinking about what it could be. Then, he said, “I love the way you look in the morning, I love the way you have your coffee,” and he went on and on. It was really romantic, especially coming from him because he’s such a tough guy. I was blown away, but I was happy because I had feelings, too. We took it slowly, and now we’re married with two children.

4. The Couple Live in Fairfield County, Connecticut & Have a Vacation Home in Wisconsin

The Wilkos family lives in a beautiful home in Fairfield County, Connecticut. They also have a vacation home in Wisconsin, where they spend the summer. They also like to visit Martha’s Vineyard in Massachusetts during the summer. According to the Hartfod Courant, their home has 11 rooms and is three storeys.

“This is a kid-friendly house, but I have to have order no clutter,” Rachelle told the Courant in 2010. “I wanted the house to have a place for everything but be a place where children can play anywhere.”

When HGTV asked Wilkos what drew him to their home in Connecticut, he said he loved the location.

“It’s close to everything and everywhere I go,” Wilkos told HGTV. “Being a parent, it was very important for my wife and me to be able to get to our children if they needed us. Their school and activities are all very close to our home and our jobs. I loved our house the minute I laid eyes on it, but having it in close proximity to everything really sealed the deal.”

The Steve Wilkos Show is taped in Connecticut.

5. Wilkos Says He ‘Needs This Woman to Get Through Life’

In the Celebrity Parents Mag interview, Wilkos said that his wife plays a really important role in shaping the show and his life.

“I need this woman to get through life. It’s true,” he told the magazine. “I would have made bad decisions without her. When I was younger, I was more hot-headed, and she has saved me in so many ways. She makes me see things in different ways. The show is about me reacting to stories and me getting to a certain place in the story. Rachelle knows me better than anyone, so it helps the show in that aspect.”

Indeed, Complex noted that she helps him stay serious in segments that don’t warrant a laugh. The site noted that during a segment about a brother and sister sleeping together, she did her best to stop him from breaking into laughter.

“I knew he had to get the giggles out for that,” Rachelle told Complex. “I was like, ‘OK, this is serious. This is serious to these people, and it’s really impacting their life and their marriages.’” 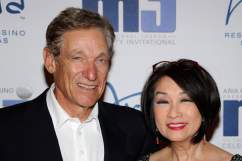