The feud between Rocko and Future continues.

The Atlanta rappers, famous for their 2013 collaboration “U.O.E.N.O.” have been at each other’s throats recently, with Rocko filing a $10 million lawsuit against Future for breaking his contract at A1 Records. The signed arrangement was that Future would release six albums under the label, which he has not honored with his latest release FUTURE. 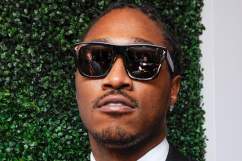 The “Low Life” rapper didn’t take kindly to the lawsuit, as he countersued for unpaid advances and went on a lengthy social media rant that led to him calling Rocko a “con artist” and noting that “fake n*ggas gone die.” Future went on the vent his frustration by saying “U embraced me as a brother at my worst & try to play me!”

Now, less than a day later, Rocko has responded to this aggressive allegations, taking to Instagram to post a few choice words of his own and a video clip. “I WASN’T A CON ARTIST WHEN I MADE SURE YOU GOT A LOOK IN ALL MY VIDEOS THO,” he writes in all caps, emphasizing the already noted anger, “OLE CAMERA SHY A*S N*GGA.”

The video speaks to this claim, as it features Future, Gucci Mane, and himself on the set of a music video, with Future noticeably uneasy about being in front of the camera. The “Mask Off” rapper has yet to respond to Rocko’s message. Read the original post below.

#PressPlay Yikes! #Rocko responds back to #Future's comments about him being a con artist! 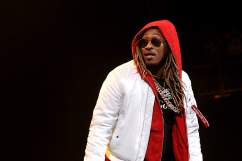 Future Rumored To Drop Another Album on Friday