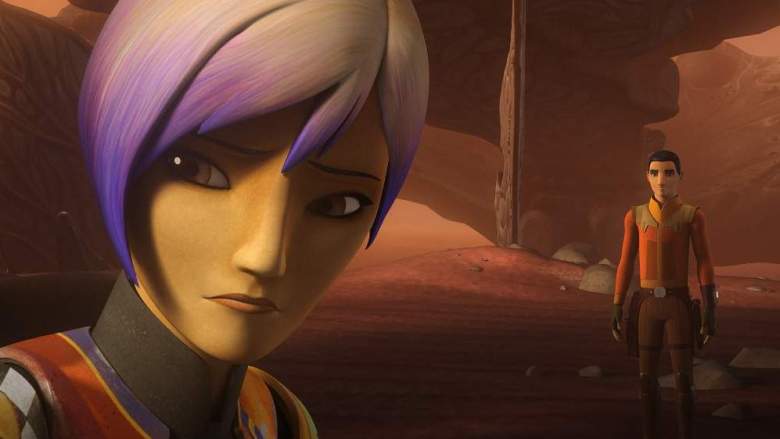 Almost a full month after “Trials of the Darksaber” aired, Star Wars Rebels is finally back with an all-new episode of Disney XD. The episode airs on Saturday, February 18 at 8:30 p.m. ET. Read on for a preview of the new episode.

“Legacy of Mandalore” continues the character arc for Sabine Wren that has its roots in “Imperial Super Commandos” and continued in “Trials of the Darksaber.”

Sabine will be returning to Clan Wren in the hopes of enlisting her mother’s help to rally Mandalore against the Empire and join the Rebellion. This will be no easy task, since even her own mother thinks that she is a traitor for her role in building an Imperial weapon to hurt Mandalorians and then running away. Of course, Sabine didn’t know the Empire was going to use the weapon she designed against her own people, who are now loyal to the Empire.

Now that she knows how to use the Darksaber, Sabine – along with the help of Ezra, Kanan and Fenn Rau – hopes to convince her mother to help.

CHANNEL: Disney XD (To find out which channel Disney XD is for you, click here to visit TVGuide.com’s channel guide. Change “Provider” to your cable/satellite provider.)

EPISODE DESCRIPTION: “Legacy of Mandalore” – “Hoping to enlist her family to help the rebels, Sabine returns to her home world with Kanan and Ezra but soon finds herself embroiled in her family’s power struggle for Mandalore.”

HOW TO STREAM: For directions on how to stream Rebels, click here.

For recaps on episodes directly related to “Legacy of Mandalore,” click below. 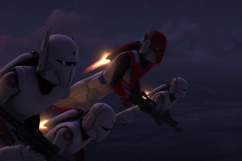 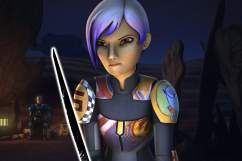