The drama continues on The Bachelor tonight with another new episode. Last week, Nick Viall let go several women and he started to wonder if his being the “bachelor” would actually have a happy ending. Tonight’s episode will feature dates with Nick Viall, but there will also be a large amount of focus on Viall’s semi-breakdown. Now, just a warning for major Bachelor fans; if you are NOT interested in reading spoilers on tonight’s episode, STOP READING NOW. Otherwise, read on for all the juicy details.

After suffering through an intense volleyball group date last week with the upset women and a shattering two-on-one date with Danielle L. and Whitney, a tearful Nick admitted to the women that he was unsure if this process would work for him this time. He leaves the bachelorettes and walks out on his chance to find his soul mate. Now, the drama continues as the women are dumbfounded after Nick’s exit and need to deal with the ramifications of this gut-wrenching blow that they have been dealt. All of Nick’s relationships are called into question.

Read on for spoilers on tonight’s show below. Keep in mind that Nick Viall’s breakdown may force some of the below spoilers to carry over to next week’s episode if the show runs out of time. 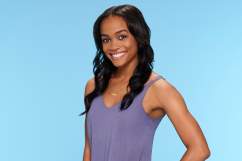 Rachel Lindsay – Is She the Next Star of ‘The Bachelorette’ 2017?

On tonight’s episode, Corinne says that she is determined to do anything to ensure that Nick Viall stays interested in her. She tells the cameras that her vagina “is platinum” and she decides to visit Viall in his hotel room. He lets her inside and the two share kisses before Corinne is shown guiding him into the bedroom and closing the door. So, does Corinne have sex with Nick Viall? At least this time, she definitely doesn’t, according to Reality Steve. Viall apparently realizes that it may not be the best decision to have sex with Corinne, so he ends up sending her away.

There Are Multiple Solo Dates

#tbt to the last rose ceremony. What will happen next?? #TheBachelor

We’re not sure if all of these dates will be shown on tonight’s episode or if some spill over into next week. Whatever the case, the next round of solo dates are Vanessa Grimaldi, Rachel Lindsay and Danielle Maltby. Maltby actually gets eliminated on her date and Reality Steve reports that the break up does not go over very well with Maltby, who takes the news rather hard. Both Grimaldi and Lindsay’s one-on-one dates go well for them. However, things between the two contestants apparently heat up as Reality Steve has stated:

At some point during Bimini is what I’ll refer to as the “Blow Up in Bimini,” and it happened between Rachel and Vanessa. My guess is it must’ve happened during the group date, since that’s when Vanessa and Rachel (along with Danielle) would’ve been at the room together. Hearing it got very heated and most were on Rachel’s side as they weren’t fans of Vanessa. Don’t know exact details of the fight other than it was the most talked about one of the season, had been building for a while, and these two slung barbs at each other pretty good.

We’ll have to see how much of the Vanessa Grimaldi and Rachel Lindsay fight they’ll show tonight.

As for the group date, Raven Gates gets the rose.

The Final Four Contestants Are …

"I love being in your arms." – Vanessa ? #TheBachelor

Danielle Maltby gets eliminated on her solo date with Nick Viall, which leaves Corinne Olympios, Rachel Lindsay, Kristina Schulman, Vanessa Grimaldi and Rachel Lindsay. However, there is one more girl who gets sent home before the hometown dates. Reality Steve reports that Viall goes to the girls’ room and eliminates contestant Kristina Schulman. There is no official rose ceremony after this.

Read More
Nick Viall, Reality TV, The Bachelor, TV
The Bachelor 2017 continues to heat up as Nick Viall has second thoughts. Get the best season 21 spoilers from tonight's episode, along with elimination info.